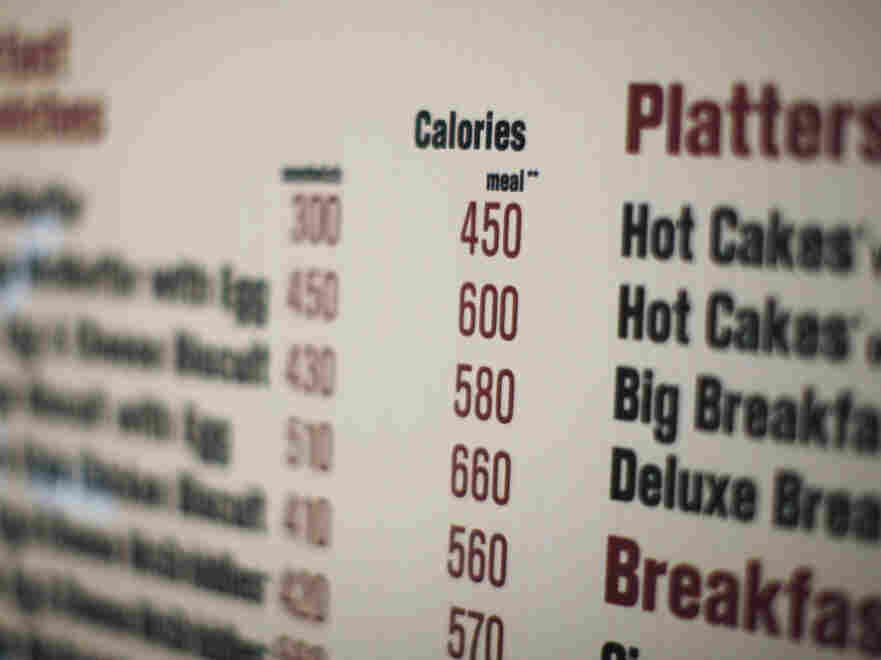 Calorie counts like the one on this McDonald's drive-thru in New York are intended to help people make healthier choices. But researchers say they're often too confusing. Ed Ou/AP hide caption 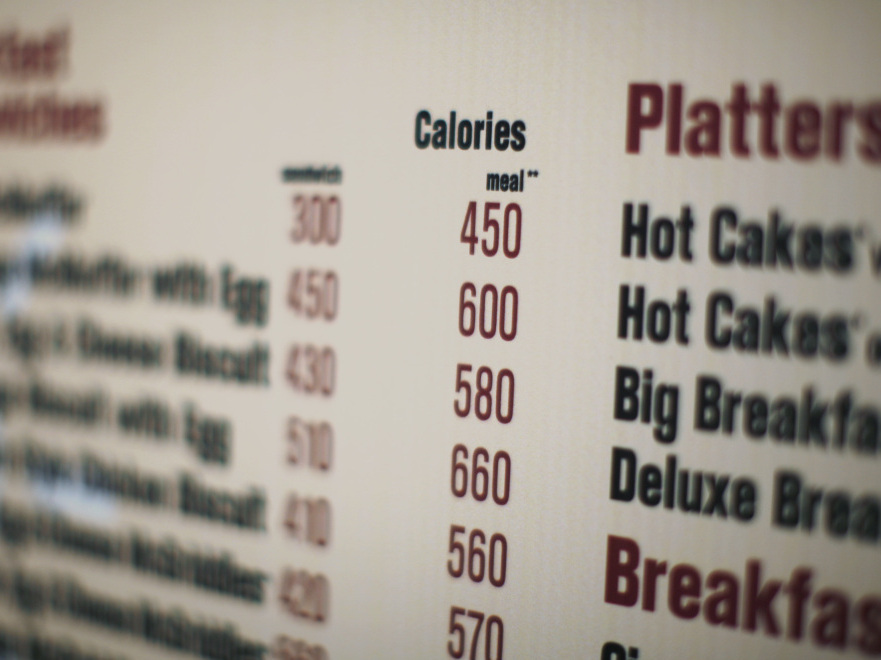 Calorie counts like the one on this McDonald's drive-thru in New York are intended to help people make healthier choices. But researchers say they're often too confusing.

It's a simple enough idea: Know how many calories are in those fast food meals, and you'll make a better choice between them.

But when students at the Columbia University School of Nursing tried to nail down the calories on 70 menus at 12 eateries in New York's Harlem neighborhood, they found it pretty much impossible, even with a calculator.

One big problem: Many items are listed with a calorie range, but with no clues as to how those ranges are determined. For example:

But the menu didn't list how many pieces of chicken were in that bucket, or how to pick a hero combo at the lower end of the calorie range.

When the students asked restaurant workers how to divide up the calories, they were just as confused. "They couldn't tell you if it had to do with size, or flavor," says Elaine Larson, a professor who helped conduct the study, which was published online this month in the Journal of Urban Health.

New York City started requiring calorie counts on menus in 2006. The 2010 Affordable Care Act extended those requirements nationwide. But if the New York experiment is any indication, fast-food eaters will find that data less than helpful.

And there's some evidence that tagging food with calories might not be the cure-all for obesity. A study April Fulton covered for Shots last year compared teenagers' and parents' fast-food choices in New York with those in New Jersey, where there was no calorie labeling. Many of the New Yorkers said they saw the calorie labeling, but they ended up buying as many calories as the New Jersey folks. Other recent studies have been inconclusive.

What might work better than calorie counts? Different portion sizes. Researchers are finding when restaurant patrons are offered smaller portions they can more easily avoid overeating, as Kristofor Husted reported earlier this month.

And another study of teens in inner-city Baltimore found that posting signs saying how much exercise it took to burn off a sugary soda pushed the students towards buying healthier drinks.