Accessibility links
Weird Winter Has Gardeners Itching To Plant, Despite The Risks : The Salt Gardeners are wondering whether this very warm winter means planting time's come early, too. Go forth and plant, our expert says. But be prepared for the heartbreak of a late frost.

Weird Winter Has Gardeners Itching To Plant, Despite The Risks

Weird Winter Has Gardeners Itching To Plant, Despite The Risks 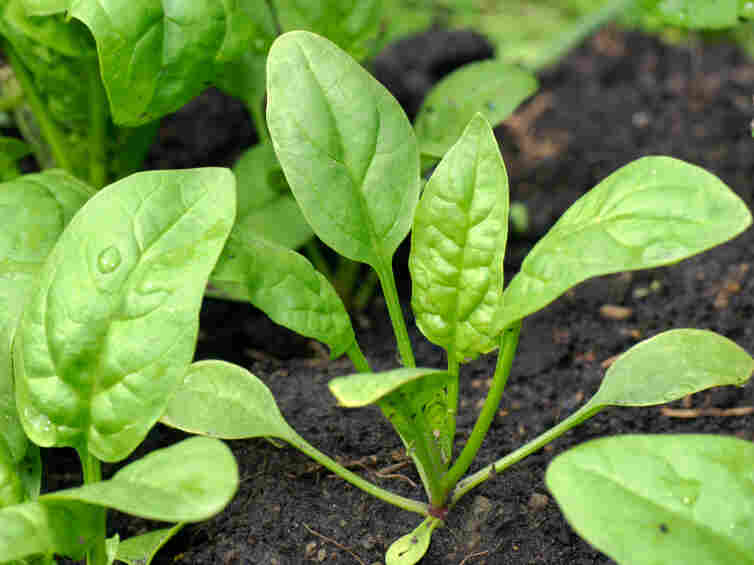 Plant now, and in a month your spinach might look like this. It's a hardy plant that can survive late frost. iStockPhoto.com hide caption 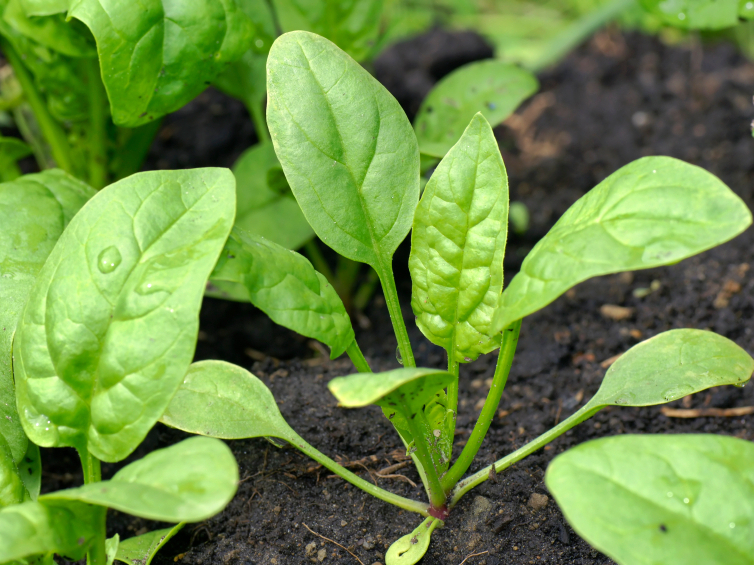 Plant now, and in a month your spinach might look like this. It's a hardy plant that can survive late frost.

Right about now, gardeners are aching to get out and plant. Usually, in the February dregs of winter, that desire is dashed by cold, wet, maybe even frozen soil. But this year is different.

Here in Washington, D.C., snowdrops came up almost a month ago, and the daffodils have been blooming for two weeks. It's tempting to think that if these harbingers of spring showed up three weeks ahead of schedule, it's safe to plant early, too.

I called up Scott Aker, head of horticulture at the U.S. Department of Agriculture's National Arboretum, for some wise advice. "Nobody ever thought we'd have this kind of weather," he said. "It's kind of crazy."

But he's ready to throw caution to the wind.

"You could sow right now," he said. "[That would] be rolling the dice a bit. But you could sow arugula, winter cress, and even give lettuce and carrots a shot."

Aker says that soil temperature is one big reason that gardeners can push the envelope this spring.

The astonishingly warm winter across much of the country means that the soil temperature may be up in the 50s during the day - warm enough to germinate seeds. Aker says he's already seen grass seed sprouting at the arboretum.

Cold isn't the only issue. Late winter soils are often too wet to till and sow, because the cold slows evaporation. But this year's warm temperatures mean drier soils, too.

Still, February gardening isn't for the faint of heart. The last frost dates — after which it is safe to start planting tender crops like beans — are not until April for the D.C. area. For now, Aker says, hardy crops like arugula, kale, and spinach are the best bets, because they can handle a bit of late frost. "Even some of the cole crops," he adds. "Broccoli, cabbage, things like that."

This year's warm spike is separate from the gradual increase in temperatures that have been charted over the past few decades. That trend prompted the U.S. Department of Agriculture to issue a new version of its "Plant Hardiness Zone Map" last month. Those zones are widely used by gardeners to figure out what plants will survive in the yard, and when to plant.

For guidelines on when to plant specific crops, seek out charts from the Cooperative Extension office for your state. The guidelines for my home state of Maryland warn against planting kale before April 1. But I'm ready to roll the dice.

"Your fingers are getting itchy," Aker says, laughing. He knows that feeling all too well. And he also knows that gardening is a gamble, no matter what the winter.

I know, I know. The warm spring may mean an early, scorching summer, or more bugs and fungus. Don't even mention the deer.

"You're really having to contend with everything nature can throw at you. Sometimes that's things on four legs. Sometimes it's weather. The gardener has to adapt."