Accessibility links
Seattle's First Urban Food Forest Will Be Open To Foragers : The Salt A community group in Seattle is transforming a 7-acre plot of land into a forest of fruit trees where neighbors will be encouraged to forage and meet each other. 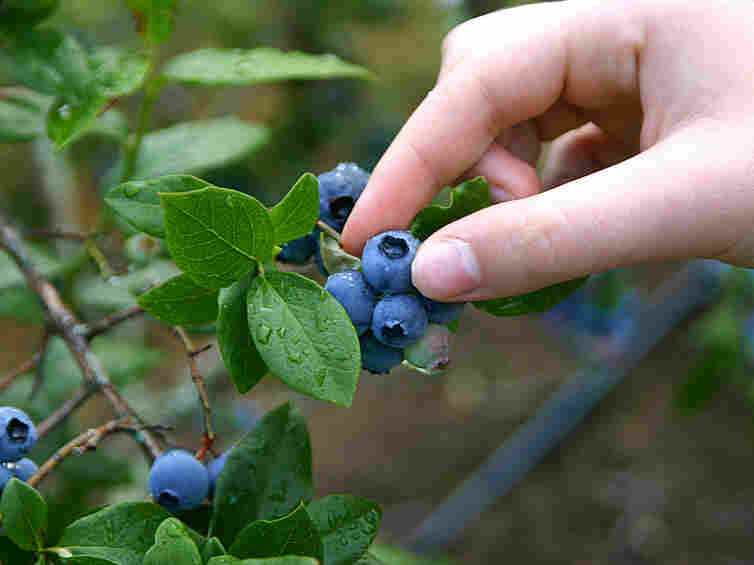 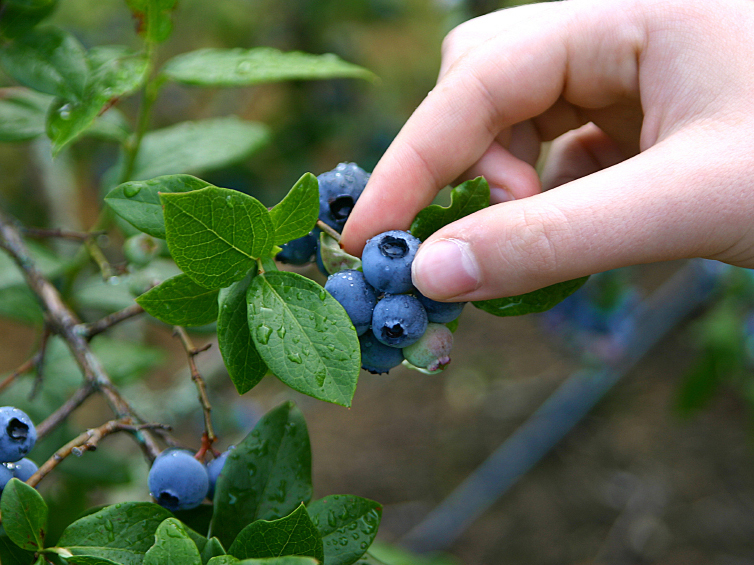 Designers of a food forest in Seattle want to make blueberry picking a neighborly activity.

If you're a regular reader of The Salt, you've probably noticed our interest in foraging. From San Francisco to Maryland, we've met wild food experts, nature guides and chefs passionate about picking foods growing in their backyards.

Now, Washington state has jumped on the foraging bandwagon with plans to develop a 7-acre public plot into a food forest. The kicker? The lot sits smack in the middle of Seattle.

The idea is to give members of the working-class neighborhood of Beacon Hill the chance to pick plants scattered throughout the park – dubbed the Beacon Food Forest. It will feature fruit-bearing perennials — apples, pears, plums, grapes, blueberries, raspberries and more.

Herlihy and a team first assembled their vision of a food forest in 2009 as a final project for a permaculture design class. 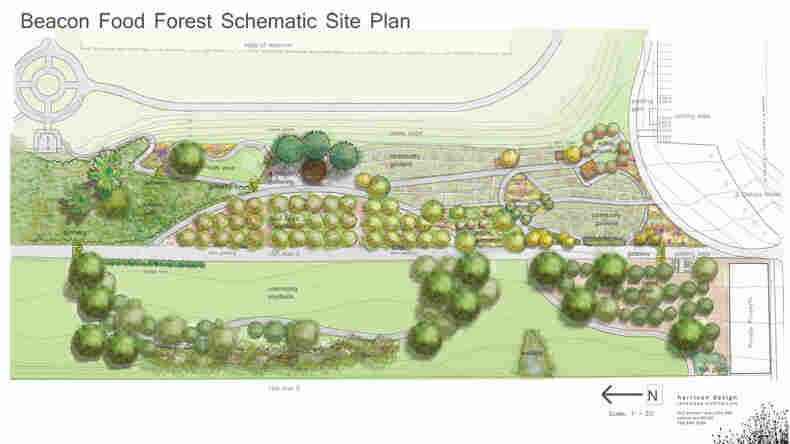 If all goes well in the food forest's 2-acre trial plot, the whole 7-acre park will look something like this. Courtesy of Glenn Herlihy hide caption 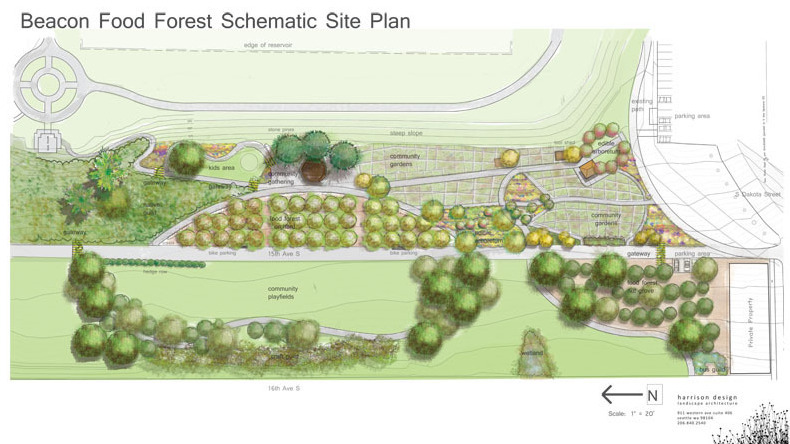 If all goes well in the food forest's 2-acre trial plot, the whole 7-acre park will look something like this.

After some community outreach, local support came pouring in for the idea. Herlihy and the Friends of Beacon Food Forest community group received a $22,000 grant to hire a certified designer for the project.

A local utility, Seattle Public Utilities, offered up the 7-acre plot, which could make it the largest, urban food forest on public land in the U.S., Glenn Herlihy, a steering committee member for the project, tells The Salt.

The group is currently working with $100,000 in seed money to set up the first phase: a 1.75-acre test zone to be planted by the end of the year. After a few years, if that section is deemed successful by the city, the remaining acreage will be converted to food trees.

Of course, any "free" food source begs the question of what to do with overzealous pickers. No definitive answer on how to handle that predicament has been established yet, though. According to Herlihy, the only solutions right now are to produce an abundance of fruit so there's enough for everyone and to embed "thieves' gardens" with extra plants in the park for those people eager to take more than their share.

For now, getting the park on its feet and drawing neighbors to its bushy terrain ranks highest on the totem pole of goals, Herlihy says. He hopes that the park will become a congregating area for the diverse residents of the neighborhood. "There's Vietnamese, Chinese, Filipinos, and Africans in the area. The Beacon Food Forest is a place where all ages and ethnicities can meet."

Eventually, garden plots in the forest will be available to lease to gardeners for $10 a year. Also, Herlihy says they hope to educate community members on the benefits of permaculture.

"It's a food system being developed in a neighborhood that's looking for more self-reliance," he says. "It's getting people together by having a common denominator: soil."