Accessibility links
Bloggers Replace Mom's Recipe Box As Source Of Food Knowledge : The Salt A new study says social media having an increasingly bigger influence over our food habits: Half of consumers use social networking sites, such as Twitter and Facebook, to learn about food. Almost as many seek out recipes on blogs and websites. 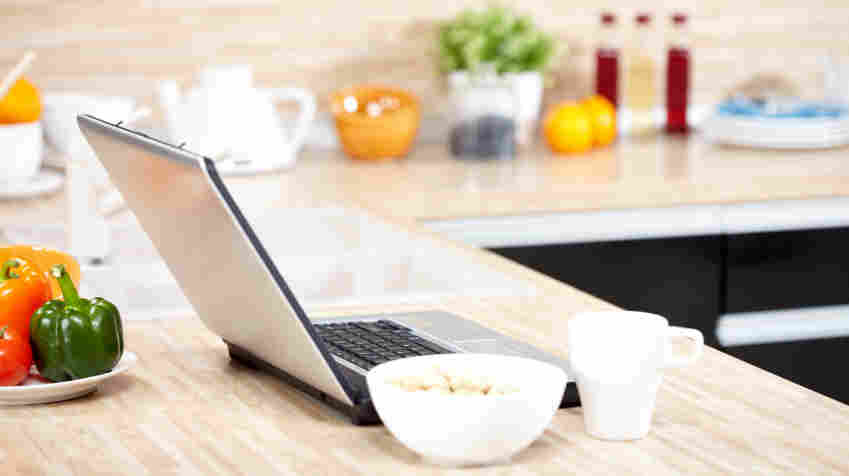 The laptop is replacing the recipe box in many American kitchens. iStockphoto.com hide caption 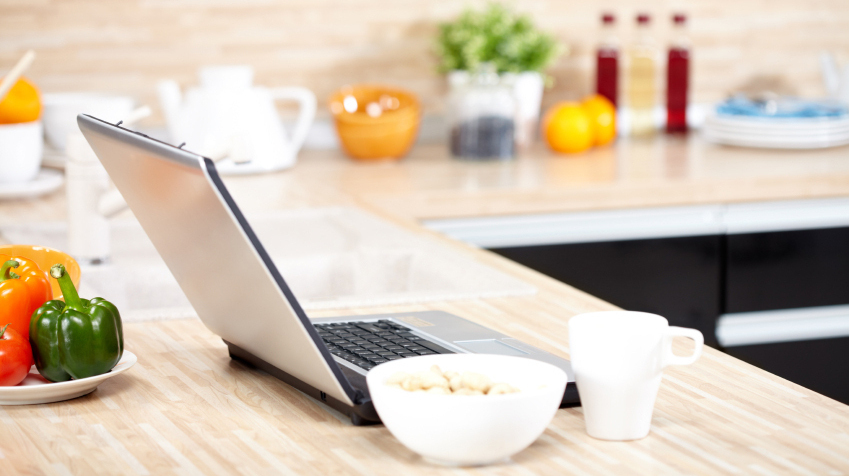 The laptop is replacing the recipe box in many American kitchens.

We're going to venture that just by nature of the fact that you're reading this blog, you count yourself as a member of the social mediarati.

If so, you, and a lot of other people, may sooner turn to Epicurious or Facebook to plan your next meal than your grandmother's recipe box or the Nestlé Toll House bag of chocolate chips in the cupboard. That's the word from the Hartman Group, a consumer research firm, and Publicis Consultants USA, a marketing agency.

Their study, entitled Clicks & Cravings: The Impact of Social Technology on Food Culture, used a combination of in-depth interviews and a national phone survey to probe the ways social media is changing food culture. This is research that's done for food companies, and so it costs a bundle. But Hartman was nice enough to let us take a peek.

This has some pretty interesting implications. For one, it's a big shift away from the days where new information about food, or recipes, came principally from family members and friends, print sources like newspapers and cookbooks, or advertising.

Now, that information could come from people you've never met, but have come to trust – the blogger behind Smitten Kitchen, for example, or the hundreds of people who gave 5 stars to a recipe on AllRecipes.com.

Today, people are also sharing food information online – 54 percent said they do, according to the study – with friends, family and strangers. Indeed, we at The Salt notice that many people are posting just as many photos of the food during their travels as their companions or the scenery.

The Internet is also changing our first sensory experience with food. For one, the researchers say, it's more visual – we're buying and learning about food online without ever tasting, touching or smelling it.

"People are imagining food as they look at food blogs, even though they may not actually cook it," Amy Sousa, an anthropologist and ethnographic analyst for the Hartman Group, tells The Salt. "This means people are also more engaged in food tends and culture. But it's not necessarily changing the way they eat."

Many are trying to engage anyway on Facebook and Twitter. Taco Bell and McDonalds, for example, have Twitter accounts, with 343,000 and 165,000 followers, respectively. But they're still trailing far behind Anthony Bourdain, who has almost one million followers at @NoReservations.