Accessibility links
Into The Wild Science Of Sourdough Bread-Making : The Salt Joe Palca told his sister, a baker in Brooklyn, N.Y., about a way to make sourdough bread using "wild" yeast starter. But she had a problem: It was sourer than she liked. Was there any way to wrestle it back from its acrid extremes?

Into The Wild Science Of Sourdough Bread-Making

Into The Wild Science Of Sourdough Bread-Making 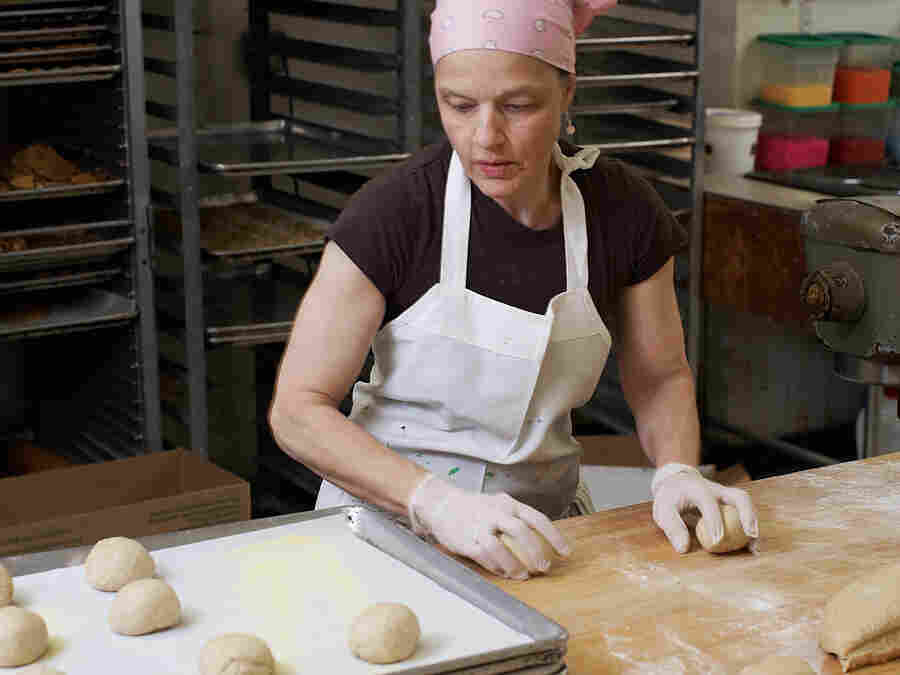 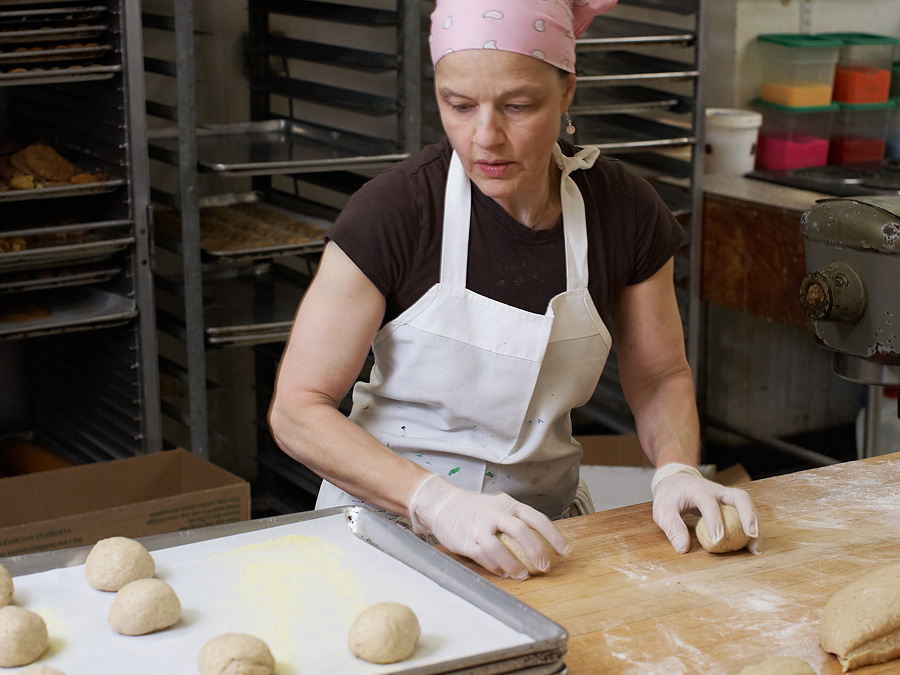 Margaret Palca in her bakery in Brooklyn, N.Y.

My sister is no science writer, and I'm no baker, but recently our worlds melded in a surprising way.

Here's what happened: Last October, I attended a workshop on artisanal bread and cheese-making at Salt Water Farms in Lincolnville, Maine. Farm manager Ladleah Dunn introduced us to the concept of making sourdough bread with levain, or starter, instead of packaged yeast.

I have to confess that I thought sourdough didn't have any yeast. Wrong. It can be made with a commercial yeast strain or "wild" yeast, harvested right from the air.

To make a wild yeast starter, you mix flour and water together, and wait for bubbles. Those bubbles are filled with carbon dioxide, and tell you the wild yeast has stumbled on the flour and water, and is digesting it.

Later, when you bake the leavened bread, the air bubbles expand in the intense heat, so your loaf isn't a solid brick but a chewy delight. It may even be denser and chewier that yeast bread, almost like a bagel.

I told my sister Margaret, owner and operator of Margaret Palca Bakes in Brooklyn, N.Y., about this, and she said, "I want to try this."

So Margaret made a starter from honest-to-goodness Brooklyn yeast, and then started to make loaves with it.

But she had a problem. She called to tell me that the bread made with this wild Brooklyn yeast was sourer than she'd like. Was there any way to wrestle it back from its acrid extremes?

I'll get to the bottom of this, I assured her. After all, I'm a science correspondent.

First step: find out what's causing the sour taste. I wrote to Robert Wolke, professor emeritus of chemistry at the University of Pittsburgh and author of What Einstein Told His Cook.

"The sour flavors come from lactic and acetic acids produced by inevitable environmental bacteria, which are working on the flour's sugars along with the yeast," he responded in an email. "Different bacteria make different sour flavors; San Francisco is awash in local bacteria species that makes its sourdough bread famous. So sourness per se in some ryes and many other breads is quite desirable."

OK, but how do you get rid of it if you don't like it? Wolke wasn't sure.

Next step: call Shirley Corriher, a food scientist and author of BakeWise: The Hows and Whys of Successful Baking. She said the trick to keeping the starter sweet was to slow down the metabolic rate of those Brooklyn bacteria. That way they won't produce as much acid. To do that, Corriher said Margaret should keep her starter chilled. Either that or feed it with fresh flour every two hours.

Margaret tried both – at least she refrigerated the starter and fed it three times a day instead of once a day. But it turned out that her customers had grown fond of the sourness. "I was the only one who wanted it less sour," she says.

But she's not finished with her experiment. "There are so many variables – the temperature of the water, how often you feed it, the flour, the kind of oven."

One thing Margaret would like to add, if you're going to try this at home, is that your best bet with leavened bread is to use a dutch oven, or a pot with a lid, if you want your bread to get a nice-looking crust. "You need to give it heat and steam all around; otherwise your bread will be ugly," she says.