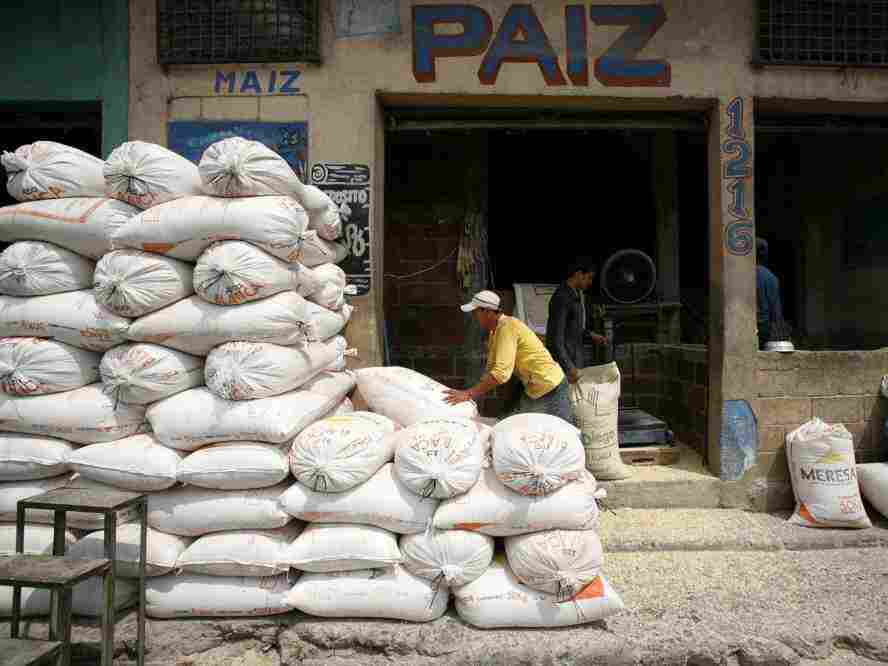 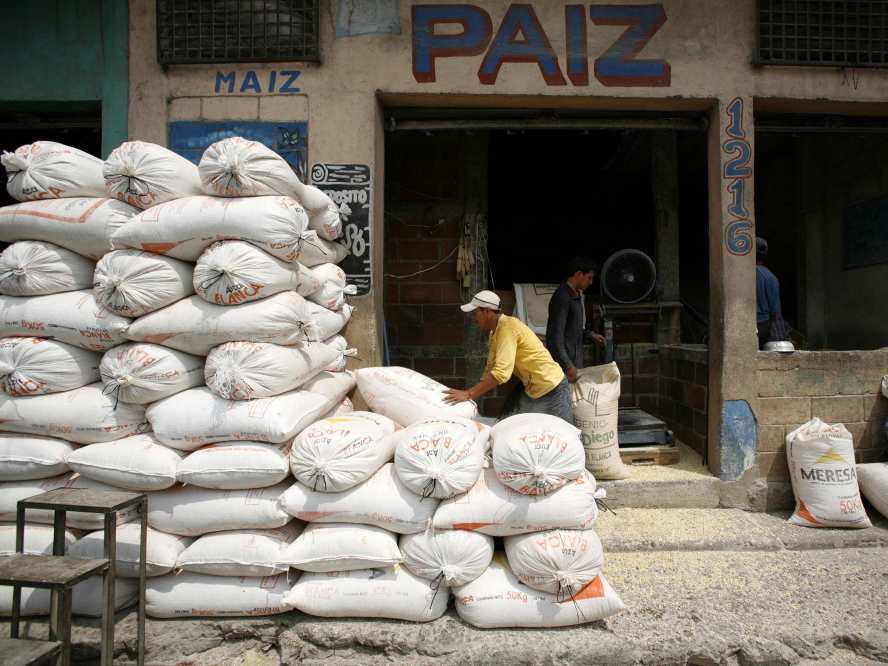 A worker piles sacks of corn at a market in Guatemala City.

There's finally some careful research that goes a long way toward resolving one of the hot debates over food aid — whether it's better to ship bags of rice and corn from the United States, or to buy food close to where it's needed. Emergency food supplies will be needed this summer, for instance, in the Sahel region of Africa.

The research — available as a collection of unpublished working papers — was led by Christopher Barrett, an economist at Cornell who has criticized U.S. food aid policies in the past. He found that most of the time, it's better to buy food close to where it's needed. But not always. And some of the reasons may surprise you.

Right now, most American food aid has to be acquired here in the U.S. and shipped to wherever it is needed. (Until 2008, all of it was.) American farmers like this rule; they say it increases demand for their product.

But critics have condemned the "buy America" policy, saying that it wastes money and time. If people in Niger need food now, they say, it would be much quicker and cheaper to buy that food in West Africa, where it is already available. This is called "local purchase," and the European Union has adopted it as standard practice for all food aid.

Barrett and his collaborators took advantage of some pilot projects that the U.S. began in 2008 to test the feasibility of buying food aid locally. They focused on countries where U.S. food aid was arriving through both systems, so that they could do a side-by-side comparison. The countries included Niger, Zambia, Bangladesh and Guatemala.

They found, first of all, that in almost all cases, aid agencies could get food where it was needed much more quickly if they could buy it nearby. Local purchase offers "a huge gain in timeliness," says Barrett. Most of the time, the food was also cheaper — although that varied, depending on the type of food.

Simple, unprocessed grain or beans were clearly cheaper in local markets; processed food such as oil sometimes was cheaper to ship from the U.S. The lesson from this is a simple one, the researchers concluded: Don't set up rigid rules that require food to be bought in any particular place. Buy food wherever it makes most sense.

The researchers also found that buying food locally did not, as some have feared, drive up prices in local food markets. By the same token, however, local purchase did not bring higher prices for local farmers.

In at least one case, however, buying local food did make life better for local farmers. The local purchase initiative allowed a school feeding program in Burkina Faso to buy some of its cowpeas nearby. They became a much more dependable market for local farmers, making it much easier for those farmers to sell their crops.

Perhaps most interesting, though not surprising, was the finding that when food was purchased nearby, people liked it more. "By almost any criterion, households much prefer the locally sourced food," says Barrett.

The new study is likely to be cited frequently on Capitol Hill this year, as Congress rewrites a farm bill that still requires most American food aid to be purchased in the U.S. Several organizations, including American Jewish World Service and Oxfam America, are pushing for a big increase in funding for the local purchase of emergency food aid.