Accessibility links
Inhalable Caffeine Maker Gets Warning Letter From FDA : The Salt When the inhalable caffeine product, known as AeroShot, hit college campus stores back in January, it caused a buzz, not all of it euphoric. Now the U.S. Food and Drug Administration has warned the company that makes it about the labeling and safety of its product. 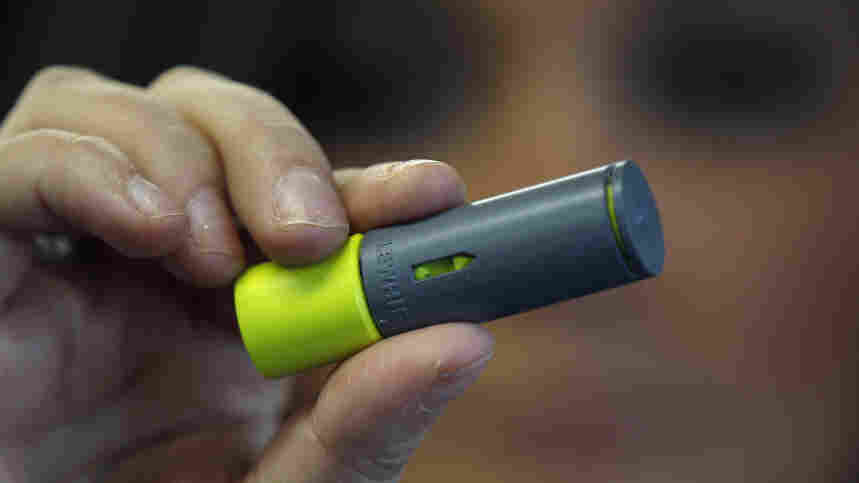 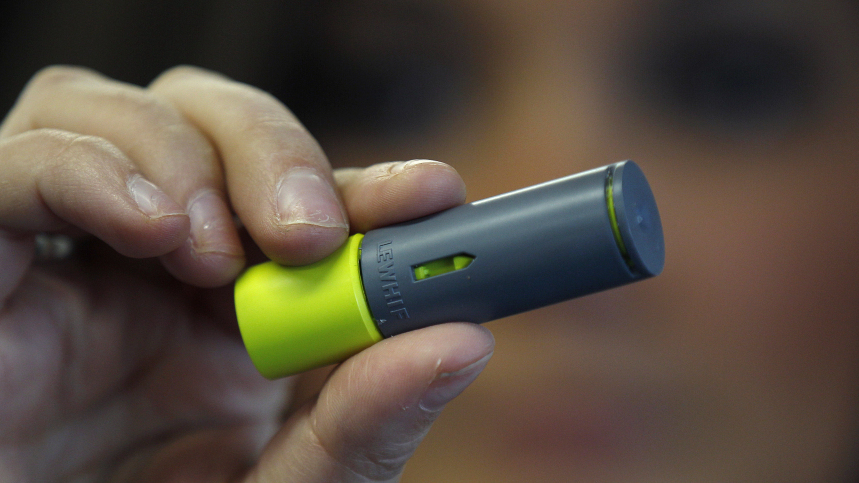 A woman holds an AeroShot inhalable caffeine device in Boston.

The U.S. Food and Drug Administration has sent a warning letter to the maker of a caffeine inhaler that's marketed around college campuses. The agency says it's concerned about misleading claims about the product and its safety.

When the inhalable caffeine product, known as AeroShot, hit college campus stores back in January, it caused a buzz, not all of it euphoric. The company behind it, Breathable Foods, is run by a Harvard graduate and a Harvard professor who came up with they say is '"breathable energy, anytime, anyplace." But then last month, the FDA said it wanted to review the safety and legality of the product. The American Academy of Pediatrics was also a touch concerned.

Back in December, one of the Aerohot creators told The Salt the caffeinated spritz could be an appealing alternative to sugar-laden energy drinks.

And indeed, their website claims the product can be swallowed. But the FDA says that presents a problem.

"A product cannot be intended for both inhalation and ingestion because the functioning of the epiglottis in the throat keeps the processes of inhaling and swallowing separate," the FDA said in a statement.

Regulators add that caffeine is not normally inhaled into the lungs and the safety of doing so has not been well studied.

The FDA also says they're also concerned about young people combining AeroShot with alcohol — something that the company promotes on its website. That combination is proving a dangerous one — just ask some New York pediatricians who saw a big jump in hospitalizations in kids after the formerly caffeinated malt drink Four Loko hit the market.