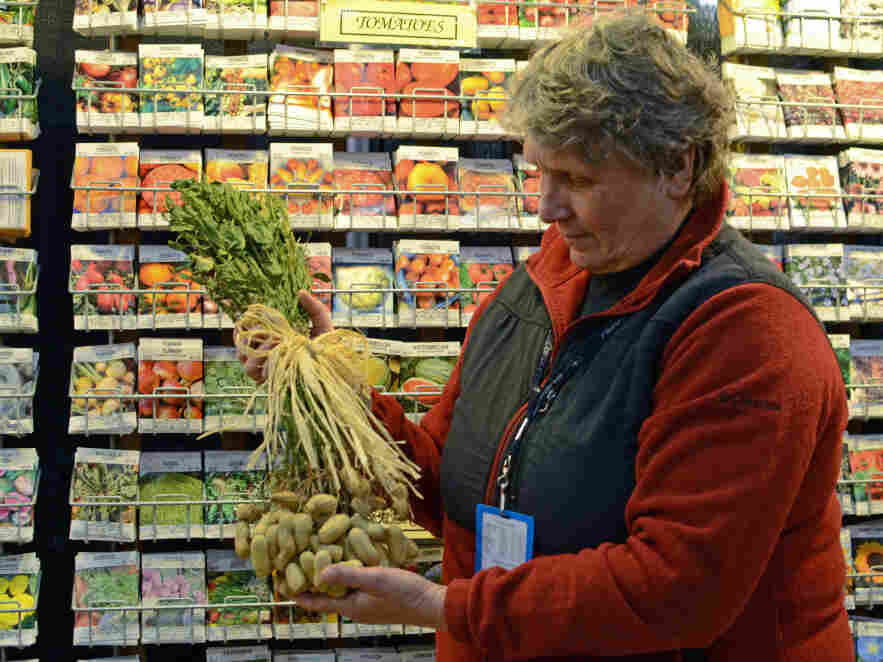 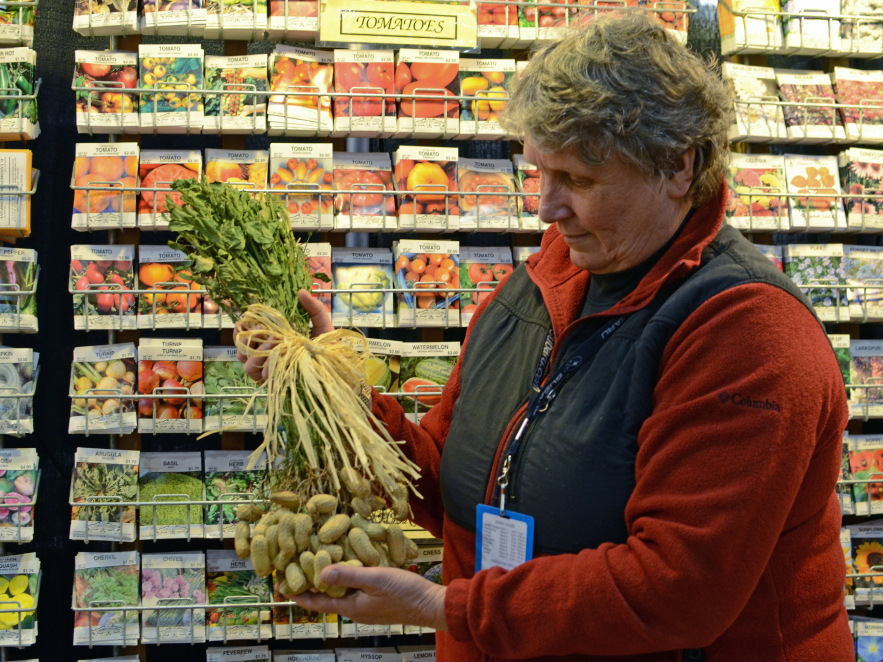 While members of the Constitutional Convention were in Philadelphia back in 1787, many stopped by the D. Landreth Seed Co. store to buy radishes, broccoli and parsley, among other things. Landreth counted American presidents from George Washington to Franklin D. Roosevelt as customers.

But despite its historic significance, one of the country's oldest seed companies has been struggling to survive.

Not long ago, D. Landreth Seed Co. President Barbara Melera was busy setting up her booth at the Philadelphia Flower Show. She says many of the seeds she sells, like fish pepper or cow horn okra, are extremely hard to find elsewhere.

The former venture capitalist says she knew Landreth was on its last legs, but its role in the country's history motivated her to try to save it.

"This family and this little company taught a nation of immigrants — over the 1840s, 1850s and 1860s — how to garden and how to live off and with the land," says Melera. "I don't think it gets any more significant than that."

Melera says when she bought Landreth in 2003, little effort had been invested in marketing its seeds and in staying current: The company was still doing accounting using index cards, and its reputation had deteriorated over the decades.

So Melera and her husband poured about half a million dollars of their money into Landreth and borrowed about a million more. The company is being sued by its creditors.

If Landreth goes under, it won't be the first.

John Torgrimson is the executive director of the nonprofit Seed Savers Exchange. He says dozens of seed companies have closed in recent years.

"When seed companies closed, a lot of the seeds that they carried was lost with them, especially some years ago," says Torgrimson. "Seeds that might not even be marketable now, 100 years from now might be the ace in the hole we need to figure out some kind of climatic conditions we can't even perceive right now."

Torgrimson says more people are interested in gardening than ever before, but it's easier and often cheaper to buy seeds at big-box stores. He says Landreth faces those challenges in addition to its debt.

Back at the Landreth flower show booth, Kate Venner, of Blacksburg, Va., says she's finding many seeds she has never seen before, like white tomatoes, purple potatoes and persimmon tomatoes.

Melera says that a good seed company will always have the important historic herb Americans called borage. But you're not likely to see it at Home Depot.

She gives her company just a 50/50 chance of surviving. Chinese investors are interested, but she believes Landreth should remain an American asset.

A judge could decide this spring whether to liquidate the company, or give Melera more time to pay back the debt.

Elizabeth Fiedler is a reporter for NPR member station WHYY in Philadelphia.