Accessibility links
Why Monsanto Thought Weeds Would Never Defeat Roundup : The Salt In 1993, Monsanto told government officials it didn't think its genetically engineered seeds would ever lead to resistant weeds. Now, it's clear the company was very wrong. 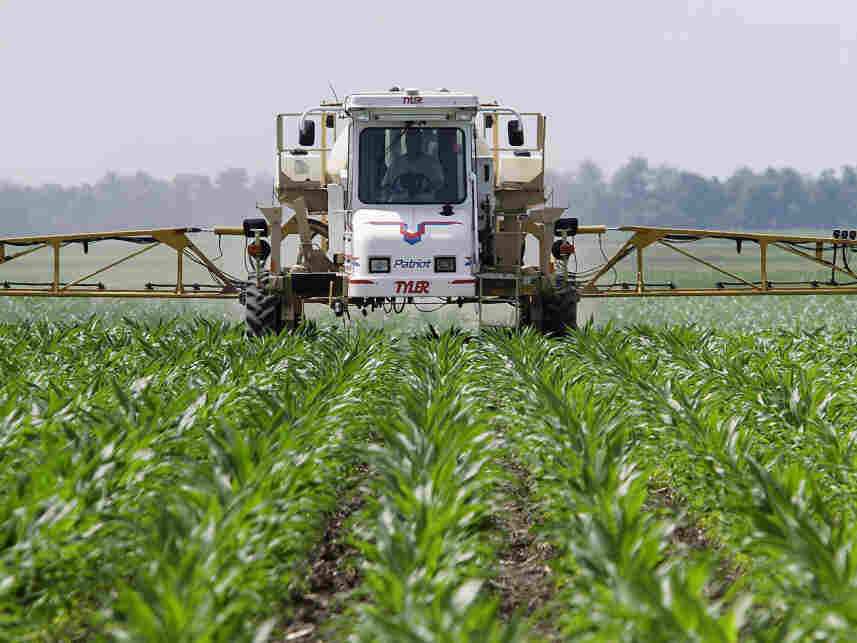 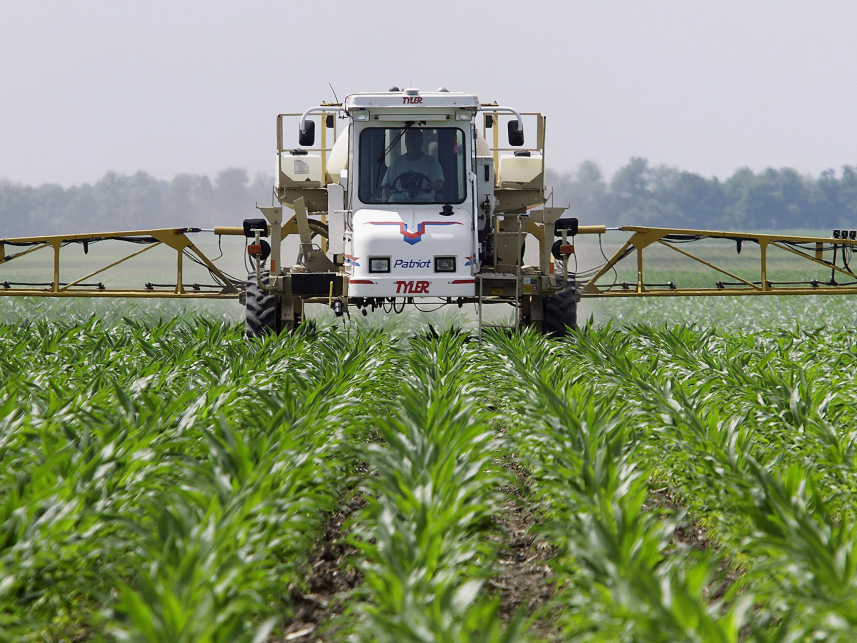 A farmer sprays the weed killer glyphosate across his cornfield in Auburn, Ill.

Since it seems to be Pest Resistance Week here at The Salt, with stories on weeds and insects, we might as well just pull out all the stops. So, next up: Why didn't Monsanto's scientists foresee that weeds would become resistant to glyphosate, the weed-killing chemical in their blockbuster herbicide Roundup?

In 1993, when Monsanto asked the U.S. Department of Agriculture to approve Roundup-tolerant soybeans, it dispensed with the issue of potential resistant weeds in two modest paragraphs. It told the agency that "glyphosate is considered to be a herbicide with low risk for weed resistance."

The company also wrote that several university scientists agreed "that it is highly unlikely that weed resistance to glyphosate will become a problem as a result of the commercialization of glyphosate-tolerant soybeans."

Oops. Since then, resistance to glyphosate has emerged in 20 different weed species.

I called up several people who were at Monsanto at that time. Why didn't people there think resistance would happen? They all told a similar story.

First, the company had been selling Roundup for years without any problems. Second, and perhaps most important, the company's scientists had just spent more than a decade, and many millions of dollars, trying to create the Roundup-resistant plants that they desperately wanted -- soybeans and cotton and corn. It had been incredibly difficult. When I interviewed former Monsanto scientists for my book on biotech crops, one of them called it the company's "Manhattan Project."

Considering how hard it had been to create those crops, "the thinking was, it would be really difficult for weeds to become tolerant" to Roundup, says Rick Cole, who is now responsible for Monsanto's efforts to deal with the problem of resistant weeds. Cole went to work at Monsanto in 1996, the same year that the first Roundup Ready crops went on the market.

So how did the company's experts react when weeds began to prove them wrong? "The reaction was, 'What is really going on here?' " says Cole. Monsanto began a "massive effort" to figure out how the weeds withstand glyphosate. Some weeds, Cole says, appear to keep glyphosate from entering the plant at all; others sequester the herbicide in a spot where it can't do much damage. Monsanto's genetically engineered crops use a different technique entirely.

"You sit back and you think, 'What could I have done differently?' " says Cole. Even if the company had tried to restrict the use of Roundup, Cole isn't sure it would have been successful. "Roundup Ready crops were such a revolution, and people embraced them so fast, that even if we had tried to do something different, people might not have done it," he says.