Accessibility links
Death By Bacon? Study Finds Eating Meat Is Risky : The Salt People who consumed about one serving of red meat (beef, pork or lamb) per day had a 13 percent increased risk of death, compared with those who were eating very little meat, a study found. 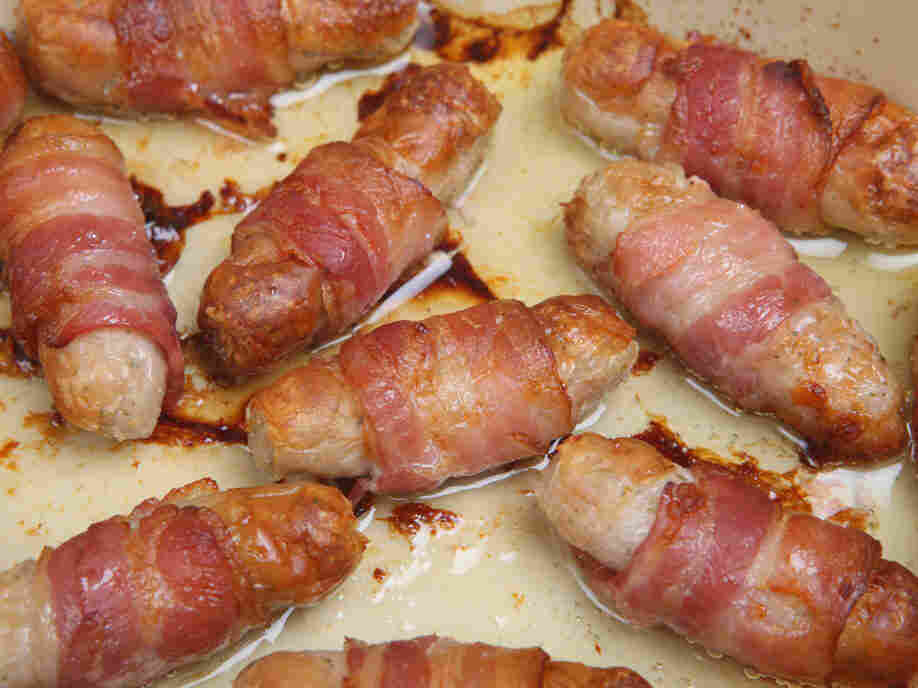 This would be considered a "once in a while" food. iStockphoto.com hide caption 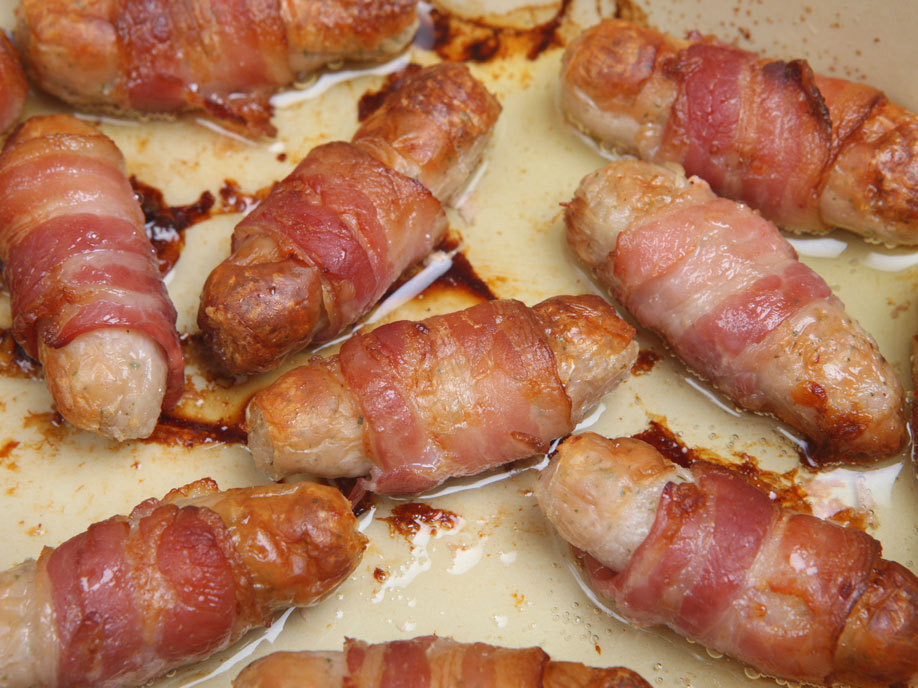 This would be considered a "once in a while" food.

Bacon has been called the gateway meat, luring vegetarians back to meat. And hot dogs are a staple at many a backyard BBQ.

But a new study published in the Archives of Internal Medicine finds that daily consumption of red meat — particularly processed meat — may be riskier than carnivores realize.

"The statistics are staggering," study author Frank Hu, a professor of nutrition and epidemiology at the Harvard School of Public health, told us. "The increased risk is really substantial."

So the question lots of meat-lovers may ask is this: What amount of red meat can we consume if we don't want to increase our risks of these diseases?

"We're not talking about a vegetarian diet " says Hu. "A moderate consumption, for example one serving every other day, I think is fine."

Death By Meat? It can be hard to digest these numbers, but here's how Hu and his colleagues came to these conclusions on red meat and mortality. They analyzed data from two huge studies — the Health Professionals Follow-up Study and the Nurses' Health Study — and included more than 100,000 men and women. Volunteers completed questionnaires about how often they ate meat and other foods. Researchers tracked participants for several decades, documenting the onset of diseases and death.

And what to do about bacon, sausages and other processed meats? Researchers advise cutting them back to a "once in a while" food. And lots of consumers have started looking for options with minimal processing, such as bacon without added nitrites.

McCullough says it's not clear why processed meats appear to be riskier. One theory is that the iron in meat works as a catalyst — to turn nitrites added as preservatives — into a particular kind of carcinogen in the body.

It's also possible that grilling the meat on a open flame explains part of the increased risk. "You're not only getting the nitrites, but you're also getting possible formation of carcinogens by cooking at high-heat temperatures or in direct contact with a flame" says McCullough.

The American Meat Institute Foundation disputes the findings that red meats including processed meats elevate the risk of cancer.

"I don't think there are a lot of risks associated with those processes [used to produce hot dogs or bacon]," says Betsy Booren, director of scientific affairs for the AMI Foundation.

"They're made from meat, which is needed in the body," Booren says. And she argues it's unfair to single out meat, when there are many risk factors for cancer and heart disease.

"It's your genetics and obesity. And it's overconsuming all foods, not just meat products" says Booren.

So maybe the meat scientists and the Harvard researchers do have something in common: Though they clearly disagree on risks, both seem to making the case for moderation.