Accessibility links
Cause Of Foul Pine Nut Taste Befuddles Scientists : The Salt Scientists trying to decipher the source of pine nut mouth, a vile taste some people get after eating the nutritious nuts, say they've been stumped in trying to detect a chemical signature for the problem. 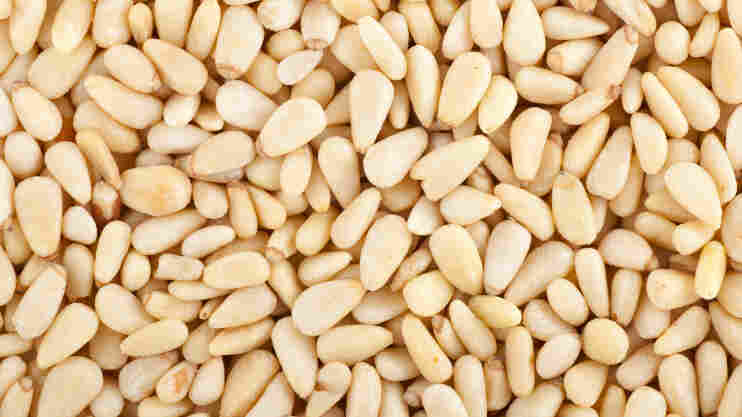 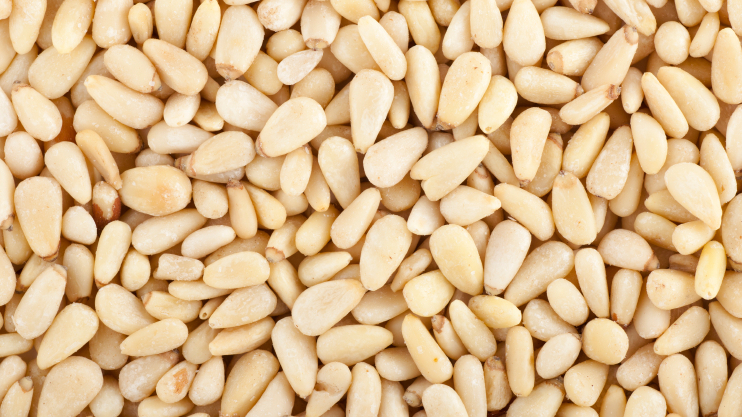 Scientists on the trail of "pine nut mouth," a nasty metallic aftertaste that some people get after eating the tender little nuts, have been stumped in their latest effort to zero in on the cause of the mysterious affliction.

Pine nut mouth first surfaced in 2000, when a person in Belgium complained about an intensely bitter taste in the mouth after eating the nuts. The taste can persist for one to two weeks. That's more than enough to put people off pesto forever, as NPR's Selena Simmons-Duffin discovered when she was afflicted with pine nut mouth after eating some nuts sprinkled on a salad.

A few weeks after the nasty sensation disappeared, and she hasn't had problems since. But she won't be trying them again anytime soon. "It's not worth it," Simmons-Duffin says.

Speculation has long raged as to whether the culprit is a Chinese variety of pine nut, Pinus armandii. It wasn't traditionally eaten in Europe and the United States, where most cases of pine nut mouth have cropped up, but has made its way into the global market in recent years.

Still, there's no firm evidence that P. armandii is the culprit. So scientists at the U.S. Food and Drug Administration tried to solve the mystery by running pine nuts through a gas chromatograph, and testing nut DNA, a la CSI. They used 45 samples, including 17 that had been associated with cases of pine nut mouth.

The seeds are hard to tell apart just by looking at them. So they figured they'd get a chemical signature off the fatty acids in the nuts that could make it easier to sort problem pignoli from innocuous nuts.

The dual testing method was better at identifying the nut species. But then the scientists discovered a new problem.

They found that most of the pine nuts sold in the United States come from a mix of species, including P. armandii, confounding the chemical analysis. "This is a big limitation," Ali Reza Fardin-Kia, an FDA scientist who led the study, told The Salt.

When they deliberately mixed nuts from two species not associated with pine mouth, P. koraiensis and P. sibirica, the fatty acid profile came back looking like P. armandii.

Their research was published in the Journal of Agricultural and Food Chemistry.

Adding to the mystery is the fact that it's still unclear if it's the nuts or the people that are causing the problem. The scientists say it could be both.

Tests run in Europe have have not found any chemical contaminants, chemical residue, or bacteria on the nuts. Not everyone who eats the same nuts has problem, so some people may have a genetic variation in how they taste that causes the problem.

"No one knows why people respond to eating pine nuts with this bitter aftertaste," says Jeanne Rader, a supervising research chemist at the FDA and a coauthor of the new study. "We don't understand the physiology yet. Once that's better understood, the question of a species being responsible or not will be easier to answer."

In other words: This mystery remains a tough nut to crack.