Accessibility links
There's More To Fixing Food Deserts Than Building Grocery Stores : The Salt A study finds that low-income shoppers care about more than just cost and proximity to fresh produce — they also want choice and quality if they're going to buy it. 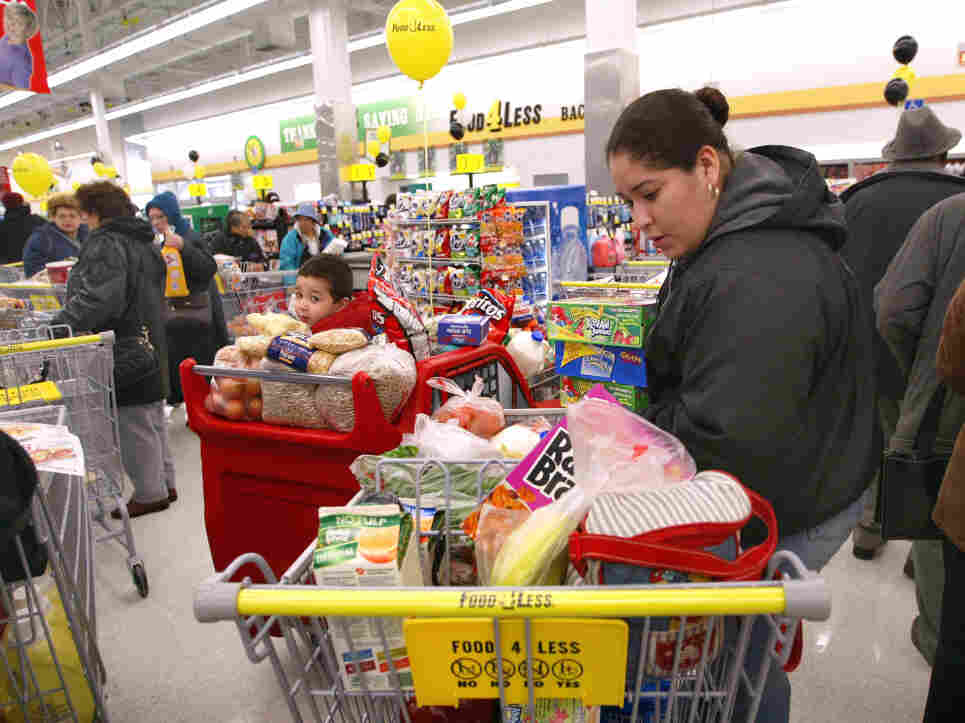 Concepsion Alcantar-Alvarez looks through her cart in the check-out line at a Food 4 Less store in Chicago. Tim Boyle/Getty Images hide caption 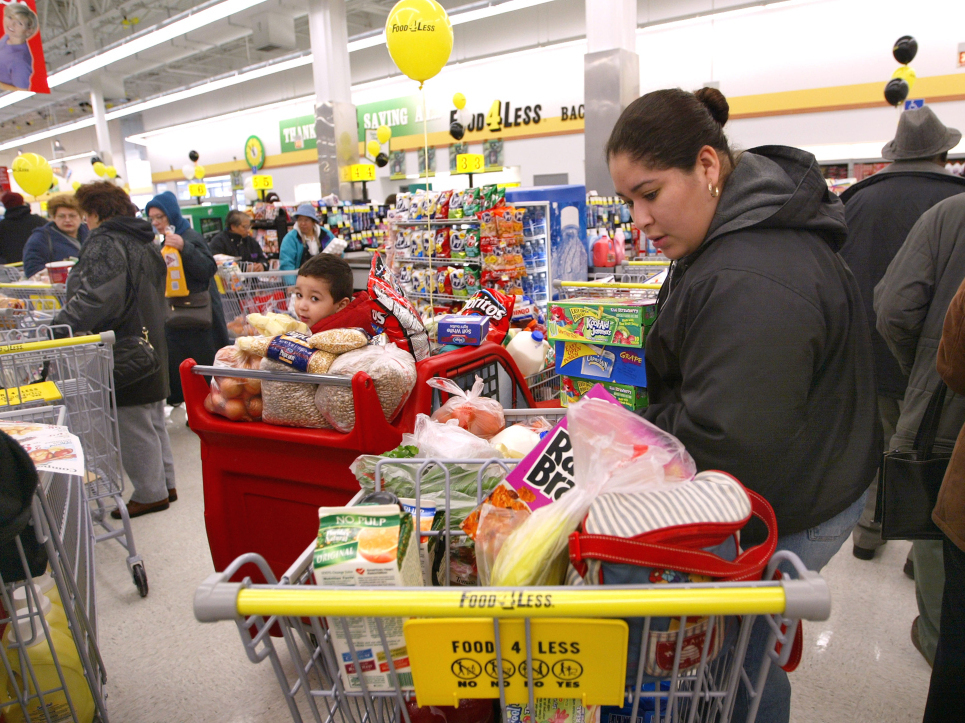 Concepsion Alcantar-Alvarez looks through her cart in the check-out line at a Food 4 Less store in Chicago.

There has been a lot of talk about what's wrong with food deserts. First lady Michelle Obama, for one, says far too many people can't access the fruits and vegetables they need to be healthy. Last year, she helped persuade several major retailers, foundations and small businesses to bring more healthful food to neighborhoods where supermarkets are scarce.

But researchers are finding that it's more complicated than "if you build it, they will come." A study finds that shoppers don't just care about cost and proximity to fresh produce — they also need choice and quality if they're going to buy it.

"Simply providing fruits and vegetables may not be enough if [they] don't meet the expectations of those people who are supposed to buy them," Jonathan Blitstein, a research psychologist at Research Triangle Institute and lead author of the paper, tells The Salt.

In other words, low-income shoppers dislike wilted lettuce just as much as anyone else. Not shocking.

The researchers found that the answers were closely related to what people ate. "People who had higher ratings for the places they usually shop for fruits and vegetables had greater intake [of produce]," says Blitstein. "[That finding] held across all different types of people, different age groups, ethnicity groups, men and women and regardless of people had greater economic need."

The study is "part of a growing body of evidence that the environment is important in terms of promoting good eating," says Shannon Zenk, a health systems scientist at the University of Illinois at Chicago, who also studies how environment affects health in Chicago neighborhoods.

Zenk says that what can also turn people off from shopping for healthful food is a lack of safety or cleanliness, poor customer service or poor treatment of customers.

Both Zenk and Blitstein say that except for their budgets, there is no difference between what low-income consumers and higher-earning consumers are looking for.

Still, Zenk says that there's no one-size-fits-all solution to increasing fruit and vegetable intake. That's why community members need to be at the table when public health experts try to get more healthful food into them.