Accessibility links
Intense Aromas Lead To Smaller Bites : The Salt People take smaller bites when a food has a strong aroma. That explains why we nibble on unfamiliar foods. But it also might be a way for people to eat less without feeling deprived. 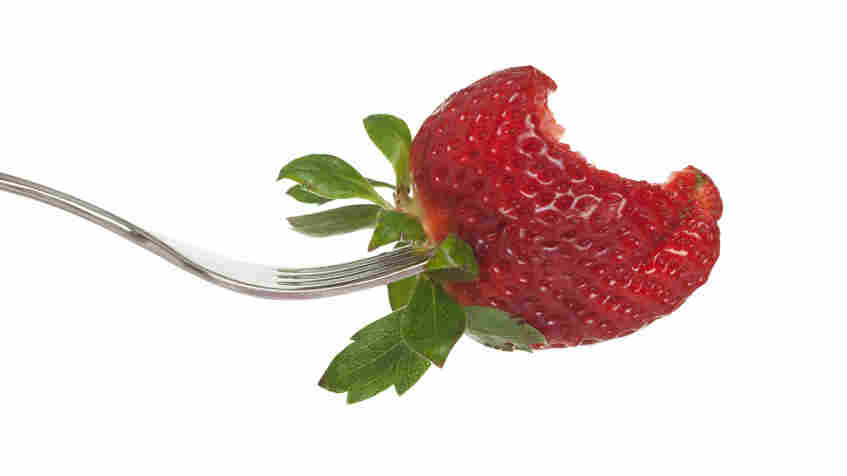 The stronger the aroma, the more likely you are to take a smaller bite, researchers found. iStockphoto.com hide caption 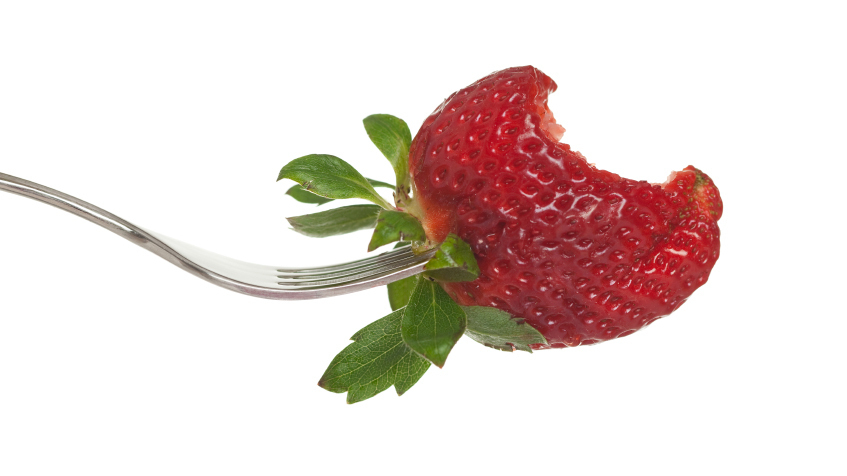 The stronger the aroma, the more likely you are to take a smaller bite, researchers found.

We've known for a while that a food's aroma has a big influence on our perception of how it tastes. Now it looks like smell also can affect how much we eat.

People who ate vanilla custard in a laboratory ate smaller bites when they smelled a stronger cream aroma, according to a new study. The stronger the smell, the smaller the bite.

The intensity of the aroma affected not just that bite, but the size of subsequent bites. It turns out that most people actively (though maybe subconsciously) regulate the size of their bites throughout a meal.

With this in mind, it's not hard to imagine that more intense flavors could be used to help people cut back on how much they eat. (Spicy foods can have other health benefits too, as Allison Aubrey reported last week.)

"Smaller bite sizes are known to elicit weaker food sensations, lower flavor release and more satiation," Rene de Wijk, a researcher at the Top Institute of Food and Nutrition in the Netherlands, wrote in the study.

That may be why we all take tiny bite when we try unfamiliar foods. We're reducing the risk of encountering a nasty taste. But the fact that we perceive smaller bites as more filling may be one way to help people cut back on food intake without feeling deprived.

To isolate aroma from other food sensations, the scientists set up a machine that delivered vanilla custard into the 10 study participants' mouths. They could control the size of the bite delivered. Then a cream aroma was piped into the peoples' noses, at varied levels of intensity. People had about 5 percent less in each bite when the cream aroma was stronger.

This is a really small study, so it's not clear if the aroma and bite effect works in general. But the same researchers have tested levels of saltiness in foods, and found that people took smaller bites when soup was salty.

The results were published in the new journal Flavour, which says it will be devoted to all things scientific and flavorful.

We here are The Salt are all in favor of flavor. And now it looks like it wouldn't hurt to embrace aroma, too.