Accessibility links
Activists Say Americans Support Labeling Genetically Modified Food : The Salt A coalition calling itself Just Label It released the results today of a survey it commissioned from The Mellman Group, a national pollster. The survey found that 91 percent of voters favor the labeling of food with genetically modified ingredients. 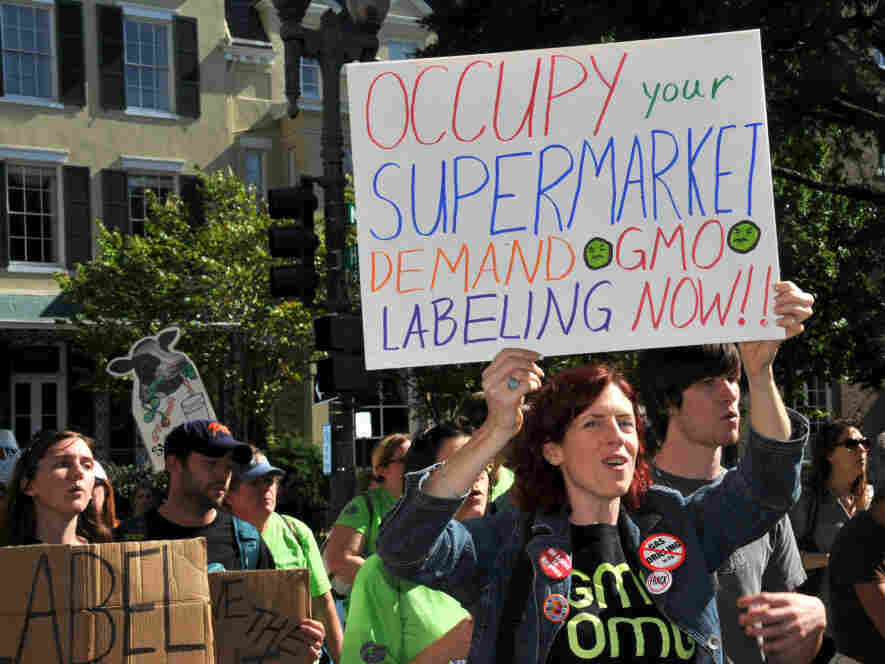 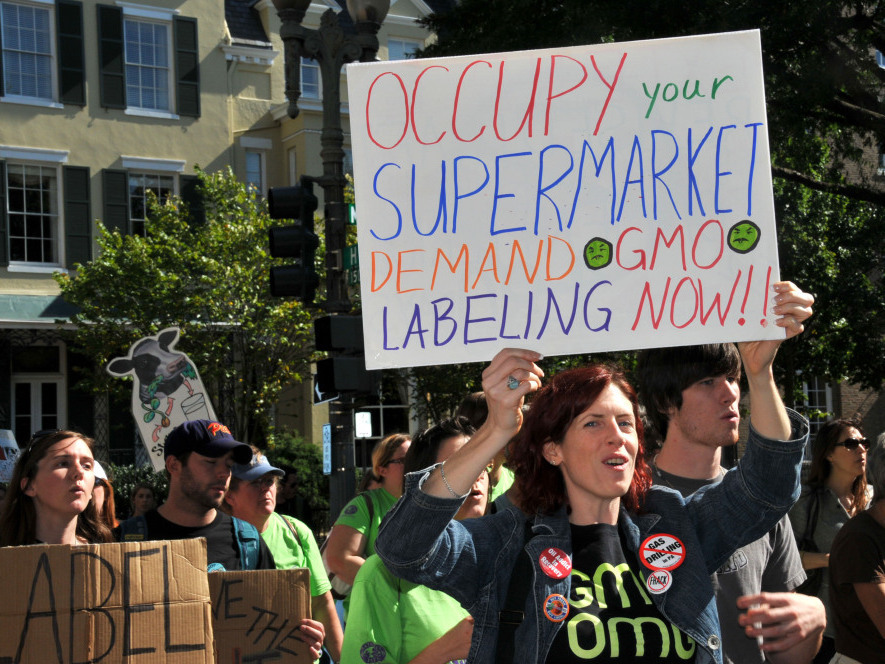 Activists who want genetically modified food to be labeled in the U.S. say there's more support than ever for their cause. As evidence, a coalition calling itself Just Label It released the results today of a survey it commissioned from The Mellman Group, a national pollster. The survey found that 91 percent of voters favor the labeling of food with genetically modified ingredients.

Some 40 countries around the world now require labels for GM foods. But the U.S. Food and Drug Administration has maintained a firm stance since 2009 that labeling is unnecessary. The agency says genetically modified food is essentially the same as other food and poses no safety risk.

But some 64 percent of the 1,000 people polled by Mellman in February said they believe there is a difference between GM food and non-GM food. Still, as our 2010 NPR-Thomson Reuters showed, a lot of Americans aren't sure what that difference is.

Noticeably absent from the Just Label It list of 500 partners are any big food companies, with the exception of Stonyfield, which makes organic dairy products. That's likely because about 80 percent of the packaged foods sold in the U.S. contain GM ingredients, like transgenic corn and soy, according to some estimates.

Though the FDA has shown little sign of changing its position, the Associated Press has reported that some 20 states are considering their own legislation that would require food producers to label GM food.

Industry groups like the Grocery Manufacturers Association and the Council for Biotechnology Information — whose members include Monsanto, DuPont, Dow AgroScience — are pouring funds into fighting the measures.

Just Label It has also filed a petition with the FDA, which the campaign says has already picked up 1 million signatures. The deadline for the FDA to respond was today.

Monsanto, one company that has developed many of the GM seeds that now dominate the marketplace, says labeling would undermine consumer confidence in the food supply. The company also argues that it's easy to avoid food containing GM ingredients by choosing organic products.

But as we reported last month, many organic farmers are concerned that GM pollen may drift onto their fields, thus rendering them unable to sell their products under a non-GMO label.