Accessibility links
Why 'Pink Slime' Isn't That Different From Other Meat Products : The Salt Consumers who led the fight against "pink slime" had food safety concerns and objected to the industrialized image of liquefied meat. But meat scientists say lean finely textured beef isn't much different from other products that end up in processed meat, like ham or turkey.

Why 'Pink Slime' Isn't That Different From Other Meat Products

Why 'Pink Slime' Isn't That Different From Other Meat Products 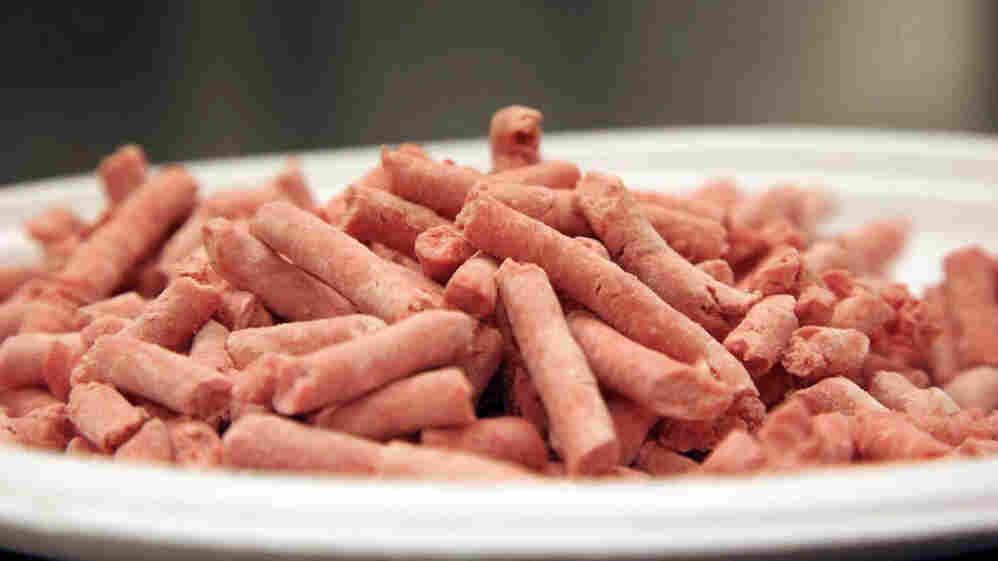 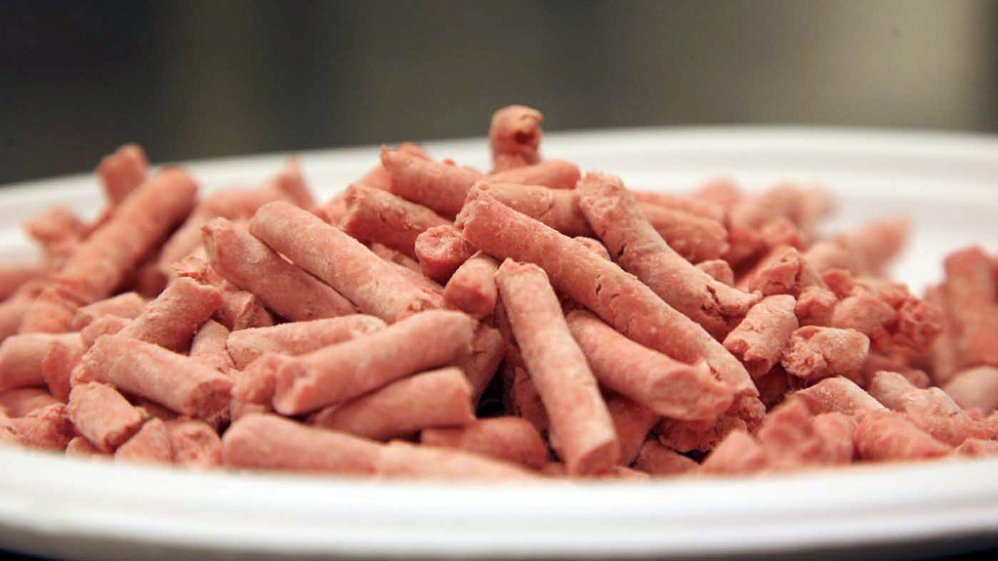 As we reported earlier this week, the company that makes the lean finely textured beef that earned the notorious moniker "pink slime" is closing three out of its four plants.

That came after Beef Products Inc.'s customers — who use the company's lean beef trimmings as a cheap addition to ground beef — backed away once retailers and a government school lunch program, pressured by consumers, said they would have to offer more ground beef without it. (The consumer push to remove the product from the food supply was largely motivated by safety concerns; one petition cited a 2009 story in the New York Times that mentioned records of E. coli and salmonella contamination of BPI's product.)

But aside from questions about safety, consumers also objected to the mere image of meat liquefied by a centrifuge. From an industry point of view, however, lean finely textured beef isn't a whole lot different from other products that end up in processed meat products, like ham or turkey.

Take, for example, deli-style ham slices — the kind of meat that a lot of Americans probably eat more often than ground beef. Edward Mills, associate professor of dairy and animal science at Penn State and a meat industry consultant, tells The Salt that processed ham also includes trimmings that are initially cut off the large pieces of muscle, and then chopped or emulsified. That semi-liquid meat is then added back in "to help bind the meat pieces together so that the whole ham is nice and smooth."

Still, the notion of eating the less desirable muscle tissue that ends up as trim remains unsettling to some consumers. And some have questioned whether this material is less nutritious than the rest of the meat. Fortunately, chemist See Arr Oh tackled that question nicely in a blog post for Scientific American yesterday:

"Consumers can certainly make valid arguments regarding [lean finely textured beef's] content: There's less overall 'functional' protein than that found in other meat products. An analysis conducted at Iowa State University (A.S. Leaflet R1361) found two-and-a-half times more insoluble protein (77 percent vs. 30 percent) relative to soluble proteins in ordinary ground chuck. Nutritionally, our gut bacteria digest much of what we cannot, but there's a good bet that we can't get as much value from insoluble proteins (collagen and elastin, found largely in tendons, ligaments, and cartilage) as from their soluble siblings (myosin and actin, usually associated with muscle tissues). While these proteins may be hard to digest, on the plus side, there's less fat in LFTB (~5 percent) than standard ground chuck (15-20 percent)."

Whether or not the product can be considered nutritious, it has become clear in the past few weeks that there's a lot we don't know about how processed food is made. And when we pull away the curtain, there's a lot that comes as a shock.

Many activists who came to believe that lean finely textured beef was a repulsive and potentially dangerous product have called the demise of BPI a "victory."

But others in the food industry say it's just the opposite. They say BPI became the unlucky victim of a big misunderstanding about food processing and the safety of lean finely textured beef.

Indeed, before the anti-"pink slime" fervor erupted this month, we here at The Salt didn't know much about ground beef. And it took us several days and many conversations with experts to understand it, and how companies like BPI handle food safety.

What's ironic, according to Mills, is that BPI was the "poster child for food safety and was very open about letting people into their plant. ... Of all the companies I've dealt with, they're not the one we should be attacking for food safety."

The company tested its product more often and for a greater variety of pathogens than the government required, giving the product a better reputation than straight ground beef, Mills says.

The closure of BPI plants, meanwhile, doesn't mean lean finely textured beef will vanish. BPI will still make some at its remaining operating plant. Other, much smaller companies may make it, too. But for the time being, most of the ground beef sold in this country will no longer include this product, and that means ground beef will almost certainly be more expensive.

"When you visualize pink slime, it's about as processed a food as you can get," says Mills. "But the food system that consumers should most be concerned with is the part they have control over themselves. The things you do in your kitchen are far more likely to have a direct impact on your health and well-being than the things you might be able to influence at the meat plant level."