Accessibility links
What Is Community Supported Agriculture? The Answer Keeps Changing : The Salt As community supported agriculture grows in popularity, some farmers are reinterpreting the idea to reach new consumers. Traditionalists worry that people are being diverted from the values that originally defined the CSA movement.

What Is Community Supported Agriculture? The Answer Keeps Changing

What Is Community Supported Agriculture? The Answer Keeps Changing 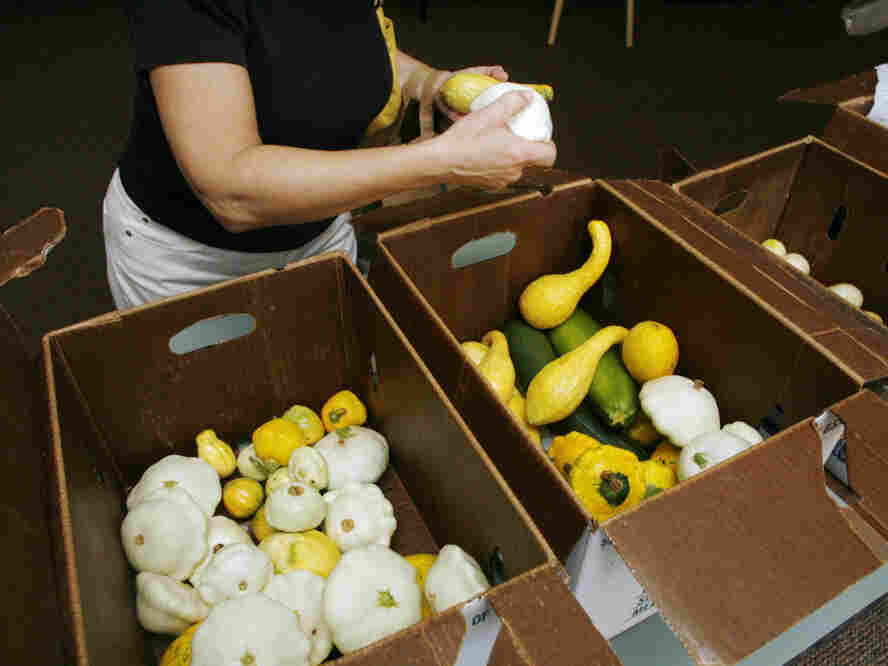 A member of the community supported agriculture program at Congregation Shearith Israel picks from boxes of squash and cucumbers in Atlanta. Some purists say CSAs are drifting away from their roots. John Amis/AP hide caption 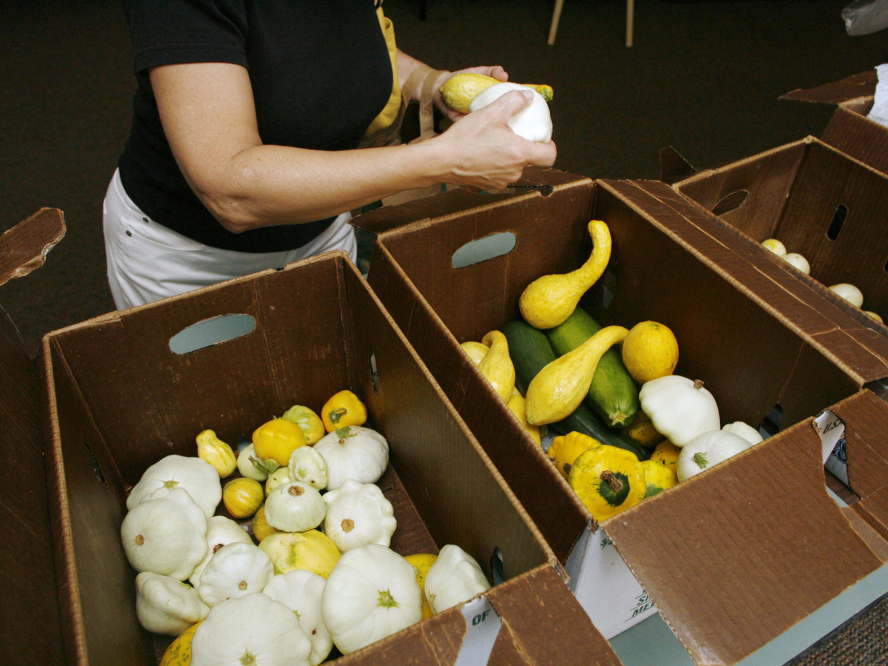 A member of the community supported agriculture program at Congregation Shearith Israel picks from boxes of squash and cucumbers in Atlanta. Some purists say CSAs are drifting away from their roots.

Community supported agriculture sounds so simple. Support a local farm, get to know your farmer, enjoy weekly deliveries of fresh produce, and rest easy knowing that you've voted for the local economy with your food dollars.

But as new CSAs spring up nationwide, many farmers are reinterpreting the idea – and that has traditionalists worried. One West Virginia farmer even runs a Facebook group to document what he calls "fake CSAs," which he says are misleading customers and diverting money away from local farms and farmers.

Allan Balliett is an old-school CSA advocate who began his own farm, Fresh and Local, in Shepherdstown, West Va., in 1995. He embraced the movement's emphasis on building relationships between consumers and their local farmers. Balliett saw CSA as an "emotional and nutritional necessity," an alternative to the industrial food system that he thought placed too much emphasis on profits and chemicals, at the expense of human and ecological health.

In the traditional CSA model, members buy a share at the beginning of the growing season. That provides farmers with up-front capital to grow and manage the farm. In exchange, consumers receive a weekly delivery of fresh, seasonal produce. They also take on the risk of a poor harvest. Ideally, the model builds community and personal connections around food.

"We're talking about a farm and a farmer in relationship with the people who are going to eat from that farm," Balliett tells The Salt. He says CSA represents "a spiritual renewal of agriculture."

But spiritual renewal may not be enough when consumers are used to finding year-round variety of imported fruits and veggies at the supermarket. So some farmers have adapted the CSA model to appeal to a wider – and perhaps less idealistic – audience, while still providing fresh produce from small farms.

Sometimes, this means a farm supplements its CSA shares with produce from other farms, or even from larger, regional co-ops. Sometimes the co-ops themselves run CSA programs, drawing on produce from dozens of partner farms – some of them hundreds of miles apart. And some CSA programs are run by customers who invest together in the harvest of one or more farms or co-ops.

In each of these variations, consumers get a better selection and may even get to pick the items they receive each week. And farmers get the advantage of reaching more people, or sharing administrative costs. But in exchange, both parties may lose out on the one-to-one relationship Balliett prizes.

Some folks are just fine with that. Casey Spacht is general manager and a member farmer of Lancaster Farm Fresh Cooperative, a nonprofit collective of 76 family farms in Pennsylvania. "We've all had our own CSA operations," in the past, Spacht tells The Salt, but they saw economic advantages in adopting a group model.

Spacht says the co-op does its best to maintain a connection between its customers and farmers, all of whom are within 150 miles of the co-op hub. The farms take turns hosting events where customers and farmers can meet, and the weekly CSA newsletter names the farm where each item was harvested, usually within 24 hours of delivery. "We are very transparent as far as what you're getting and who it was grown by," he says.

But Balliett says the notion of transparency is being watered down, and well-meaning consumers' food dollars are being diverted from the original goal of "trying to draw people into relationship with local farms and farming."

In the absence of a standard definition for community supported agriculture, it's up to individual consumers to decide whether the food they're buying meets their values and expectations - especially if they're looking for an old-school CSA.

"People should always try to talk to the farmer before they join a CSA," Balliett says. "If they're really concerned, they should go to the farm."