Accessibility links
What Foodies Heard During This Week's Supreme Court Arguments : The Salt When the Supreme Court justices talk, they let the food metaphors fly.

What Foodies Heard During This Week's Supreme Court Arguments

What Foodies Heard During This Week's Supreme Court Arguments 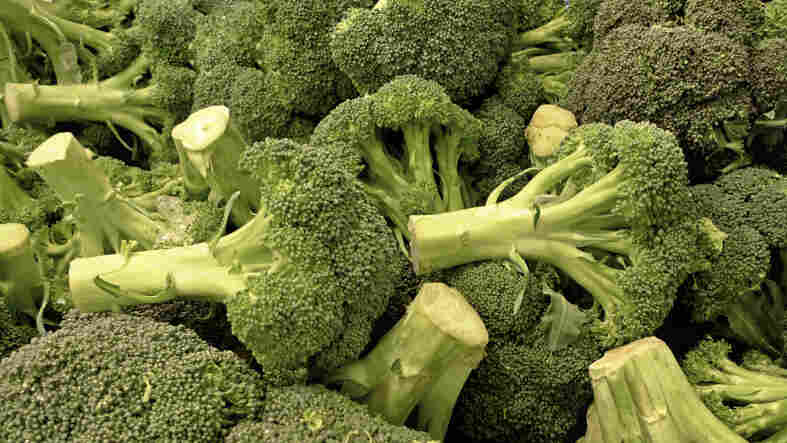 The broccoli was flying this week in the Supreme Court. J. Scott Applewhite/AP hide caption 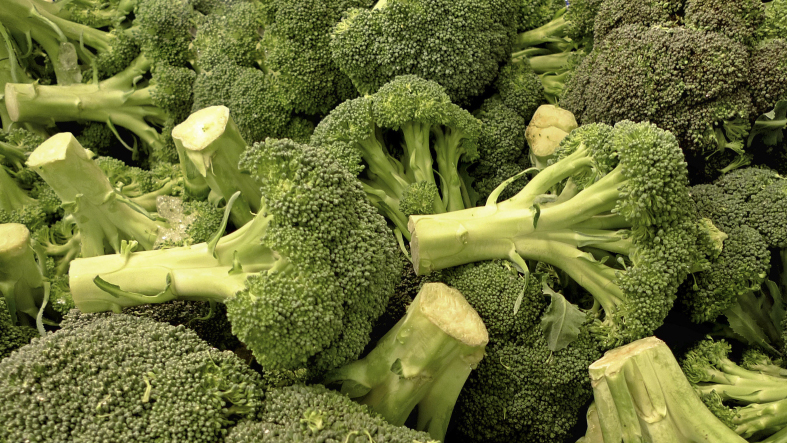 The broccoli was flying this week in the Supreme Court.

There were plenty of weighty questions bandied about during this week's historic oral arguments on the future of the health care law — which our colleagues over at Shots did an excellent job covering. But we here at The Salt couldn't help noticing that when the Supreme Court justices talk, they let the food metaphors fly.

By now, you've probably heard the most famous of these: the broccoli question. If the government can mandate you to have health insurance, can it also force you to buy broccoli?

The analogy was first invoked by U.S. District Judge C. Roger Vinson in 2010. During arguments in a district court in Pensacola, Fla., Vinson pressed a lawyer on just how far the federal government's powers go when it comes to regulating people's purchases: If it can compel people to buy health insurance, can it "decide how much broccoli everyone should eat each week?" Vinson asked. The line echoed so long and loudly that some have begun calling Vinson "the broccoli judge."

Food, it turns out, is very handy if you're trying to find easily digestible ways to explain complex legal issues, as the justices proved this week. Here's our quick list of where food showed up in the arguments.

If you wanted to support the price of wheat, Paul Clement, the attorney representing the 26 states challenging the health care law, noted at one point, "it would have been much more efficient just to make everybody in America buy 10 loaves of bread."

Bologna: Justice Elena Kagan pressed Clement when he suggested the problem was that everyone was not in the health insurance market, but the government wanted them to be. "Well, doesn't that seem a little bit, Mr. Clement, cutting the bologna thin?" she asked.

Broccoli: But the gustatory prize of the hearings goes to broccoli, which was invoked nine times on Tuesday alone, most memorably by Justice Antonin Scalia, who revived Vinson's old broccoli line for effect.

"Everybody has to buy food sooner or later, so you define the market as food, therefore, everybody is in the market; therefore, you can make people buy broccoli," said Scalia.

Solicitor General Don Verrilli Jr., who led the government's defense of the Obama health care overhaul, responded, "That's quite different. The food market, while it shares that trait that everybody's in it, it is not a market in which your participation is often unpredictable and often involuntary."

Surprised by broccoli's prominence in the debates were broccoli growers themselves. "I think it's been kind of a compliment that it's been brought up with the Supreme Court discussions this week as a great example of a healthy and nutritious food," Ron Midyett, the CEO of Apio, a grower and shipper of broccoli, told Melissa Block yesterday on All Things Considered.

Then again, maybe it's not so surprising that the justices had food so prominently on the brain. After all, most of the oral arguments did take place right before lunch time.