Accessibility links
Battling 'Red Tide,' Scientists Map Toxic Algae To Prevent Shellfish Poisoning : The Salt Scientists with the National Oceanic and Atmospheric Administration are working to prevent outbreaks by tracking when and where red tide in Puget Sound will happen next. 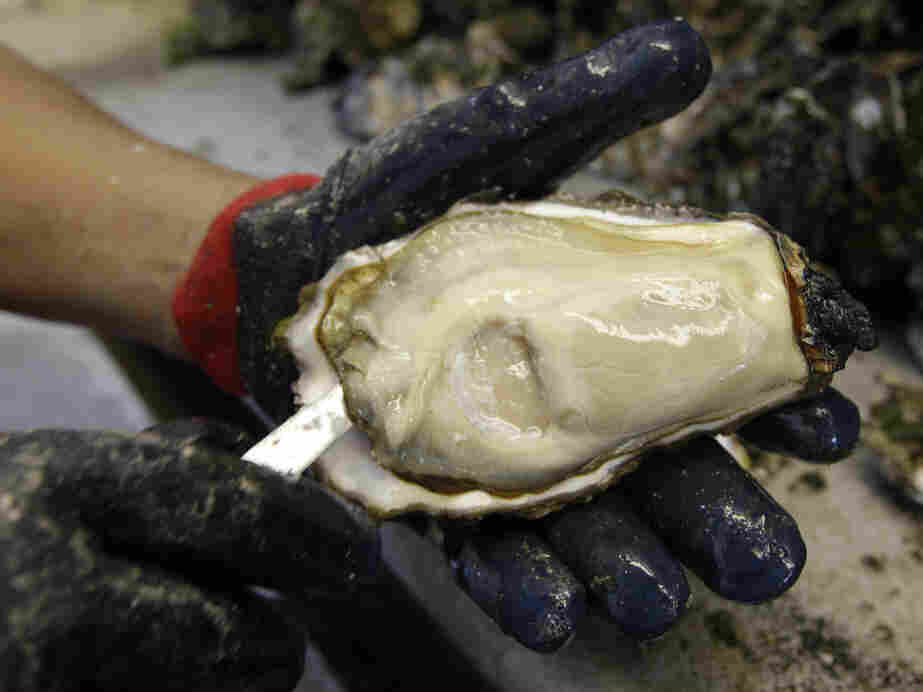 An oyster shucker on Samish Island, Wash. on Puget Sound. The state is frequently forced to close beaches to oyster gatherers because of the risks of harmful algae blooms. Ted S. Warren/AP hide caption 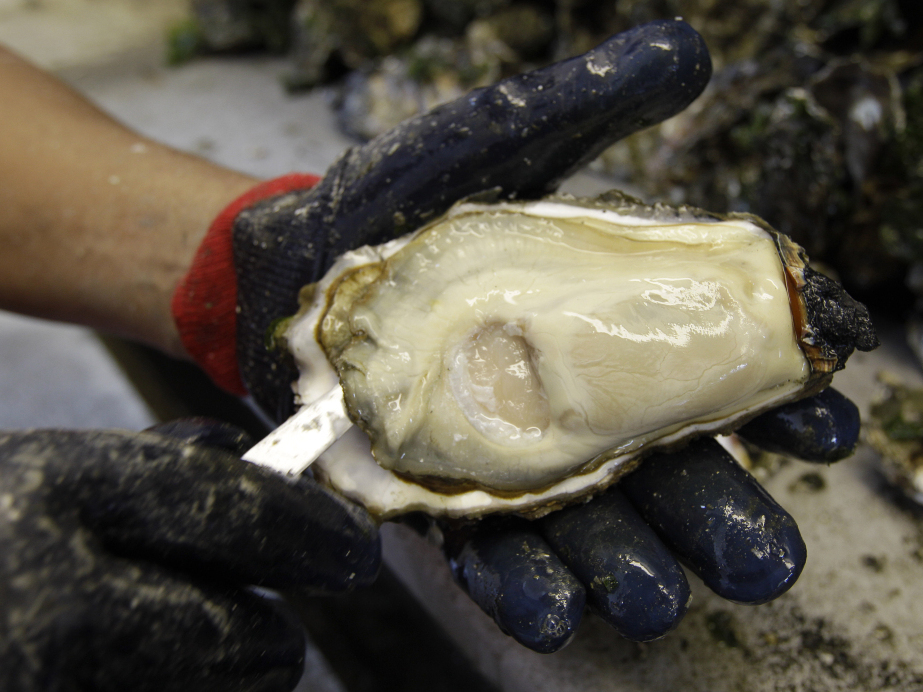 An oyster shucker on Samish Island, Wash. on Puget Sound. The state is frequently forced to close beaches to oyster gatherers because of the risks of harmful algae blooms.

Public health officials have their hands full keeping your clam chowder and raw oysters safe. That's due, in part, to red tides.

If people eat shellfish infected with these algae they can become sick with what's called paralytic shellfish poisoning.

But scientists with the National Oceanic and Atmospheric Administration are working to prevent outbreaks by tracking when and where red tides will happen next.

The toxic algae sleep nestled in the muck at the bottom of Puget Sound. A team of NOAA scientists based in Seattle was recently out looking for the algae so they can predict where and how big the red tides might be in the spring and summer — when the algae wake up and start to infect shellfish.

It's hard to predict where these blooms will occur because winds and currents move the clouds of algae around. So the scientists target areas where blooms have occurred in the past.

No one has died from paralytic shellfish poisoning in Washington state since the 1940s. But every year the state's Department of Health manually tests thousands of clams, oysters and mussels for toxin levels. And every year some shellfish beds are closed to harvesting.

Mapping the algae at the bottom of Puget Sound won't replace manually testing the shellfish, but the NOAA team wants to make the Department of Health's job easier.

"We want to be able to say when and where there is a really strong chance of a bloom occurring so that the shellfish growers and the health managers are able to put in place some strategies to try and prevent, or reduce and limit, the impacts that these blooms can have," says Stephanie Moore, a NOAA scientist.

Moore says scientists have a lot to learn about what triggers these red tides. One thing's certain though: The algae love warm sunshine-filled water. Researchers say they could see more blooms as water temperatures rise.

Ashley Ahearn is a reporter for NPR member station KUOW in Seattle.