Accessibility links
Watch The Wire: How Your Grill Brush Could Make You Sick : The Salt Between May 2009 and November 2010, Rhode Island Hospital admitted six patients to its emergency room after they accidentally ingested small wire bristles from the metal brushes used to clean the grill.

Watch The Wire: How Your Grill Brush Could Make You Sick

Watch The Wire: How Your Grill Brush Could Make You Sick 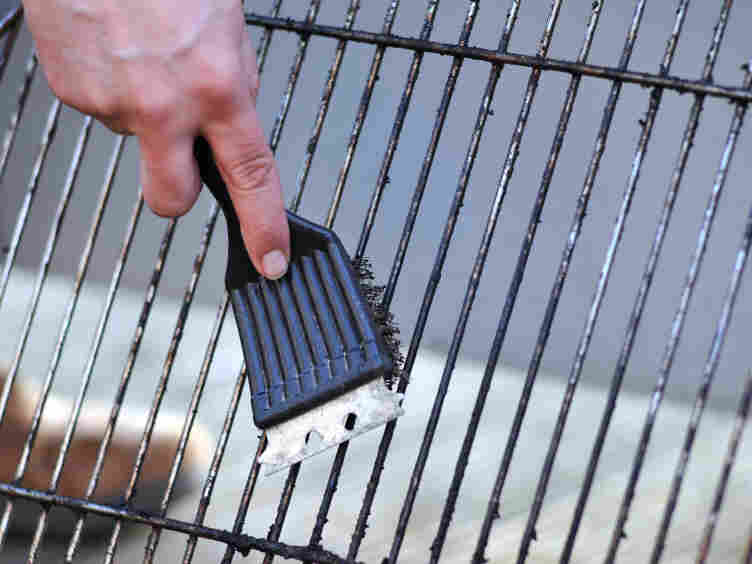 A radiologist says more research is needed before everyone throws out their grill brush. Stephan Zabel/iStockphoto.com hide caption 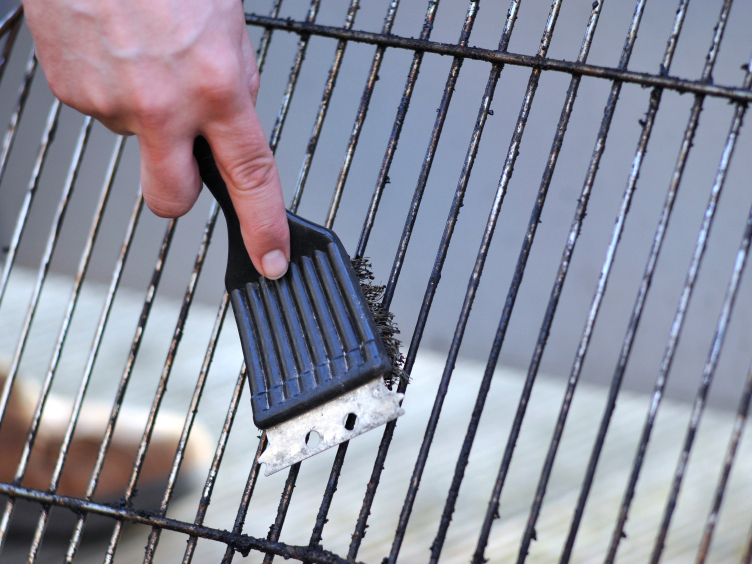 A radiologist says more research is needed before everyone throws out their grill brush.

There's nothing like the scent of charred meat wafting over your neighbor's fence to get you in the mood for summer.

But alas, grilling is not without its dangers. If E. coli and carcinogens in meat weren't enough to keep you on your toes, now there's a new contender: the wire grill brush.

Though they haven't been studied much, doctors at one hospital in Rhode Island started noticing enough patients coming in after accidentally ingesting the wire bristles from the brushes that they wrote them up in a small study.

Between May 2009 and November 2010, Rhode Island Hospital admitted six patients to its emergency room after they accidentally consumed the tiny wires from the brushes used to clean their grills.

The patients initially complained of pain while swallowing or in their abdomens. All of them had recently eaten grilled meat. Upon inspection of x-rays and CT scans, doctors discovered the wires in the throats or abdomens of the patients, and concluded they were the bristles of grill brushes that had broken off and become embedded in the meat.

"Unfortunately we don't know how widespread this problem is, and whether patients have been presenting to other emergency rooms," David Grand, a radiologist at Rhode Island Hospital and lead author on the study, said in a video released by the hospital.

Three previous papers presenting a total of 4 patients who had ingested wire grill brush bristles have been published in various medical journals since 2005. And Grand says he has seen additional cases since his paper was written.

But he also says more research is needed before everyone throws out their grill brush.

"There are a lot of causes why people might have pain after swallowing and we need other doctors to be aware of this as a potential cause, to see how many patients really are affected by this every year and if we really need to find better ways to clean our grills," said Grand.

In the meantime, Grand says cleaning may be as simple as a wet paper towel.

"We don't have any real scientific evidence to say how we can do this better, but I will tell you anecdotally, that I know clean my grill before cooking while the grill is still cold, and then wipe the grates with a wet paper towel, hoping that if any grill brush bristle are left behind, the wet paper towel will pick it up," said Grand.

Steve Wilson, who runs a website for grilling enthusiasts called Grilling Companion was surprised to learn that the wire brushes were a danger. But he says it makes some sense. "Those brushes don't last very long, so I guess it has to go somewhere," said Wilson.

His no. 1 piece of advice? Forget letting your steaks warm up to room temperature — just 10 minutes in the hot sun is enough to encourage the growth of bacteria. "I tend to keep everything in a cooler of ice until just before I use it," Wilson said.

And the food isn't the only thing that needs to stay cool, he says. He's seen plenty of grill masters get dehydrated. "Drink plenty of water," he says. "And beer doesn't count."

When in doubt, wipe your forehead – and your grill – with a cool, wet paper towel.