Accessibility links
Feds Reject Petition To Ban BPA In Food : The Salt The U.S. Food and Drug Administration called on a high-powered team of government scientists to help answer several key questions about the safety of bisphenol a. Their results suggest it's very unlikely that BPA poses a health risk to people. 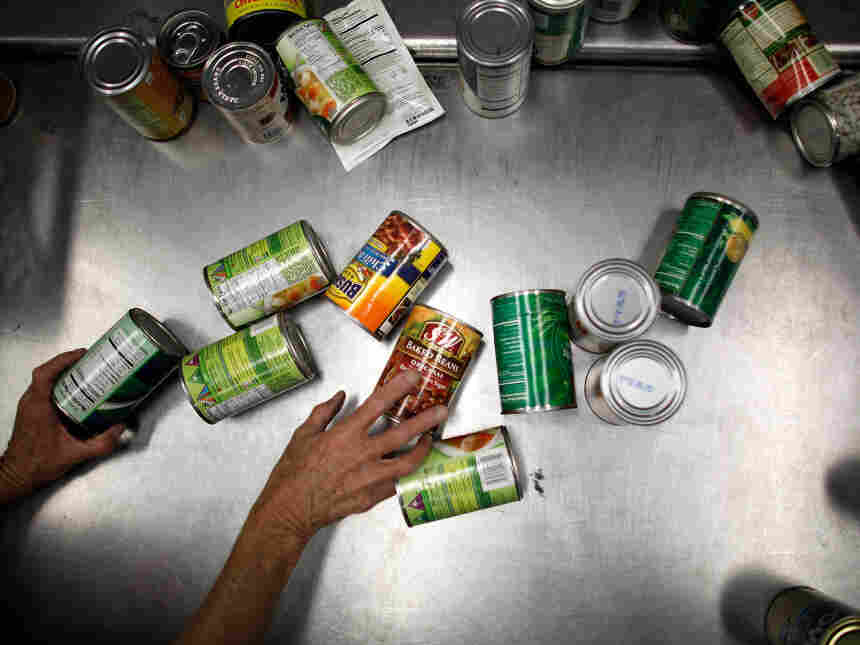 Environmental groups say a ban would protect consumers from the health effects of BPA that leaches from products including some soup cans. Chip Somodevilla/Getty Images hide caption 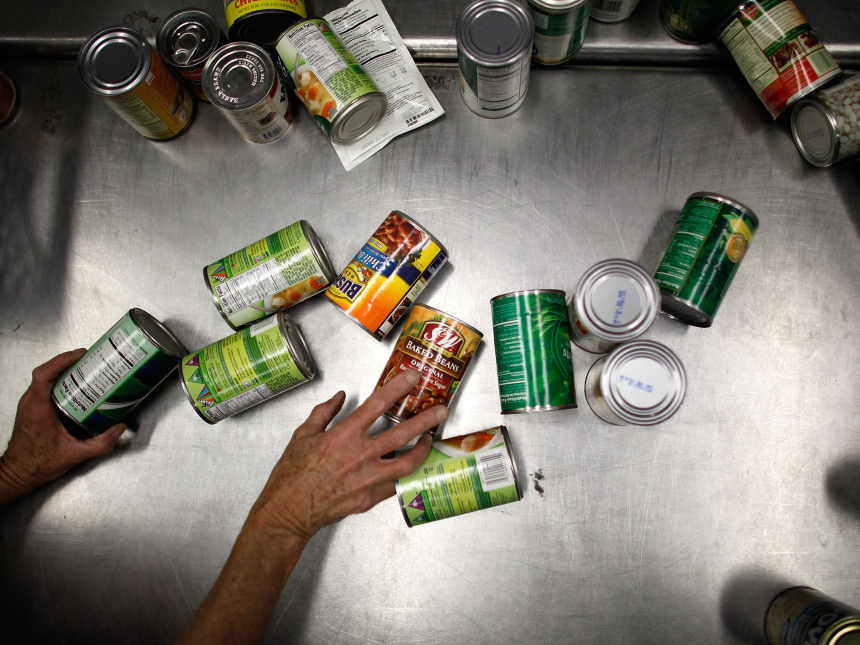 Environmental groups say a ban would protect consumers from the health effects of BPA that leaches from products including some soup cans.

The U.S. Food and Drug Administration has denied a call to ban the plastic additive BPA from food packaging. The action comes after government scientists found little reason to think people are being harmed by the chemical.

The FDA was responding to a petition from the Natural Resources Defense Council, which called for the ban on BPA, also known as bisphenol A, from any use where it comes in contact with food.

Environmental groups said the ban would protect consumers from the health effects of BPA that leaches from products including some soup cans and water bottles. The chemical can act like estrogen in the body, and studies of animals show that large doses can affect the brain and sexual development.

But recent studies done by government researchers at the request of regulatory agencies suggest it's very unlikely that BPA poses a health risk to people. The body is extremely good at inactivating BPA — so good that the levels of potentially harmful BPA in the blood are too low to be detected, the scientists say.

The FDA relies heavily on this sort of in-house research for its decisions.

In its effort to review the safety of BPA, the FDA called on a high-powered team of government scientists to help answer several key questions.

One is: How much of the BPA a person ingests actually makes it into his or her bloodstream in a dangerous form?

That's an important question because the human body often inactivates potentially dangerous chemicals like BPA as they pass through the intestine and liver.

Once that happens, the chemical is no longer a health risk because it's no longer "bioactive," says Justin Teeguarden, a toxicologist and senior research scientist at the Pacific Northwest National Lab in Richland, Wash.

So with BPA, he says, "you may be exposed to relatively large amounts in the diet. But what matters most is how much of the bioactive form actually reaches your blood and your tissues."

Teeguarden studied 20 men and women who spent a day on a diet loaded with BPA from canned foods and juice in plastic containers. He wanted to know how much bioactive BPA would end up in their blood.

The answer: not enough to measure. "If it is present it is below our limit of detection," Teeguarden says.

Some studies that have found quite high levels of BPA in the blood, Teeguarden says. But he questions whether those results are reliable.

The reason is that to get blood levels that high,a person would have to ingest hundreds or thousands of times more BPA than people typically get in their diet.

"The question is, where did that bioactive BPA come from?" Teeguarden says. And he says one likely answer is that the chemical got into blood samples accidentally sometime after they were drawn from a person's body.

"Contamination is a common problem," Teeguarden says. "We observed it in our own study, but because we were monitoring for it we were able to overcome that particular problem."

The studies that found high levels of bioactive BPA in blood used samples collected in hospitals or doctors' offices, not research settings, Teeguarden says. And those studies did not include a common test to detect contamination.

Another big BPA question for the FDA is whether the chemical poses a special risk to newborn children.

So the agency asked Dan Doerge, a research chemist, to investigate. Doerge works at the FDA's National Center for Toxicological Research in Arkansas.

He studied newborn mice, rats and monkeys because it would have been unethical to use human babies.

In one study, Doerge looked to see whether a lot of BPA was getting into breast milk. His conclusion: "The transfer from mother into milk is extremely low."

In another study, he asked whether it's likely that human newborns are less able than adults to make BPA harmless by inactivating it.

He knew that was the case for newborn rats and mice. More toxic BPA does reach their bloodstream.

But monkeys are a much better indicator of what's happening with human babies.

And Doerge found that newborn monkeys had no trouble inactivating BPA. Levels in their bodies were about a 10th as high as in mice and rats because "they have a greater metabolic capacity to detoxify BPA than do either of the rodent species."

The studies by Doerge, Teeguarden and other government scientists weren't intended to prove that BPA is safe.

But the results do add some important context to the debate about BPA, Doerge says.

"It makes you think that this would have to be an extraordinarily potent compound to be causing effects at the really low levels that humans are exposed to," he says.

But many companies worried about BPA's bad image have already started using alternative chemicals in a wide range of products, especially those intended for kids.

These chemicals may be safe — but they haven't been scrutinized the way BPA has.