Accessibility links
Oh Nuts! Buying Bulk Can Cost More, But Saves Packaging : The Salt Some foods are much cheaper in the bulk aisle, but a handful — like nuts and seeds — are more expensive. But regardless of cost, bulk purchases reduce the use of packaging. 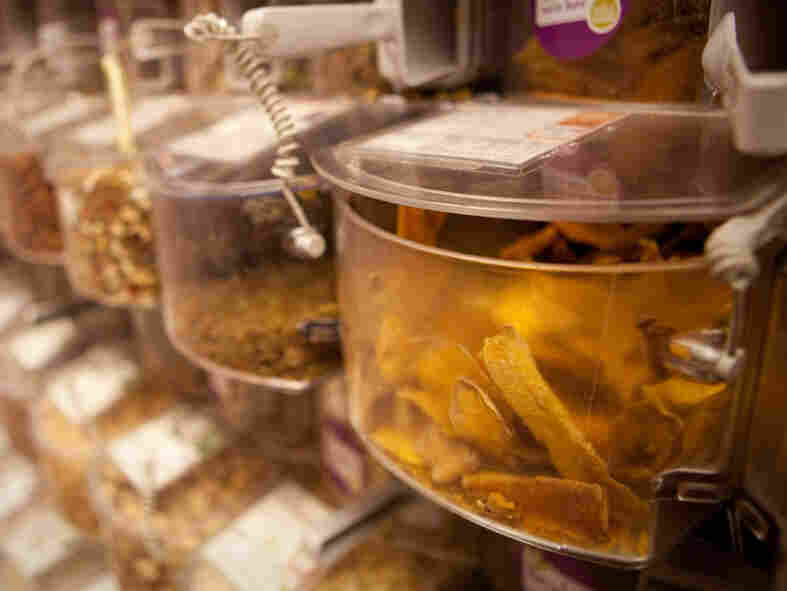 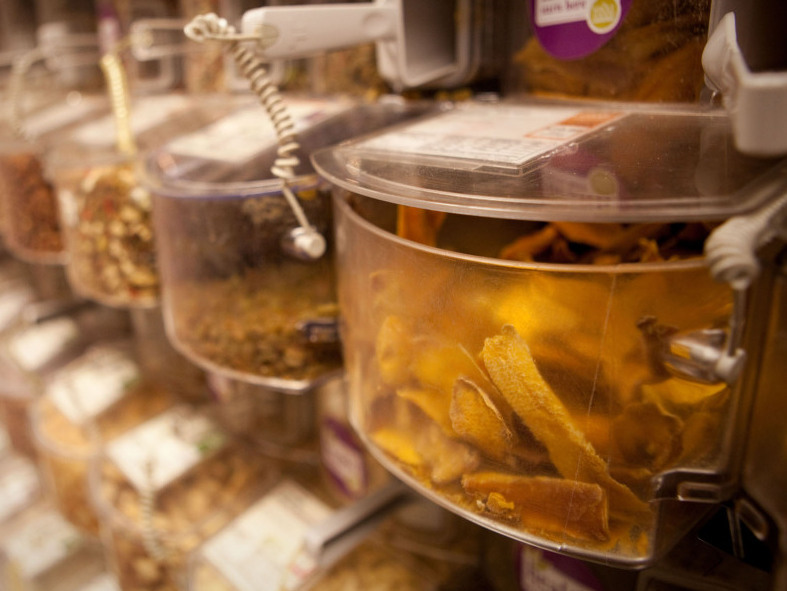 For price-conscious and waste-averse shoppers, the bulk aisle ought to be the go-to spot of any grocery store. It's where you can buy just as much as you need, with minimal packaging, while saving money to boot – right?

But as The Salt reported yesterday, the advantages of buying bulk can be hard to quantify. In research from Portland State University and in our own survey of two Washington, D.C., grocery stores, actual savings on bulk foods varied widely. At best, bulk foods were massively discounted – but at worst, they were more expensive than packaged versions.

While buying foods like coffee and spices in bulk can bring savings as high as 77 percent, some products, like nuts and seeds, were actually more expensive in the bulk aisle. Almonds were the worst offender at more than double the packaged price.

"We were surprised by that, because ... we found that the number one thing people buy in bulk is nuts and seeds," study author Anna Abatzoglou tells The Salt.

In practice, savings are relative – they depend on which packaged alternatives a store carries. And many stores don't offer bulk products in the first place, or their selections are limited. Neither of the stores we visited in D.C. carries bulk spices, for instance.

So to get the most bulk for your buck, you'll need to do your own legwork. That means comparing per-pound or per-ounce prices, which are often listed on the shelf tags accompanying packaged items.

But price isn't the only thing motivating shoppers. Bulk's minimal packaging has clear environmental benefits. The researchers at Portland State found that if all Americans switched to bulk purchases for common items, it would save tens of millions of pounds of trash from entering landfills each year.

And the ability to buy in small amounts makes it easy to try new foods. "You can experiment," says Abatzoglou. "Like you can try different grains and you don't have to invest in a big bag."

This is especially true for the kinds of spices you might buy for a very specific recipe which you don't plan to make again. An $8 jar of some exotic seasoning might sit on the shelf for years, slowly losing flavor. But in the bulk section you can often pick up a pinch for pennies – proving that you don't have to go big to bulk up.