Accessibility links
Chocolate Bilbies, Not Bunnies, For An Australian Easter : The Salt In Australia, the bunny may rule the burrows, but the bilby, a native marsupial whose population has dwindled, rules the Easter basket. 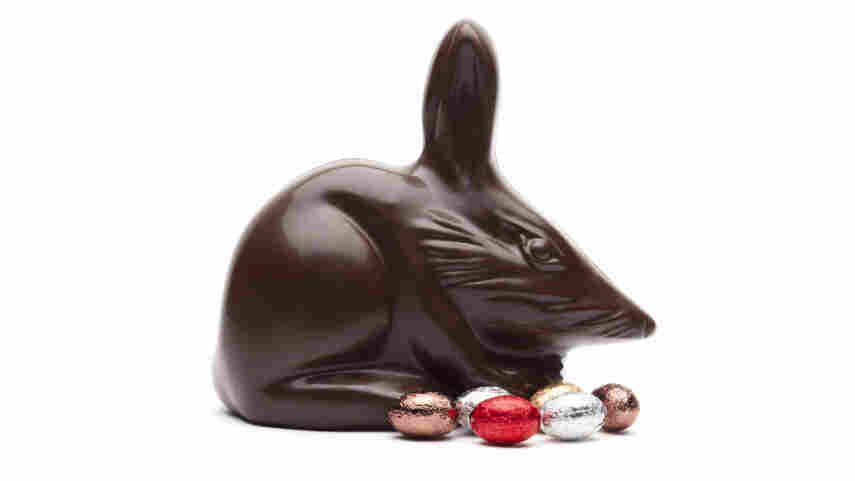 In the turf war between rabbits and bilbies that plays out in burrows dug into Australia's arid grasslands, rabbits, those aggressive and fertile European immigrants, have largely won out.

But the chocolate bilby has staked its claim on the springtime candy shelf — an honor that could help the threatened species make a real comeback.

Never heard of a bilby? Well, it's a cute, rabbit-sized marsupial with large ears and a long, pointed nose; once upon a time, it hopped around much of Australia. But the arrival of European settlers some 200 years ago brought hard times for the bilbies. Cities and farms destroyed habitat. Foxes and feral cats preyed on them. And rabbits eventually pushed the bilbies out of their burrows.

"[The rabbits] were eating everything in their way," says David Paton, an ecologist at the University of Adelaide.

Today the bilby numbers only in the thousands, but Easter traditions – and chocolate in particular — have helped keep the bilby's image going strong. 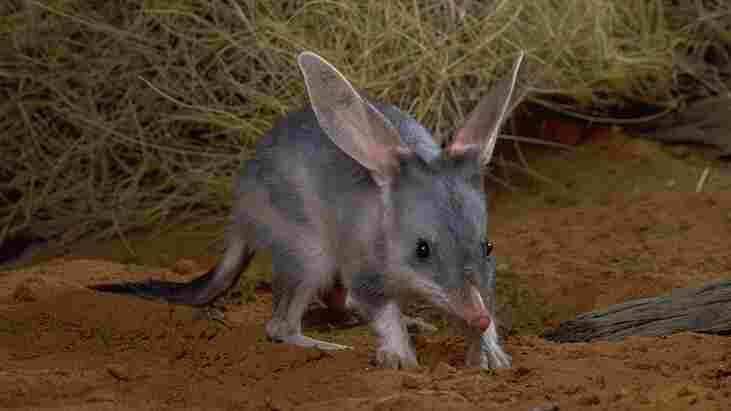 The bilby is an endangered Australian marsupial that has been run out of its habitat by humans and rabbits. Courtesy of Australia's Queensland State Government. hide caption

In 1968, a 9-year-old girl in Queensland, Rose-Marie Dusting, wrote a story, "Billy The Aussie Easter Bilby," which she published as a book 11 years later. The story helped catalyze the public's interest in saving the bilby, and by 1991, the Foundation for Rabbit-Free Australia began their Easter Bilby campaign to replace the Easter bunny with true native wildlife.

"It seemed ludicrous to be promoting an introduced rabbit in a positive way as the 'Easter bunny,'" says Paton.

Funds from chocolate sales have gone to anti-rabbit campaigns, as well as to projects that fence in thousands of acres of land to keep them free of cats and foxes, so that bilbies can be re-introduced. The money "goes a long way to helping pay for the construction of predator-proof fencing, captive breeding and labor-intensive monitoring," says Emily Miller, a biologist at the University of Sydney.

And though Australians still consume plenty of chocolate bunnies each Easter, the chocolate bilbies have helped make bilby lovers out of urbanites who will likely never see the animals in the wild. "The sale of Easter bilbies instead of Easter bunnies has been very successful in increasing public awareness across Australia," says Miller. "It is great to see young kids talking about bilbies instead of bunnies."