Accessibility links
Some Jews Say Bugs Have No Place At The Seder Table : The Salt Some Orthodox rabbis say that if you're keeping to the spiritual interpretation of what is kosher, you've got to get the bugs out of your vegetables. 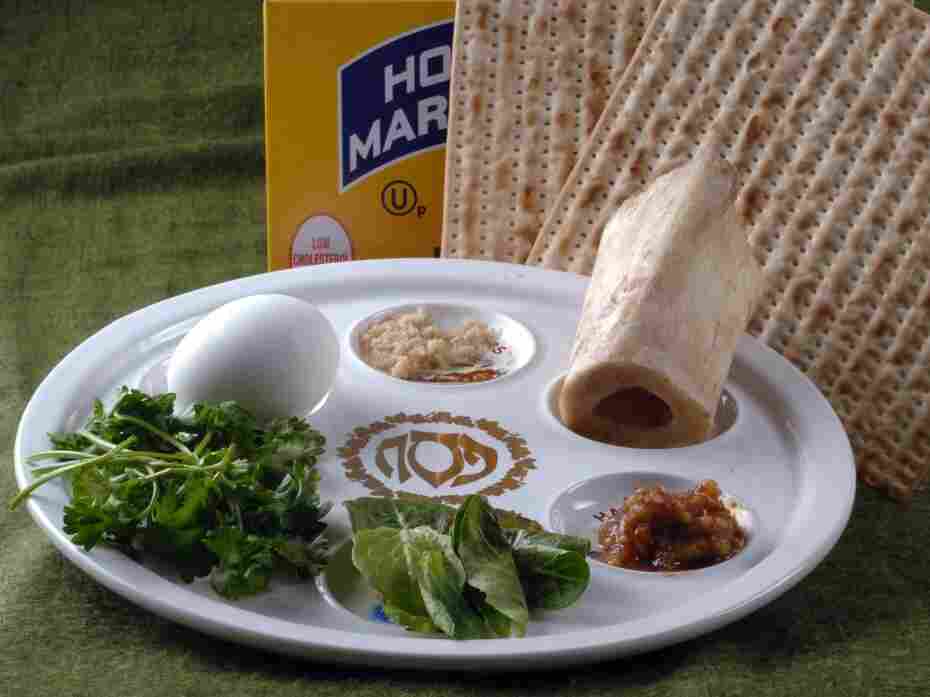 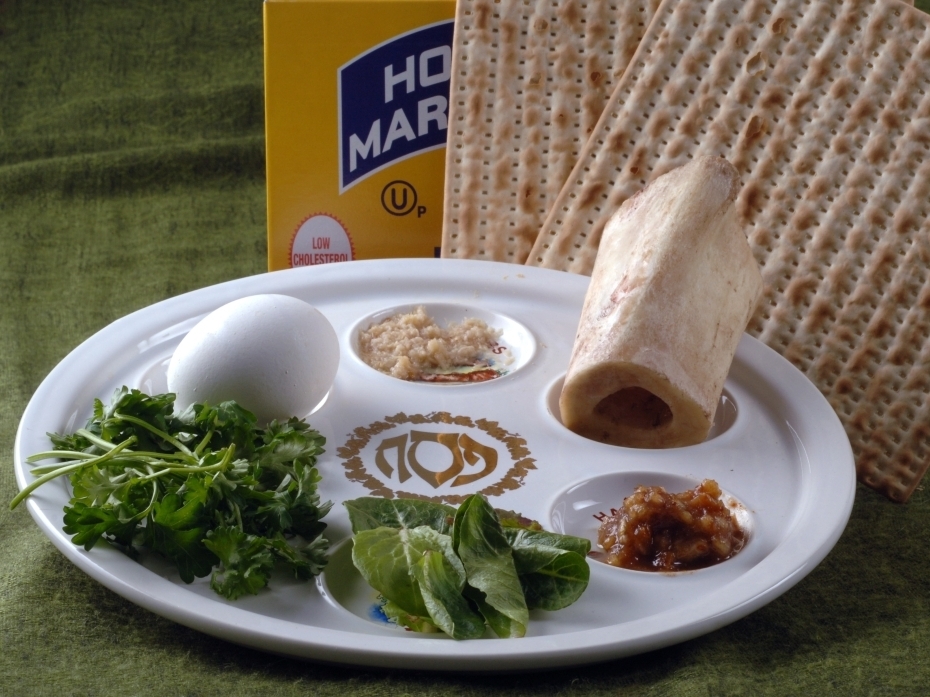 The Passover Seder plate with symbolic foods (clockwise, from top center): horseradish; a shank bone; a mixture of fruit, wine and nuts called haroset; lettuce, parsley and an egg.

At this week's Passover Seders, Jews around the world lay out ceremonial meals. There's parsley or radishes to represent spring rebirth, and horseradish to show the bitterness of slavery.

As Orthodox Rabbi Tzvi Fischer shows me at the People's Farmer's Market in southeast Portland, Ore., those vegetables, and the critters inside them, bring their own theological issues.

To be clear, Fischer thinks these bugs — aphids, mites and little green thrips — are totally natural. They're what you expect when you buy food that grows in the ground, especially without pesticides. But for some religious Jews, like him, they do pose a problem.

"Leviticus, in discussion of which animals are kosher and which shall not be eaten, it says sheretz, which means, basically runny things, the things that crawl around," says Fischer.

And it's not because they're unhealthful or unclean in a sanitary sense. It's a spiritual concept, he says.

There is some debate about the details, but basically, if you're keeping to this spiritual definition, you've got to get the bugs out of your food. Kosher certification groups, like the one Fischer works with, teach classes on how to spot tiny insects, and how to wash them off.

But not every Jew feels this same measure of obligation.

"Whenever you're involved in spiritual practice, you're saying to yourself am I doing this because I'm trying to keep the rhythm, and if I break the rhythm all hell, literally, could break loose?" asks Rabbi Joey Wolf, who heads Portland's Reconstructionist congregation. "Or am I trying to do this because if I keep the rhythm, in some way, it will connect me profoundly to the heartbeat of the universe?"

For Wolf, religiously checking for bugs doesn't really qualify — it's kind of a non-issue. But he understands why people do it. 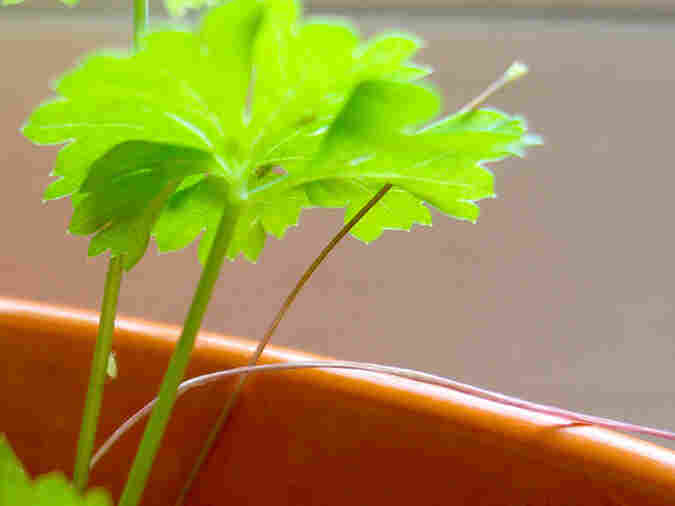 An aphid feasting on the stem of parsley. Alexander Rutz/Flickr photo hide caption

"The fact that something is archaic does not necessarily mean that it doesn't have a pulse," he says. And he gives an example: the little boxes with Torah scrolls, called tefillin, that many religious Jews strap to their head and arms while they pray.

"Now that looks incredibly archaic," says Wolf. "But when you're doing it, it's an absolutely spectacular ritual. So it's not by dint of things being peculiar that you should rule them out. It's just that at some point people are gonna say here's where I begin, and here's where I end. And it's as simple as that."

Different Jewish movements — Conservative, Reform and Reconstructionist — begin and end in different places on what it means to be observant. And for many Orthodox, like Fischer, this issue matters.

And, he says, it's especially important on Passover.

"People didn't get lettuce and parsley very often in the shtetl back in Europe, where they could hardly afford a loaf of bread," says Fischer. "So pre-Passover vegetable washing is something that has actually been a part of the Jewish community for many, many years."

While Fischer and Wolf may disagree on some of the theological details, they'll both be sitting down to celebrate Passover — with fresh vegetables on their tables — on Friday night.