Accessibility links
FDA Launches Voluntary Plan To Reduce Use Of Antibiotics In Animals : The Salt The U.S. Food and Drug Administration says it will collaborate with the livestock industry to reduce the use of antibiotics in animal feed. But activists say a voluntary approach won't go nearly far enough to protect human health. 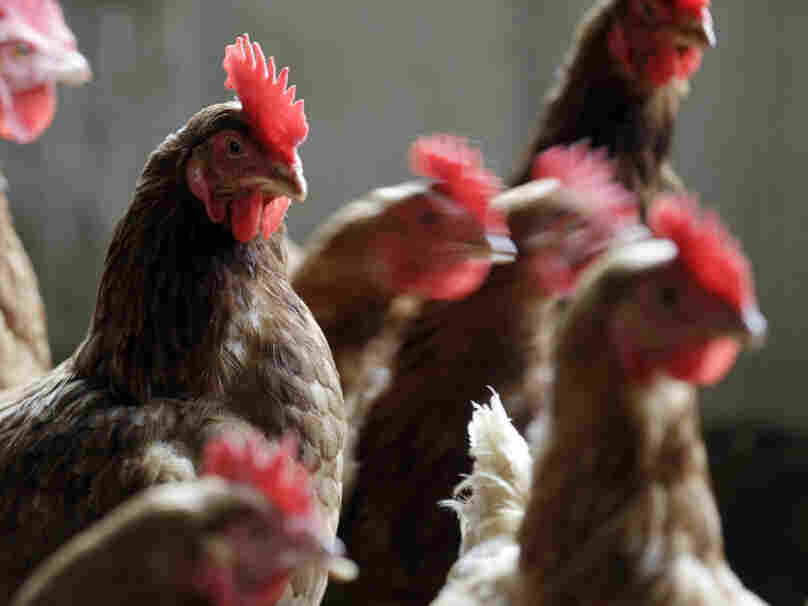 The FDA's latest effort to end the use of antibiotics as growth promoters in animals is getting mixed reviews from activists. Rob Carr/AP hide caption 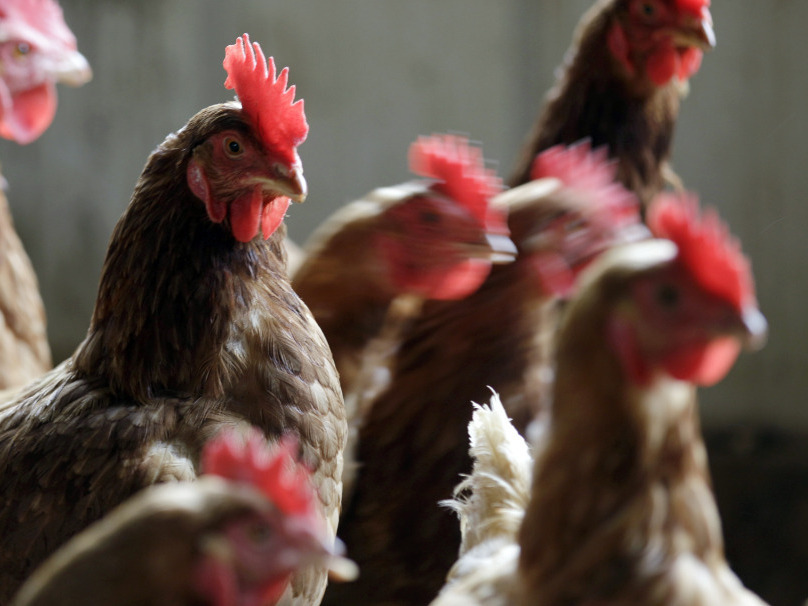 The FDA's latest effort to end the use of antibiotics as growth promoters in animals is getting mixed reviews from activists.

The U.S. Food and Drug Administration said today it is calling on the nation's pork, beef, and poultry producers to reduce their use of antibiotics. But some watchdog groups say this voluntary guidance doesn't go nearly far enough.

The issue has been contentious for decades. Just last month, a federal judge ruled that the FDA had to go ahead with a plan it proposed in 1977 that would ban the use of some antibiotics as a growth promoter in animals.

Farm animals in the U.S. actually consume far more antibiotics than people do in part because producers want to keep their animals healthy. But a big reason animals routinely get antibiotics is that the drugs also make them grow faster.

For years, the FDA has been saying that practice is both unnecessary and dangerous. It increases the chances that bacteria in animals will become resistant to drugs — and those drug-resistant bacteria can then infect people. But that hasn't significantly reduced use.

Today, the FDA unveiled a plan aimed at ending the use of antibiotics for growth promotion. It's the formal and more detailed version of draft guidelines issued in 2010, which lays out a roadmap for making it happen.

Rather than banning that use, the agency aims to collaborate with drug companies, veterinarians, and livestock producers.

Update at 5:32 PM ET: That collaboration will be voluntary. Michael Taylor, the FDA's Deputy Commissioner for Food, says this will be a more effective approach, because any attempt to ban specific uses of more than a hundred separate drugs — and then defend each one in court — would be a hugely cumbersome undertaking: "Decades of effort, and millions and millions of dollars of resources."

Scott Hurd, a veterinary scientist at Iowa State University, says that the voluntary approach will have a real effect on farmers' practices. "Even though it's called guidance, people take it as the gospel and the law, so growth promotion usages will go away," he says.

Activists were divided on the FDA announcement.

"This is the most sweeping action the agency has taken in this area, as this covers all antibiotics used in meat and poultry production that are important to human health," said Laura Rogers, director of the Pew Campaign on Human Health and Industrial Farming, in a statement.

But Avinash Kar, an attorney with the Natural Resources Defense Council, says today's action is a "make-believe" solution. He wrote: "industry is not required to do anything. This is an ineffective response to the real and sobering threat of rising antibiotic resistance, which threatens human health."

The NRDC is one of several organizations that sued the FDA to force the agency to implement the 1977 proposed ban. That's the lawsuit that the federal judge ruled on last week.

There's an additional complication. The FDA wants to reduce the use of antibiotics for growth promotion, while allowing continued use of the drugs to prevent disease. But what's truly necessary to prevent disease is a matter of interpretation.

Consider what happened when the European Union banned the use of antibiotics for the purpose of animal growth promotion. The law was passed in the late 1990s, but took effect in 2006.

Dik Mevius, a leading expert on antibiotic resistance at the University of Utrecht, in the Netherlands, says meat producers there simply started using more antibiotics for what was still allowed: Preventing disease or treating it. "We saw a more or less doubling of those drugs that were used for therapy, so the total exposure of animals to antibiotics remained virtually the same from 1999 to 2007," he says.

After that, though — and after lots of Dutch pig farmers realized that they and their families were carrying antibiotic-resistant strains of disease-causing bacteria — the Dutch government clamped down hard.

Each farm now has to report how often it uses antibiotics for all purposes. Farms that use a lot are told specifically what they need to do to cut back. The government is funding lots of research into farming methods that don't require antibiotics.

Antibiotic use in the Netherlands is now coming down.

Rogers told NPR that the FDA may need to do something similar so that prescriptions aren't simply re-written to call them disease prevention drugs. "The loophole that does remain is these uses of the drugs for prevention purposes, and they are used in massive quantities. so that's where the FDA is really going to have to dig in," she says.

So stay tuned. Firmer guidance there may now be, but the long wrangle over antibiotics in animals is far from over.