Accessibility links
What's The Scoop On Bulk Foods? : The Salt Shoppers might expect food to be cheaper in the bulk aisle — and a study from Portland State University shows that it usually is, by a long shot. But our survey of D.C. grocery stores came up with more modest figures. What's the real deal?

What's The Scoop On Bulk Foods?

What's The Scoop On Bulk Foods? 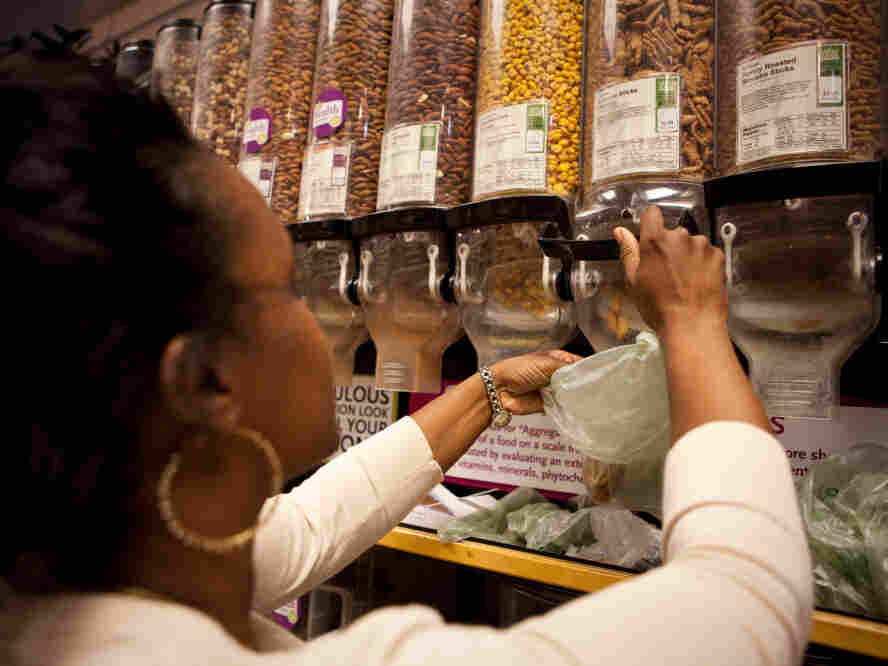 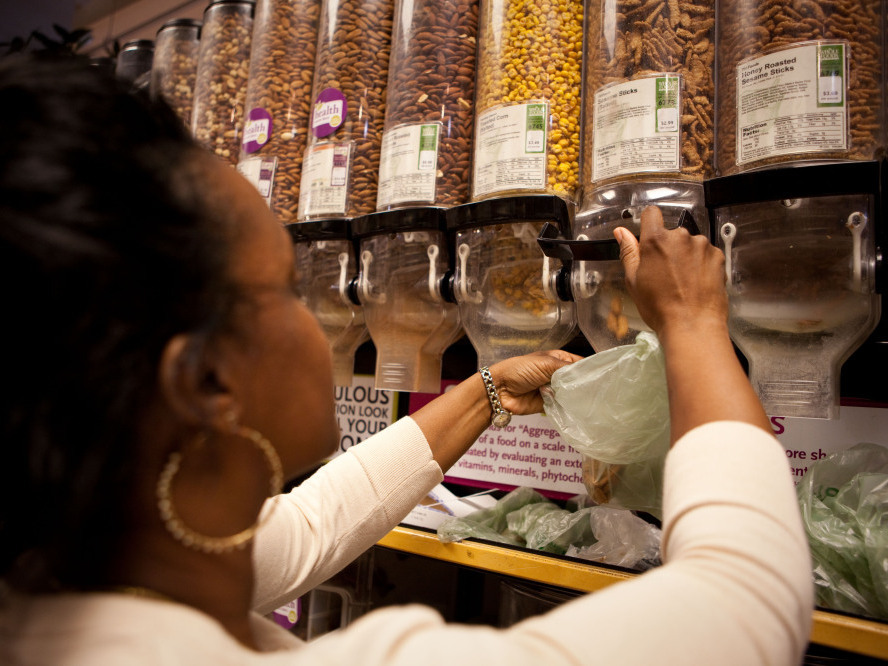 Rakecia Whitaker fills her bag with a bulk snack mix at Whole Foods in Washington, D.C.

We've all been trained to think that when you buy big, you save money. That's why many people join warehouse clubs like Costco, or scoop their own nuts and grains in the bulk section of the local supermarket.

But shoppers who care to compare know the bulk bins don't always seem cheaper than their packaged counterparts. And when the Bulk Is Green Council, a bulk industry trade group, claimed they had independent research showing that customers can save an average of 89 percent by shopping in the bulk aisle, we here at The Salt were skeptical.

We examined the original study, then crunched some numbers at a couple of Washington, D.C., grocery stores to see whether our figures agreed. Turns out that the 89 percent figure, while not exactly wrong, isn't the full picture.

The research was conducted by a team of MBA candidates at Portland State University's Food Industry Leadership Center. Bulk Is Green made a donation to the school in exchange for the results of the research, but did not have control over the design and execution of the study.

The students compared bulk and packaged prices for organic products at 12 stores in the Portland, Ore., area, from co-ops to national supermarket chains. They found that packaged versions were, on average, 89 percent more expensive than bulk counterparts. But that translates to a savings of just 56 percent when you switch from packaged products to the bulk bins.

Still, that's an impressive number – like discovering there's a permanent two-for-one sale on dozens of organic foods and ingredients.

We saw similar trends at the stores we visited here in D.C. It's hard to make direct comparisons, both because food prices differ between cities, and because our sample included only two stores with bulk sections, and only one of those carried organic products in bulk.

But for what it's worth, we found that buying in bulk would provide an average savings of only 21 percent on organic products at that store. Averaging across all bulk products at both stores, savings dropped to 14 percent.

But averages aside, the savings – or lack thereof – varied widely from one item to another. And price isn't the only concern.

Buying in bulk also has practical and environmental advantages: You can buy just what you need, and reduce or eliminate wasteful packaging. In part two of this foray into the world of bulk food, I'll look at what the Portland State researchers found on those environmental fronts, and where you might get the most bang for your buck in the bulk aisle.