Accessibility links
Advice For Diet Soda Lovers: Skip The Chips : The Salt What diet soda drinkers eat may matter more than what they sip when it comes to long-term health effects, according to new research. This may help explain why some people gain weight when drinking lots of diet soda. 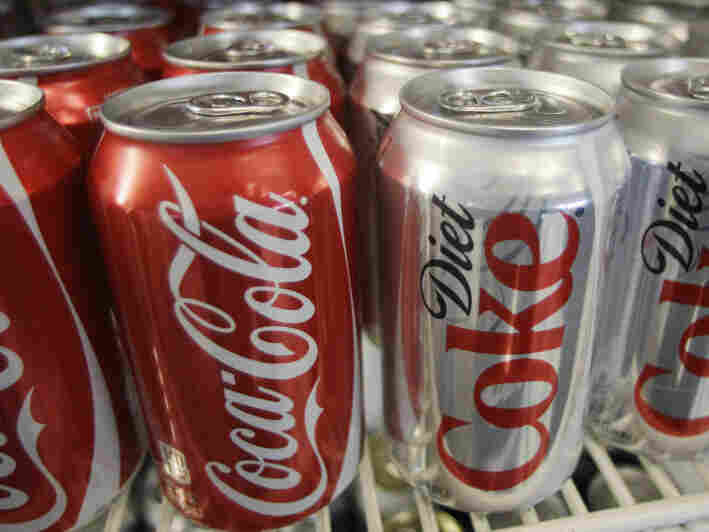 It's not clear if diet soft drinks are the healthiest choice. ASSOCIATED PRESS hide caption 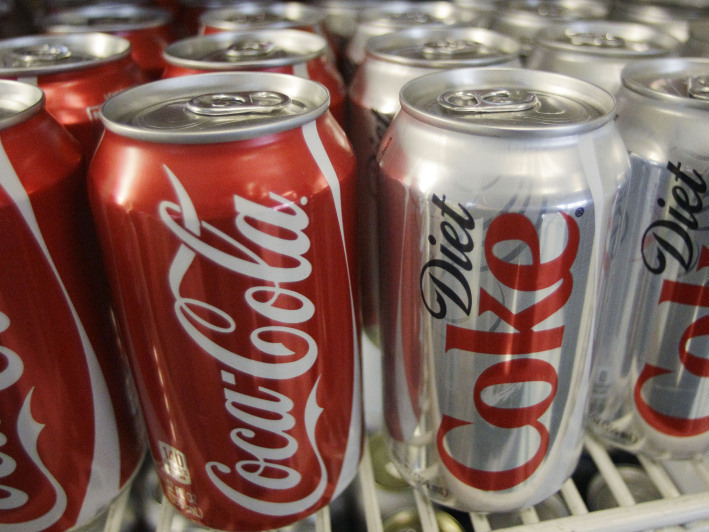 It's not clear if diet soft drinks are the healthiest choice.

Got a Diet Coke or Diet Pepsi habit? Lots of Americans do. Consumption of all types of diet soft drinks has been on the rise. And as a nation, we drink an estimated 20 percent more of diet drinks now than we did 15 years ago.

So, is it good for us? A new study finds the answer to that question may depend a lot on, well, what you eat.

Researchers at the University of North Carolina-Chapel Hill found that diet soda drinkers who ate a so-called "prudent" diet, rich in fruit, fish, vegetables, whole grains, nuts and milk, were significantly less likely to develop metabolic syndrome over 20 years than those who ate a "Western diet" heavy in fried foods, meats and sugars.

Update at April 13, 2012, 11:05 ET: By contrast, 20 percent of people who drank sodas and had a prudent diet had metabolic syndrome. And 17.8 percent of prudent eaters who drank no soda had that problem.

Those with the lowest risk of developing metabolic disorder were the participants who followed the "prudent" diet and also drank no diet soda at all.

The study is published in the April edition of the American Journal of Clinical Nutrition.

"What this suggests is that it's really the dietary pattern that's driving this association with health," says Kiyah Duffey, a research assistant professor at the UNC School of Public Health and study author. She says a few prior studies have found that people who consume diet soda regularly may be at higher risk of developing metabolic disorder.

"This kind of helps to make things a little more clear that it's not necessarily the diet beverage that is the problem," says Duffey.

The question of whether diet soda truly helps people manage their weight turns out to be a very tough one to answer.

Conflicting findings abound. A large study published in the New England Journal of Medcine last year found that diet soda had no effect on weight. But another one, published in 2008, found that drinking more than three diet drinks a day led to weight gain.

The American Heart Association doesn't have specific guidelines on diet soda consumption, but spokesperson Rachel Johnson of the University of Vermont says moderate consumption seems fine. "But what the mistake a lot of people make is that they compensate for the calories that they save in the diet soda with other foods and beverages," says Johnson.

And many experts say the diet soda habit is a good alternative to sugar sweetened beverages that are clearly linked to diabetes, cardiovascular disease and increased health care costs.