Accessibility links
13th-Century Food Fights Helped Fuel The Magna Carta : The Salt A greedy king who seized food was a key driver of the Magna Carta. That 13th-century document was a key inspiration for the American Revolution 500 years later. But at the time, the barons who negotiated the deal weren't concerned with the rights of starving peasants — these 1 percenters wanted to protect their own power and property. 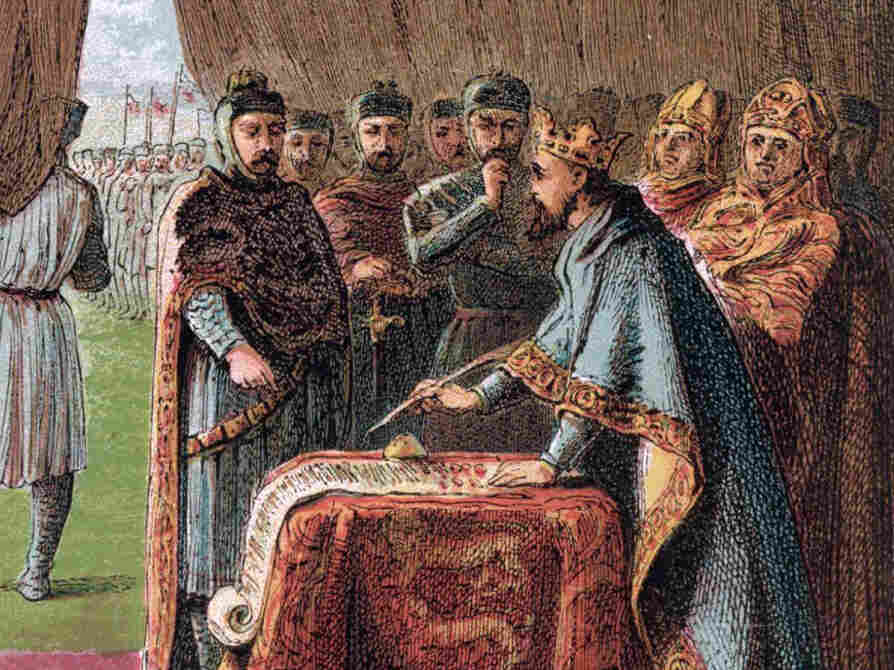 The barons wanted King John to stop seizing their grain. The fish weirs had to go, too. Wikimedia Commons hide caption 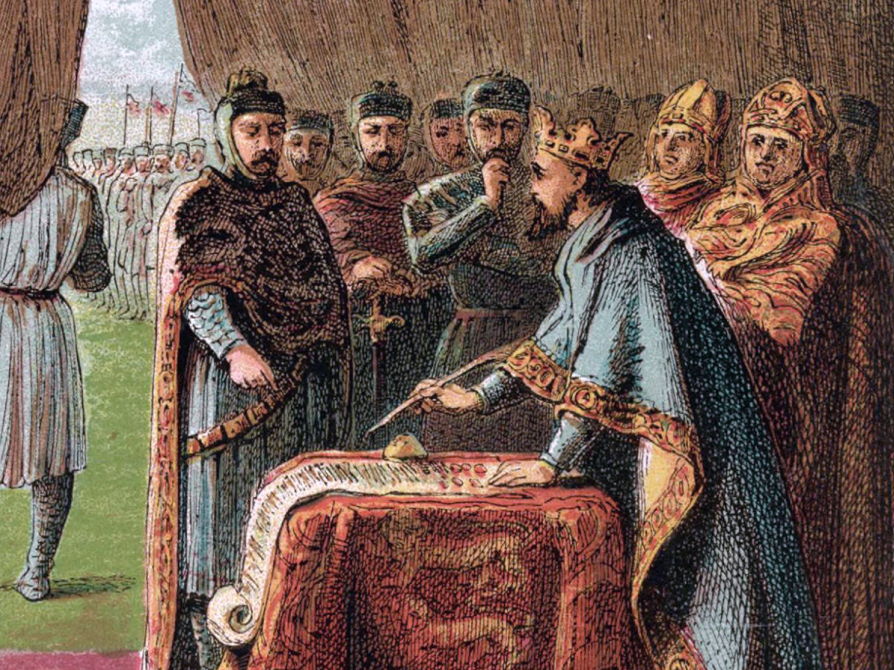 The barons wanted King John to stop seizing their grain. The fish weirs had to go, too.

Imagine it's England, 1209, and you're a wealthy baron. You arrive home from London one day to discover that King John's minions have once again raided your stores of grain. It's the king's right, of course — he has a large household and armies to feed — and there's a promise of compensation.

But all too often that payment arrives late, if at all. And there was that incident last year where the bailiff was caught selling the seized goods instead of handing them over to the king's men.

These events aren't simply the makings of the next Robin Hood movie. The practice of seizing food for the king, known as "purveyance," was common in medieval England, as was the greed and corruption associated with it. It was one of the key gripes that drove England's barons to negotiate the Magna Carta with King John in 1215.

The Magna Carta is considered one of the great legal documents in the history of democracy. Five centuries later, the legal principles it set forth inspired American colonists in their own rebellion against the British crown. And Americans now have their own copy on display at the National Archives, thanks to a permanent loan from billionaire David M. Rubenstein, who bought a 1297 reissue of the Magna Carta at auction. Careful readers of the document — or, more likely, its translation — may be surprised at what the charter has to say about food.

Lack of food was a constant threat in the Middle Ages. Though much of the population was dedicated to agriculture, there was little surplus that could be drawn upon if bad weather wiped out a harvest. Still, the barons who negotiated the Magna Carta weren't worried about keeping the peasants from starving.

"It wasn't part of their ethos that they should be feeding everyone," says University of Mary Washington historian Bruce O'Brien. 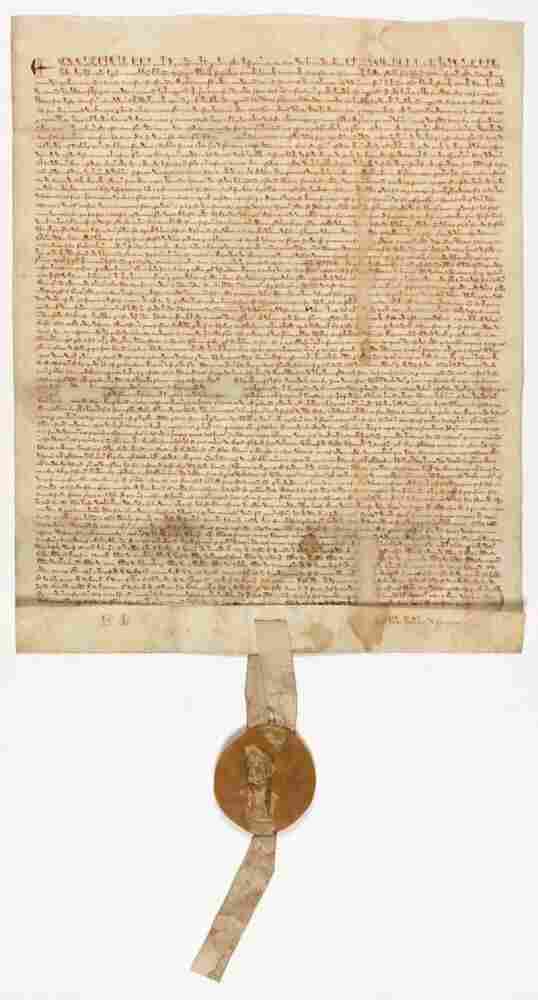 What concerned the barons, the 1-percenters of the 13th century, was their power struggle with the king. "These were very wealthy, powerful people who were resentful that the king seemed to be reducing their power," O'Brien says.

Free trade was a big issue then, as it is now. A clause in the great charter instructs that all fish weirs on the Thames and other English rivers be dismantled. Modern readers see that odd clause is "the joke of the Magna Carta," says O'Brien. But in the 13th century, the concern was that these large structures for catching fish were obstructing ships.

"Shipping things by water was a lot cheaper than shipping by land," O'Brien says. By removing the fish weirs, the barons were ensuring the movement of food, wine, wool and other goods. Too bad for the populace if they missed out on fish dinners as a result.

And to combat the corruption in the practice of purveyance, the barons wrote into the Magna Carta a rule requiring immediate payment for the seizure of any "corn" (that is, grain) or "chattel" — a category that would have included any other foodstuffs and drink.

With purveyance long replaced by a formal tax system, this clause may seem to have as little relevance today as the one removing fish weirs from the Thames. But it's echoed in the U.S. Constitution, which was written more than 500 years later. The Fifth Amendment, which bars the taking of private property for public use without just compensation, traces its lineage to a medieval need for a well-fed army and a greedy king.