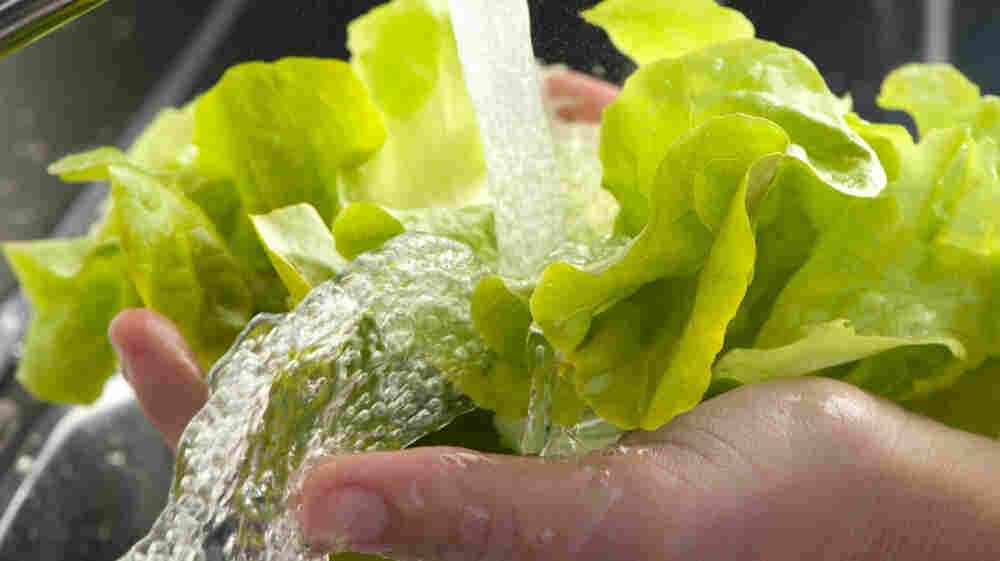 If you rewash your pre-washed salad for safety, you're not alone. But is it necessary? istockphoto.com hide caption 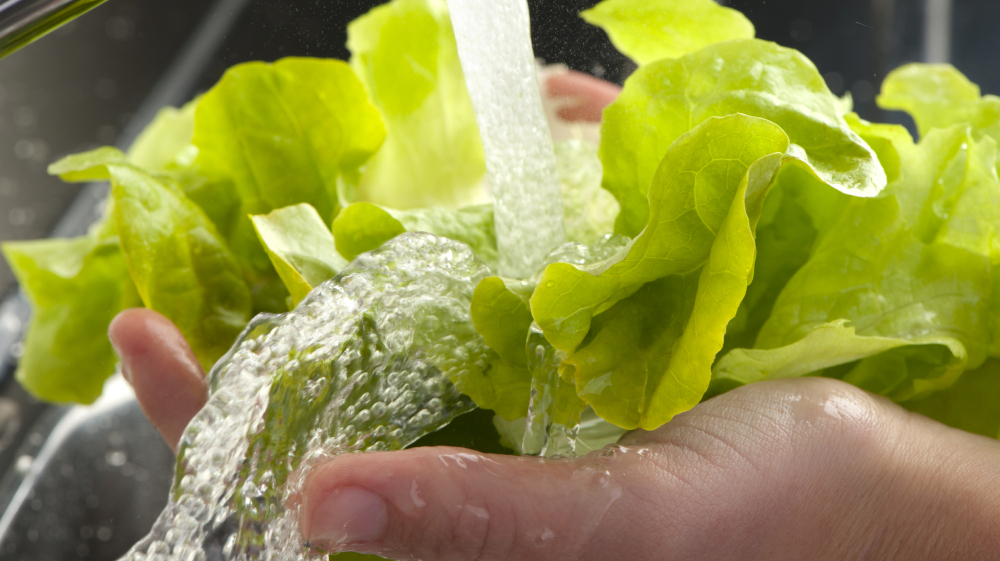 If you rewash your pre-washed salad for safety, you're not alone. But is it necessary?

It's the unscripted, offhand comments that get you in hot water in journalism. Yesterday, in an on-air conversation that introduced a piece on All Things Considered about how farmers in California's Salinas Valley try to keep harmful microbes out of bagged salad greens, we had this exchange in the studio:

Allison Aubrey: Does that mean we need to wash this stuff?

Audie Cornish: I wash it every time, I just don't know if it helps.

Me: It says pre-washed, but washing might actually help ...

Well. This did not sit well with some listeners. One of them heckled me (in a virtual way) on Twitter: "NPR reporter just falsely stated that you should wash pre-washed bagged leafy greens. Hey guys, thanks for misinforming America!"

Doug Powell, a food safety specialist at Kansas State University, took a gentler tack in a post on his Barfblog: "Should pre-washed, bagged leafy greens be washed again at home? NPR says yes, many food safety types say no."

Indeed, many (though not all) food safety specialists advise against washing bagged lettuce or spinach. Why? First, because there's a good chance that if bacteria managed to survive commercial-scale washing with chlorinated water in the processing plant, a lot of them will survive your home washing, too.

Disease-causing E. coli O157:H7 can get trapped just below the surface of a lettuce leaf, and they're tough to dislodge or kill. Second, there's a real risk that you'll end up adding bacteria to greens that were perfectly clean to start with: Your sink or cutting board may be dirtier than the lettuce.

There are, of course, dissenters. Consumers Union, on its website, advises consumers to go ahead and give those bagged, pre-washed greens an extra washing.

The bottom line is — if you eat fresh lettuce, you're taking a small risk. An additional washing won't change the risk much, one way or the other. "If you want absolute safety for lettuce, you'd have to stir-fry it. Which they do in Asia!" says Robert Buchanan, Director of the Center for Food Safety and Security Systems at the University of Maryland.