Accessibility links
Buying Sustainable Fish Is Getting Easier, But It's Still Hard : The Salt Even as some retailers are turning to certification schemes and rating systems to offer consumers trustworthy choices, the art of sustainable seafood buying now requires a sophisticated understanding of geography and science on the part of the consumer.

Buying Sustainable Fish Is Getting Easier, But It's Still Hard

Buying Sustainable Fish Is Getting Easier, But It's Still Hard 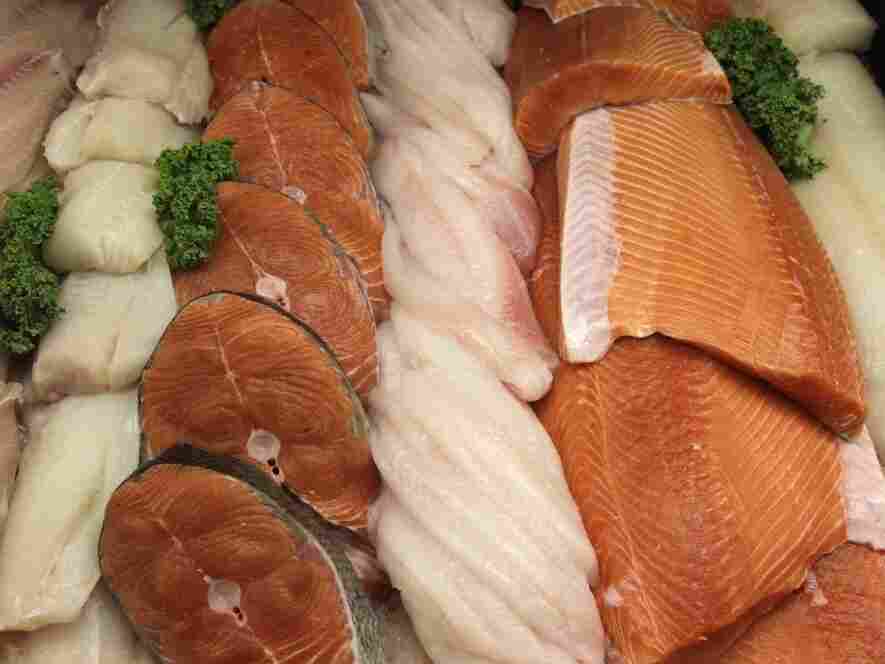 Fish on display at a Whole Foods Market in Hillsboro, Ore., in 2010. Rick Bowmer/AP hide caption 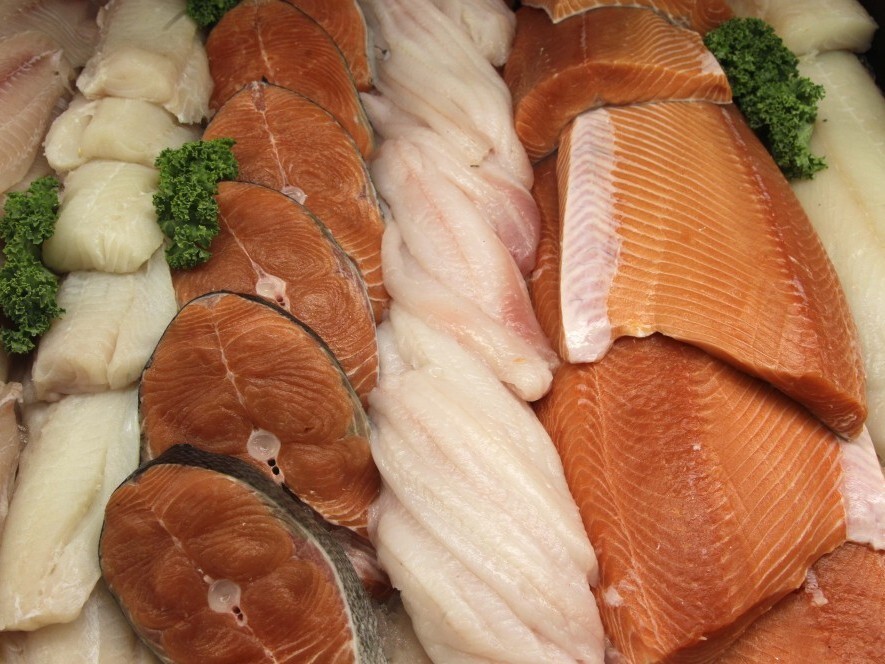 Fish on display at a Whole Foods Market in Hillsboro, Ore., in 2010.

This week, Whole Foods, the upscale grocer, said it is eliminating 12 wild fish species from its seafood section as part of its commitment to ocean conservation. The fish, rated "red" by conservation groups that evaluate overfishing and other problems, include popular choices like Atlantic halibut, octopus, and some tuna.

In a video circulated by the company, chef and author Michel Nischan called Whole Foods' decision "massive, because you have a super-large retailer ... making a very difficult choice."

Whole Foods isn't the only company to stop buying certain fish because of how they're caught or raised. Target and Wal-Mart have also committed to purchasing certain fish certified as more sustainable by independent bodies.

But even as some retailers increasingly rely on certification schemes and rating systems to try to offer consumers more trustworthy choices, consumers still find themselves having to bone up on fisheries science and gear if they want to buy sustainably harvested fish.

And while Whole Foods is trying to make it easy for consumers by eliminating the most threatened species, the onus is still on consumers who are shopping elsewhere to understand some of the finer details of the rating systems, which can be confusing.

The Blue Ocean Institute, Monterey Bay Aquarium, and Environmental Defense Fund have created their own rating systems, which don't always match up. Then there's the Marine Stewardship Council, the biggest certification body for sustainable seafood, which, according to a story this week in the Washington Post, also may not always deliver on its promise to hold fisheries to the highest environmental standards.

So how does all this play out in the grocery store? Take tuna, for example. Whole Foods says it won't sell tuna "from specific areas and catch methods rated 'red' by our partners." What does that mean?

Well, according to the Blue Ocean Institute, the tuna to most assiduously avoid is bluefin, from the Atlantic and Pacific Oceans. OK, that seems relatively straightforward — and bluefin isn't exactly the kind of tuna you find in a can. It's the most coveted and expensive tuna money can buy.

But what about albacore tuna — a more common variety? Here's where you need to know something about fishing gear to make a good choice. Blue Ocean says albacore caught with a longline is a no-no. Troll or pole-caught albacore, however, is OK, and gets the friendly green light from Blue Ocean. (This is also the tuna Whole Foods will continue to sell.)

Geography can matter, too.

As Nancy Shute reported last month here on The Salt, shad is another fish that the Monterey Bay Aquarium Seafood Watch recommends that people leave off the plate. But others say that only applies to places where populations are most at risk — in Georgia and South Carolina, for example, shad fisheries are reopening.

Consumers can turn to pocket-sized rating guides, and certification schemes, to help explain the some of the differences between good and bad fishing practices. But until those practices are more widely understood by retailers who are willing to make choices easier, the seafood counter is going to remain a vexing place.