Accessibility links
Mad Cow Disease: What You Need To Know Now : The Salt The food supply is safe, federal officials say, even though a fourth case of mad cow disease has been discovered in the United States. A 2009 ban on using cattle parts in animal feed may be why cases are so infrequent. 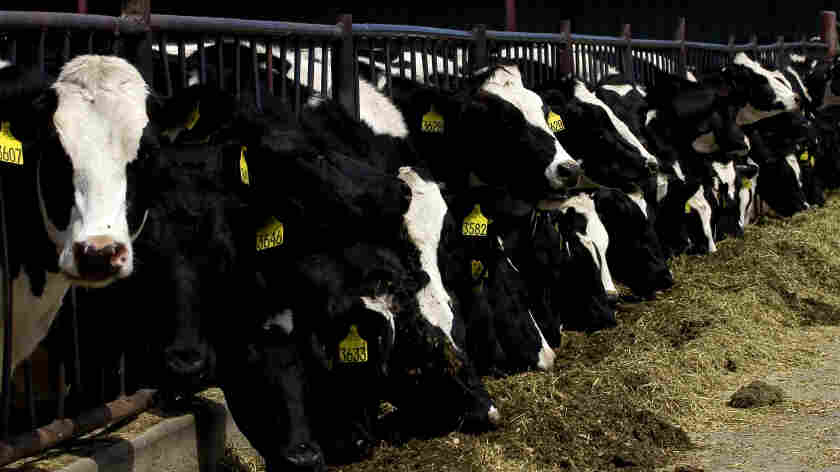 Cattle feeding practices have been changed in an effort to halt the spread of mad cow disease. iStockphoto.com hide caption 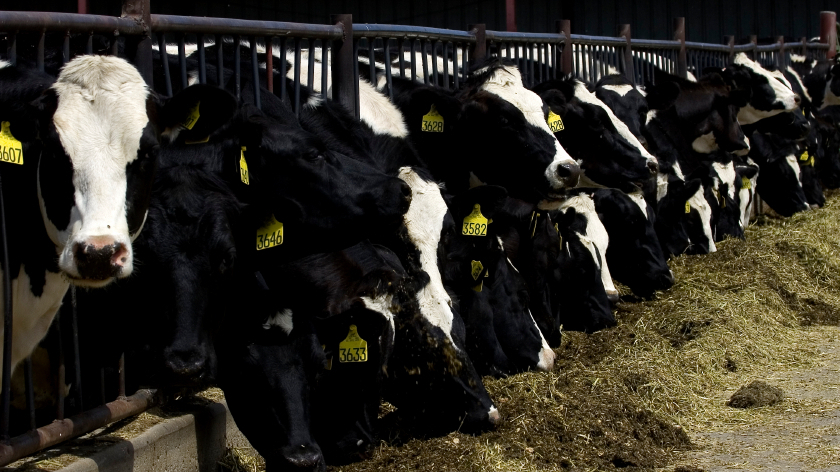 Cattle feeding practices have been changed in an effort to halt the spread of mad cow disease.

Mad cow disease has been detected in a cow in California, the first time since 2006 that the deadly disease has surfaced in the U.S.

What does that mean for those of us who might want to eat a burger, or drink a glass of milk? The food supply is safe, the U.S. Department of Agriculture said Tuesday. Here's a quick rundown of what we know now. For more on mad cow, listen to Jim Culler, director of the UC Davis Food Safety Lab, on today's All Things Considered.

How can the USDA say this doesn't threaten safety of the food supply?

There are two reasons.

The first is that the cow in question wasn't destined for the food supply. Its carcass had been sent to a rendering plant in California. Those carcasses are typically used for pet food or industrial uses.

The second is that this cow had a rare form of bovine spongiform encephalopathy, mad cow's official name, that is caused by a spontaneous mutation. That's different than getting the disease from eating feed made out of bone and tissue from infected cattle, which caused the outbreaks in England in the 1980s and 1990s.

How was this case of mad cow found?

The cow was selected for random testing at Baker Commodities in Hanford., Calif., an official there told the Associated Press.

It's part of a testing program mandated by the USDA after mad cow disease was first discovered in the United States in 2003.

The USDA randomly tests about 40,000 cattle per year. That's just a tiny percentage of the 34 million cattle slaughtered in the U.S. in 2011. But the testing is supposed to focus on older cattle or sick cattle most likely to be infected.

This case brings the mad cow count in the United States up to four. That includes the first case, in Washington state in 2003; one cow in Texas in 2005; and one in Alabama in 2006.

It's caused by prions, weird mutant proteins that are found in brain and spinal tissue. They're responsible for other diseases in animals, and the human version of mad cow, called Creutzfeldt-Jakob disease. All these diseases slowly destroy brain tissue, and are fatal. There's no treatment.

Prions were first discovered by neurologist Stanley Prusiner in the 1980s. They remain mysterious, and there's no consensus on what causes them to form.

How do people get infected?

People can get Creutzfeldt-Jakob disease from spontaneously generated misfolding of proteins in the nervous system. Or they can get it from eating meat from an infected cow. That's what happened in the United Kingdom. More than 150 people died of the disease there in the 1980s and 1990s. Researchers eventually figured out that they got sick from eating the meat of infected cattle.

Why is that less of a threat now?

The U.S. and other countries have stopped using high-risk cattle parts in animal feed, including pet food. That includes parts from older animals, and brain and spinal tissue. Feed was considered a key cause of the British mad cow epidemic.

Is it possible to get mad cow disease from milk?

The milk supply is safe, federal officials say. Prion diseases affect the nervous system, and there's no evidence they've ever been transmitted by drinking milk.

How worried should I be?

Though mad cow disease and C-J disease sound like material from a horror movie, both diseases are very rare. The federal Centers for Disease Control and Prevention estimates that mad cow disease affects 0.167 cows per million in the United States.