Accessibility links
The Cuban Sandwich Crisis Has A Winner: Tampa : The Salt The votes and the judge's ruling are in, and Tampa has trumped Miami as the home of the Cuban sandwich. Our poll and two audio essays from reporters in Tampa and Miami helped make the case.

The Cuban Sandwich Crisis Has A Winner: Tampa

The Cuban Sandwich Crisis Has A Winner: Tampa 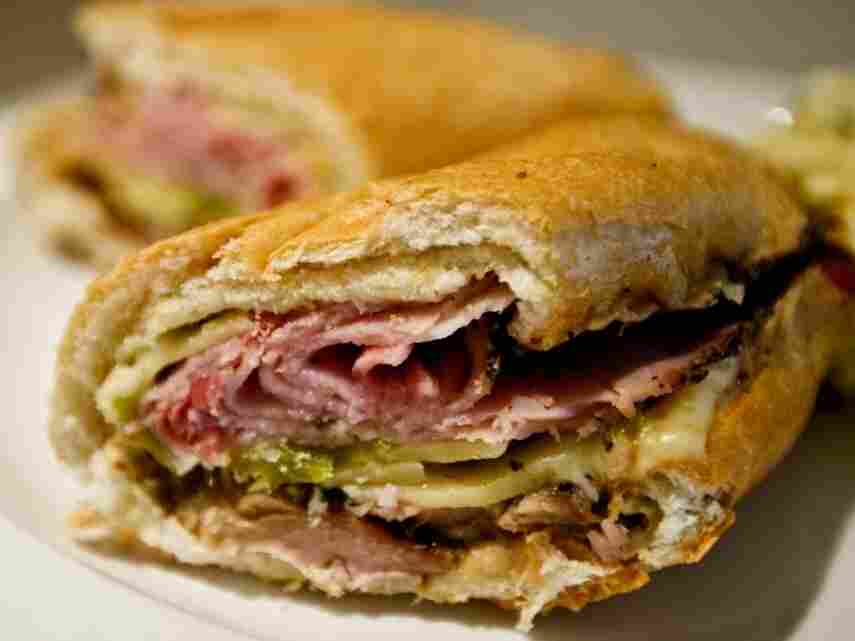 The winning Cuban from Tampa, in all its cheesy, salty glory. Scott Finn for NPR hide caption 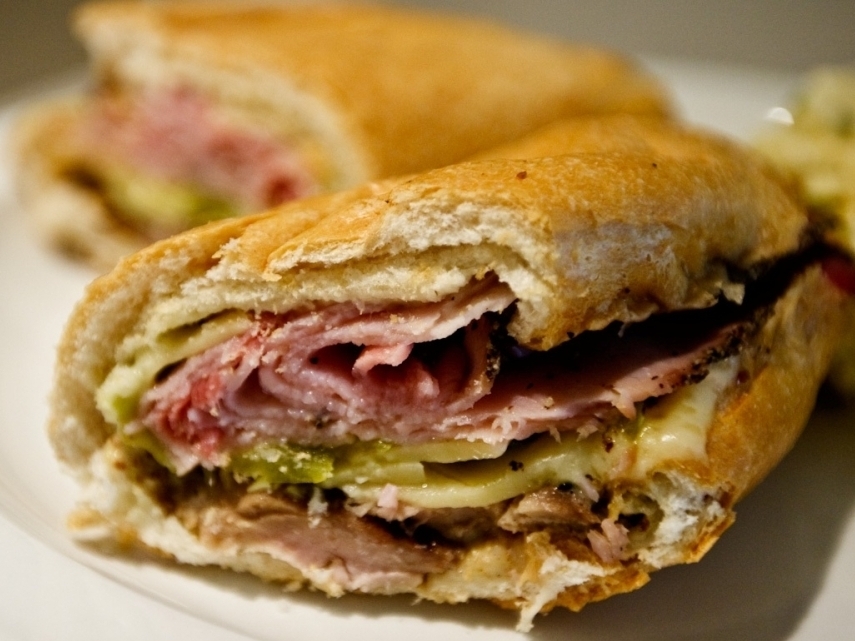 The winning Cuban from Tampa, in all its cheesy, salty glory.

After an admirable effort by the upstart Miami Cuban community, the people have chosen Tampa as the true home of the Cuban sandwich.

More than 7,200 people voted here at The Salt, and the results speak for themselves: 57 percent chose Tampa, 43 percent went for Miami as the first city of the Cuban sandwich.

That shouldn't be too surprising, considering that history is on Tampa's side. But some people need to be convinced.

The sandwich is, of course, the invention of cigar workers in Tampa's Ybor City. The standard version is cold or hot-pressed, with shredded pork, glazed ham, swiss cheese, pickle and mustard on white Cuban bread. (The Tampa version also has Genoa salami, which Miamians consider an abomination.)

But the kerfuffle over which city can rightfully lay claim all started when the Tampa City Council voted to rename it the "Historic Tampa Cuban Sandwich." They even considered whether to trademark it.

This outraged some in Miami, including Mayor (and Cuban exile) Tomas Regalado.

WLRN in Miami and WUSF in Tampa took it upon ourselves to settle this once and for all with dueling essays stories on the sandwich.

NPR's Luis Clemens agreed to judge. He's Cuban and from Miami, so he knows this sandwich.

"I've lived all over the world, from Argentina to Zimbabwe, and everywhere I go I always crave a Cuban sandwich," he said.

He listened to both audio stories, and judged them on 1) Which one represents the taste of a Cuban sandwich better, using audio, and 2) Which one makes the better historical claim for the ownership of the Cuban sandwich.

First, he listened to WUSF's Bobbie O'Brien make the case for Tampa. He said he came away hungry.

"I love the opening of the piece, and the sound of the outsized kitchen knife slicing through the bread, and the bread crumbs flying everywhere," he said.

"And the reference to a Cuban cigar immediately transported me to the last time where I sat somewhere smoking a cigar, drinking Cuban coffee and wishing I had a Cuban sandwich. It was very precise, very evocative. It really had me thinking of how hungry I am right now.

Then, he listened to WLRN's Kenny Malone take an attack-ad approach to knocking down Tampa's sandwich.

"I love the attack ad notion, because its true to Miami politics and Cuban American politics," Clemens said. "But you know, some things should be above attack ads ... it didn't provoke the taste buds. It didn't evoke the notion of the pork melting in your mouth."

Ultimately, Clemens said there was no question about Tampa as the winner of the contest. "And that's coming from a Miami native."

But that does not mean Tampa has any larger claim, he added.

Scott Finn is the news director of NPR member station WUSF in Tampa.