Accessibility links
Stone Age Mediterranean Farmer ISO Hungry Nordic Hunter-Gatherer? : The Salt What was a farmer with Mediterranean roots doing in Sweden 5,000 years ago? Bringing farming north to the hunter-gatherers, according to new DNA research. 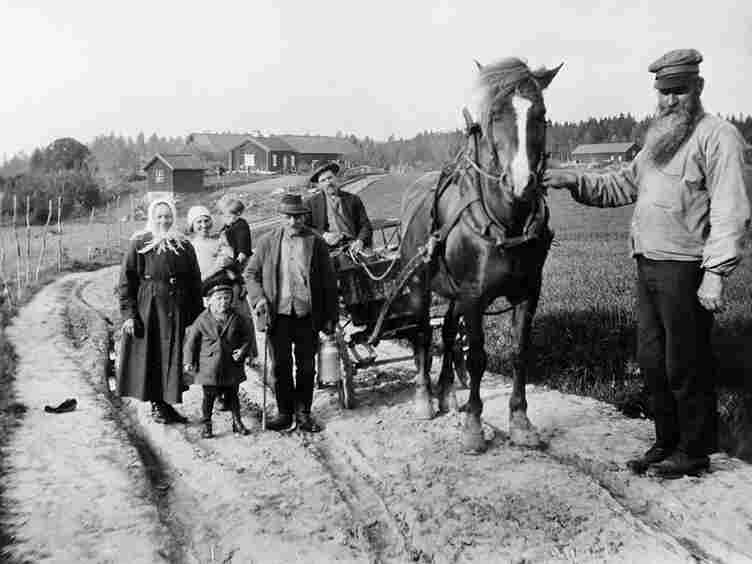 A family near Karsta, Sweden, in the 1930s. Did their ancient forebears hail from the Mediterranean? Swedish Heritage Board hide caption 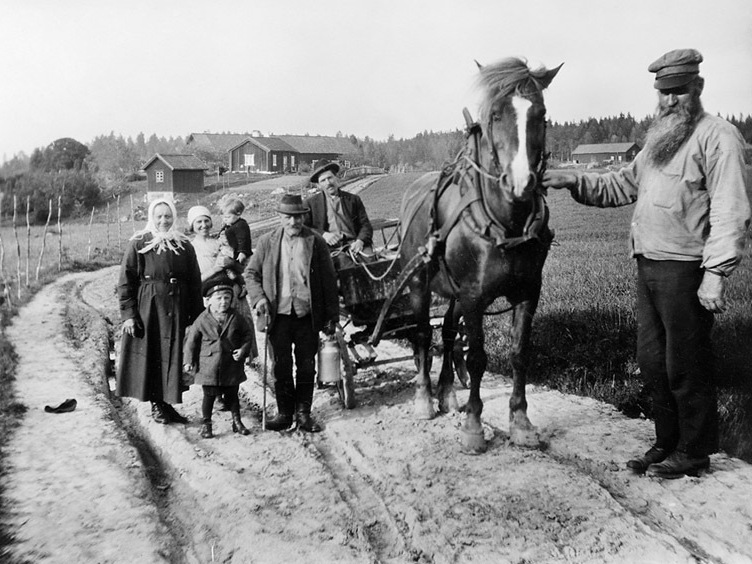 A family near Karsta, Sweden, in the 1930s. Did their ancient forebears hail from the Mediterranean?

Farming transformed Europe when it arrived from the Near East about 6,000 years ago. But was it the agricultural know-how that traveled, or the farmers themselves?

By comparing DNA from Stone Age farmers and hunter-gatherers, Swedish researchers say it's clear that the farmers traveled north through Europe, bringing their agrarian skills with them.

How else would a farmer with Mediterranean DNA end up in Sweden?

Now, the people whose DNA was tested died about 5,000 years ago, so we don't have firsthand evidence of their social habits. The above scenario was, admittedly, wildly speculative.

But we do know that the three hunter-gatherers who lived on an island off the Swedish coast had DNA similar to that of modern-day Finns and other Northern Europeans, while the farmer, who lived less than 250 miles away in what's now southern Sweden, had DNA more like that of people from Greece and Cyprus.

Thus, the researchers write, it could be that "farming practices were brought to northern Europe by a group of people that were genetically distinct from resident hunter-gatherers."

The researchers, led by Pontus Skoglund, a graduate student in evolutionary genetics at Uppsala University, say they can't tell how the farmer or his forebears came to Sweden. But they say it's most likely that the arrival of farming in Northern Europe was the result of gradual migration over many generations, not an epic trek by one pioneer.

If that's true, it means that the ancient farmers tended not to mingle with the hunter-gatherers, at least not at first.

But the farmers eventually must have persuaded the foragers that staying put and hoeing was where it's at. Or the foragers shared some sweet berries. Because the DNA in modern Europeans is a bit of a mix between these two Neolithic groups.

The research was published in the journal Science.

Farming men were more likely to migrate north than were women, NPR's Richard Harris reported in 2010. But this new study looked at DNA from cell nuclei, which is inherited from both parents, and thus couldn't speculate on how gender might play a role in farming's northern migration.