Accessibility links
Nutella Maker May Settle Deceptive Ad Lawsuit For $3 Million : The Salt It might be hard to imagine anyone believing that Nutella, the sweet chocolate-hazelnut spread is good for you. But the company's agreed to settle claims that its ads made it seem healthier than it is. 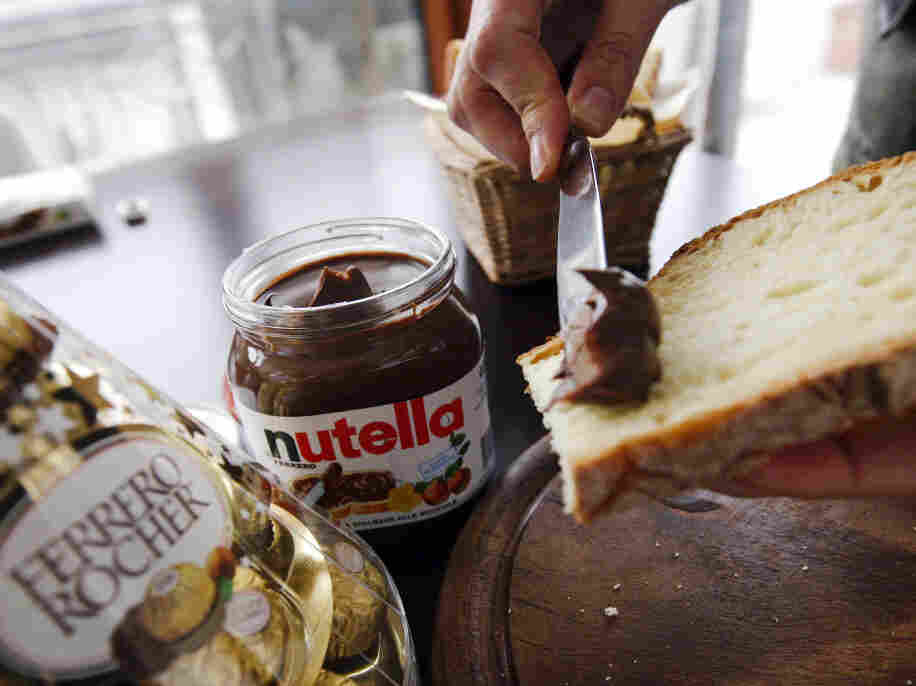 The fact that Nutella's parent company, Ferrero, is known for its chocolates might be a tip-off that the sweet hazelnut spread isn't exactly "health" food. STEFANO RELLANDINI/Reuters /Landov hide caption 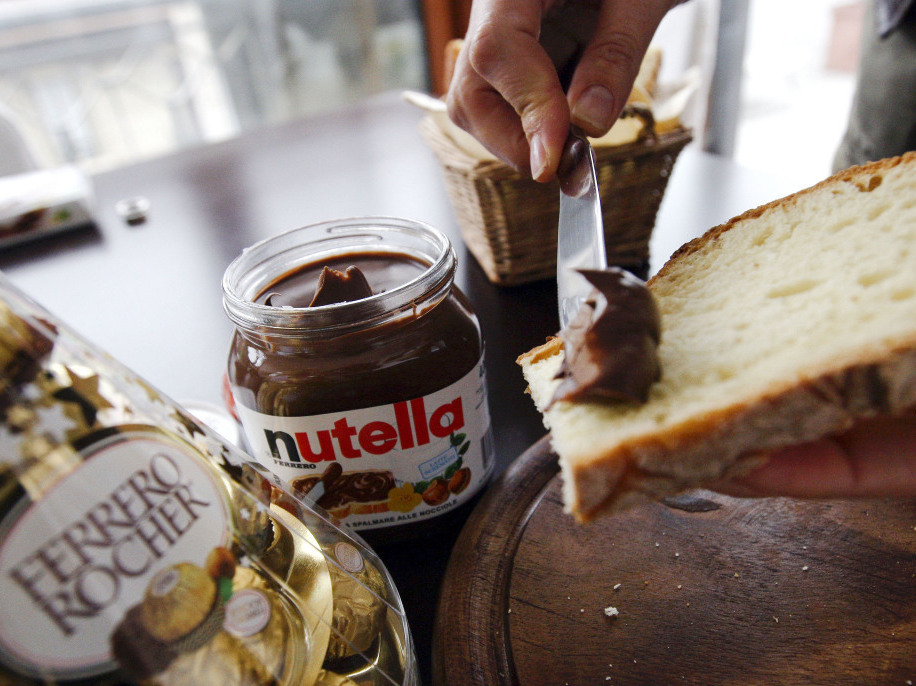 The fact that Nutella's parent company, Ferrero, is known for its chocolates might be a tip-off that the sweet hazelnut spread isn't exactly "health" food.

Remember that California mom who sued Nutella maker Ferrero over misleading advertising that made the addictive and gooey chocolate-hazelnut spread seem healthy?

Well, her lawsuit was awarded class action status, and the New York Daily News reports that Ferrero has agreed to settle for $3 million. That works out to be about $4 a jar or less, if you're thinking of making a claim.

Quick recap: as we reported on the Shots blog last year, the trouble began when Athena Hohenberg realized that the Nutella she'd been feeding her 4-year-old daughter was "the next best thing to a candy bar," according to court documents. Hohenberg says she was taken in by ads and product labels that claimed Nutella was "healthy" and "part of a balanced meal." When friends eventually pointed out Nutella's high sugar and fat content, she sued Ferrero for deceptive advertising.

Nutella maker Ferrero will stop running this ad on TV after agreeing to a settlement over disputed claims that the hazelnut spread is "healthy."

At the time, many commenters were astounded that anyone would consider TV ads a reliable source of nutritional information. Indeed, it only takes a glance at the label to discover that Nutella's main ingredients are sugar and palm oil.

Now, to be fair, many of us don't really look at labels too closely, but with glaring numbers like 21 grams of sugar and 200 calories in each 2-tablespoon serving – and half of those calories coming from fat – you'd think that might register with a shopper.

Naturally, Ferrero's ads don't mention the fat or sugar. Instead they talk up the "simple, quality ingredients like hazelnuts, skim milk and a hint of cocoa." Apparently, that gave Hohenberg's claim enough weight to convince Ferrero to settle. The company now says it will change its nutrition labels and its advertising, in addition to the $3 million payout.

Under the terms of the proposed settlement, anyone who purchased Nutella in the last few years may join the class action. Each claim will pay out up to $20 – that's $4 per jar, on up to five jars – or less, depending on the number of claimants.

If you, too, were fooled into thinking that sweet, chocolatey, hazelnut goop was actually good for you, visit nutellaclassactionsettlement.com for more information.

For the legal geeks keeping score, technically, there's two class-action settlements — one for California and one for the rest of the country. And they were reached in January, although both settlements aren't really final until the district courts give them the OK at "fairness hearings" in July.