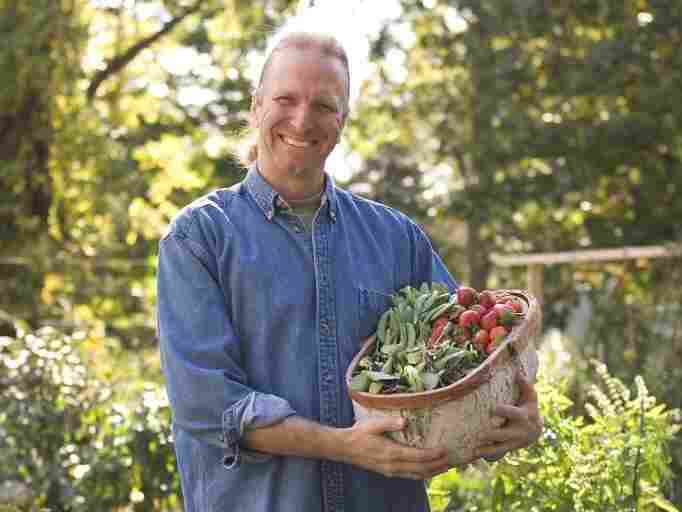 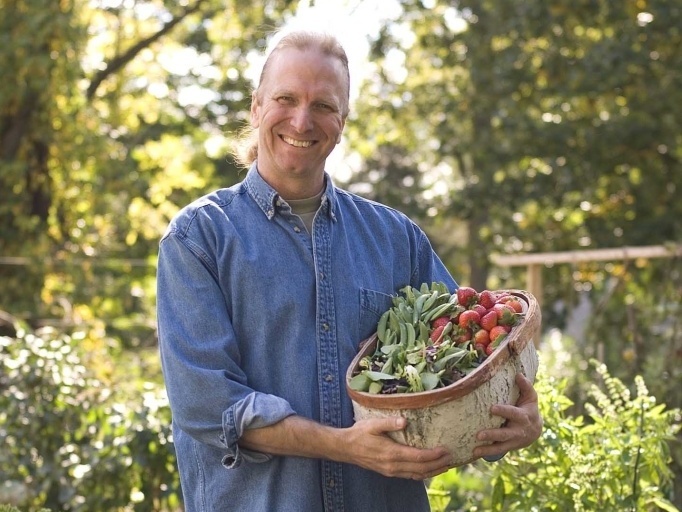 It must take a boatload of energy to be Michel Nischan. He owns a restaurant, writes cookbooks and lead the fast-growing non-profit Wholesome Wave, which connects low-income neighborhoods with local, farm fresh foods. WW has doubled its reach over the last few years, linking about 2,300 local farmers with thousands of people.

So we weren't surprised when we sat down for coffee recently with the uber-kinetic Nicschan that he orders his latte with an extra shot.

He was here in D.C. for Wholesome Wave's annual meeting. The last time we met up with him he was teaching us how to create a lovely three-course meal for less than 5 bucks. Here's a sampling of questions was asked him, edited for clarity and length, and the answers.

Q: So, tell me the premise behind WW's Double Value Coupon Program: It enables people with SNAP benefits (formerly known as food stamps) to double their purchasing power at participating farmers markets. Is this right?

A: Correct. We have always felt that people in under-served communities want better food choices. We felt that if we created a simple sale, by doubling the value of their food assistance benefits, if they chose to spend them at a farmer's market, that it would prove it. And it has.

Q: How does it work in practice? Do the bonus dollars or coupons vary in value from market to market?

A: Yes, we try to keep it simple. We double up to $10 or $20. So, it's really easy for a SNAP recipient or a WIC beneficiary to understand. They know, if they spend $10 of SNAP benefits, they get $20 dollars in produce.

Q: I've heard you say that a broader mission is to help revitalize local economies via local food systems. In essence, you see this as a win-win for communities and farmers, helping connect them, expand markets?

A: Yes, when we look at the determination of small and mid-size farmers who are fighting against all odds to keep their land in production, we know that they can produce more food if there were markets for it. They're capable of stepping up to the plate.

Q: What's the next wave for Wholesome Wave? I'm hearing about a pilot program, Rx Fruits and Veggies, tell me about it. You're thinking of fruits and veggies as a kind of intervention that doctors could prescribe?

A: Yes, if you're overweight, pre-diabetic you need a significant amount of fruits and vegetables. We thought — What if there were a prescription that could be treated as an alternative currency (to buy produce at farmers markets)?

The question is, do you give a family $120 a month of taxpayer dollars to prevent diabetes in forms of fruits and vegetables, or do you allow family members to become diabetic, and then pay hundreds of dollars a month in medicine?

Imagine if health care insurers were reimbursing for prescribing fruits and vegetables (as part of a broader lifestyle coaching program). And to renew (prescriptions) monthly, people came back to get their weight, blood pressure and BMI measured. We might be able to see a correlation between the consumption of fruits and vegetables and reducing things like type 2 diabetes.

Nischan says stay-tuned for more details as the program gets off the ground and findings from the pilot study are released.