Accessibility links
Man Cannot Live On Rice And Beans Alone (But Many Do) : The Salt Rice and beans is a cultural icon in many parts of the world. It's pretty healthy and relatively cheap. It may keep people from starving, as TV personality Sean Hannity suggests, but it doesn't have all the nutrients a body needs for life.

Man Cannot Live On Rice And Beans Alone (But Many Do)

Man Cannot Live On Rice And Beans Alone (But Many Do) 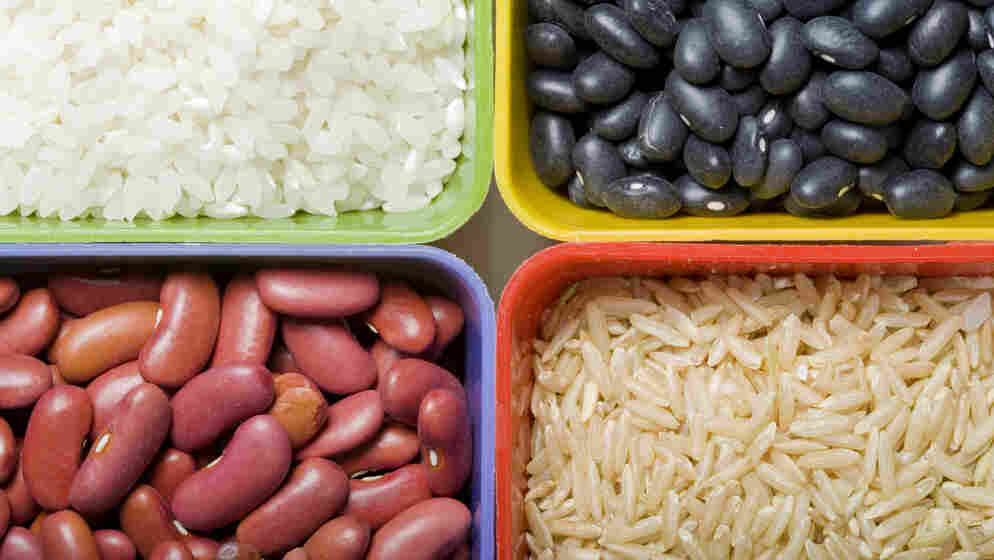 Beans and rice are a popular, healthy, and cheap food option. But how healthy are they? istockphoto.com hide caption 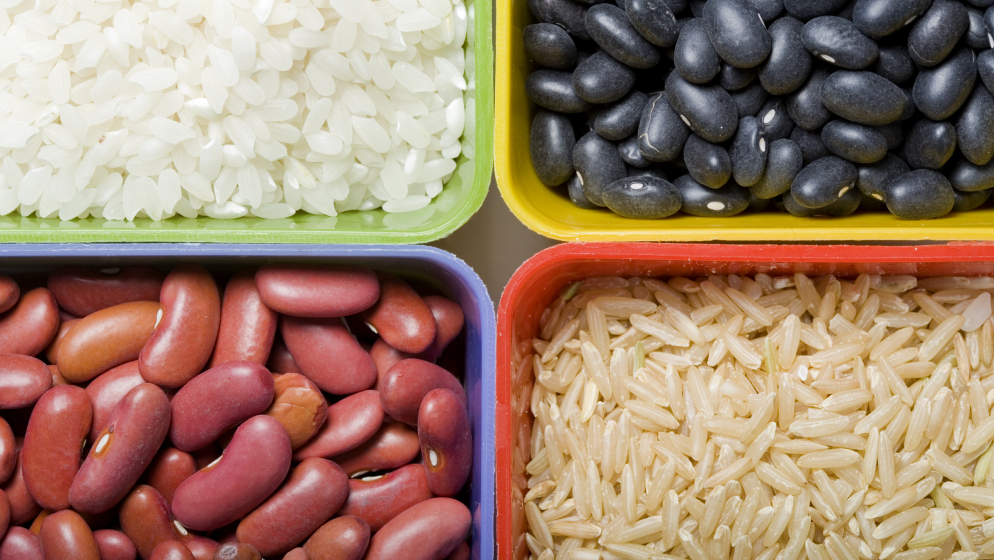 Beans and rice are a popular, healthy, and cheap food option. But how healthy are they?

Rice and beans seem to be made for each other. Jazz great Louis Armstrong paid homage to his favorite dish by signing off with the phrase, "red beans and ricely yours." Vegetarians love them because together they form a complete protein. Plus, they're fairly inexpensive and feed much of the world.

But after conservative TV personality Sean Hannity recently suggested on his radio show that people wouldn't go to bed hungry if they just made a big pot of rice and beans once a week, we thought we needed to check out just how good for you they are.

Turns out, they're pretty healthy in the right combination and style, but that's not the whole story.

Rice and beans have a long history together, and trace their roots back to many corners of the world, from Brazil to West Africa. "[The dish] was probably invented many times because it makes sense to put them together," says Indiana University cultural anthropologist Richard Wilk, co-author of the upcoming book Rice and Beans: A Unique Dish in a Hundred Places.

Their path to the Americas likely came through slaves brought here from West Africa, where the pairing was common. "But rice was expensive until the 18th century," Wilk says, "so it did not become a kind of cheap everyday food for poor people until well into the 20th century."

Of course, rice and beans are now a staple in many parts of the world — but thanks to rising global food prices, the combo may not be as healthful as it could be. That's because beans tend to be more expensive than rice. As a result, the poorest tend to increase the amount of rice they eat and decrease their bean consumption, says Hannia Campos, a nutrition professor at the Harvard School of Public Health. "The trend is to deteriorate the basic meal," she says.

This is bad because beans are the more nutritious part of the pair. Campos and her colleagues have found that increasing the ratio of beans to rice may decrease the risk factors for heart disease and diabetes. After all, beans are a low-glycemic-index food that makes a person feel full, so they eat less of other things. Beans are also full of fiber, potassium, folate, iron, manganese and magnesium, and they are cholesterol- and fat-free. They're a superfood.

Another nutritional worry is the rice itself, which most often is polished, white rice. The processing that turns brown rice into white removes the bran and germ layers, along with much of the healthy oils, iron, magnesium and vitamins B1 and B3. What's left behind is a starchy grain with a high glycemic index, meaning that it raises a person's blood sugar level after eating and doesn't fill them up for very long.

A recent study in the British Medical Journal even found that eating white rice is associated with a higher risk of Type II diabetes, and diabetes rates are rising worldwide. Brown rice would be better, Campos says.

Still, if rice and beans is all you've got, it's a pretty decent choice.

But "you're not going to have a complete diet," she says. The combo lacks Vitamin C and other essential nutrients. "It's extremely important that you eat meat and vegetables," Campos says.

To some extent, Hannity acknowledges this later in the show: "Look, you should have vegetables and fruit in there as well, but if you need to survive you can survive off it," he tells a caller.