Accessibility links
What Will Make The Food Desert Bloom? : The Salt Improving the health of people living in food deserts is much more than making sure there are veggies on the shelves. As activists have learned, it takes education and some old-fashioned innovation, too. 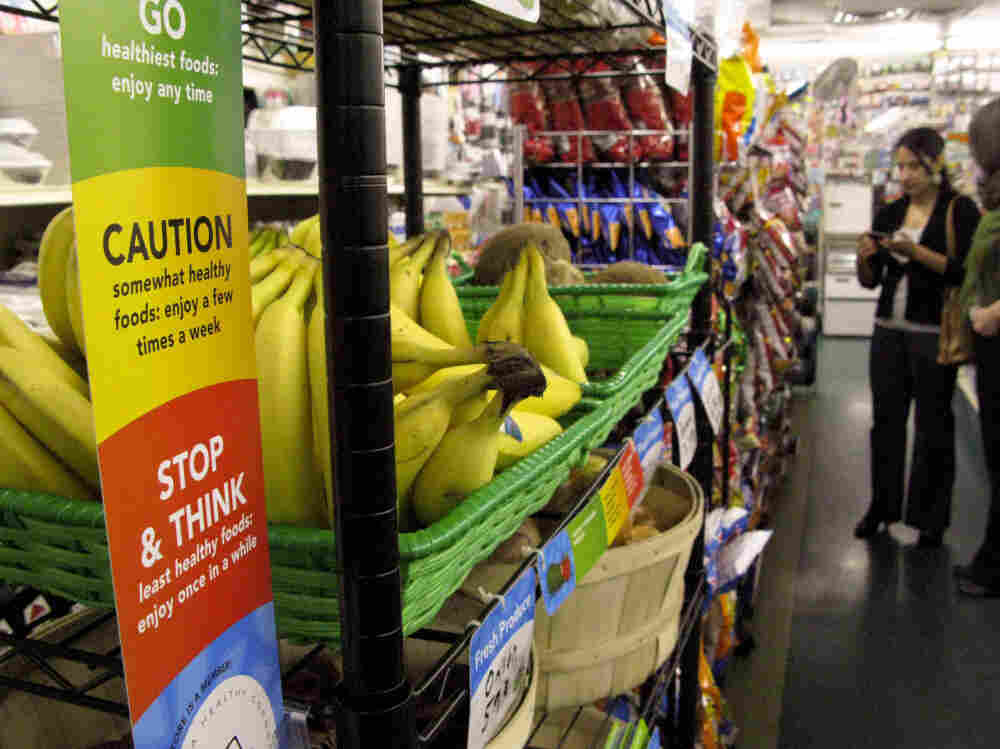 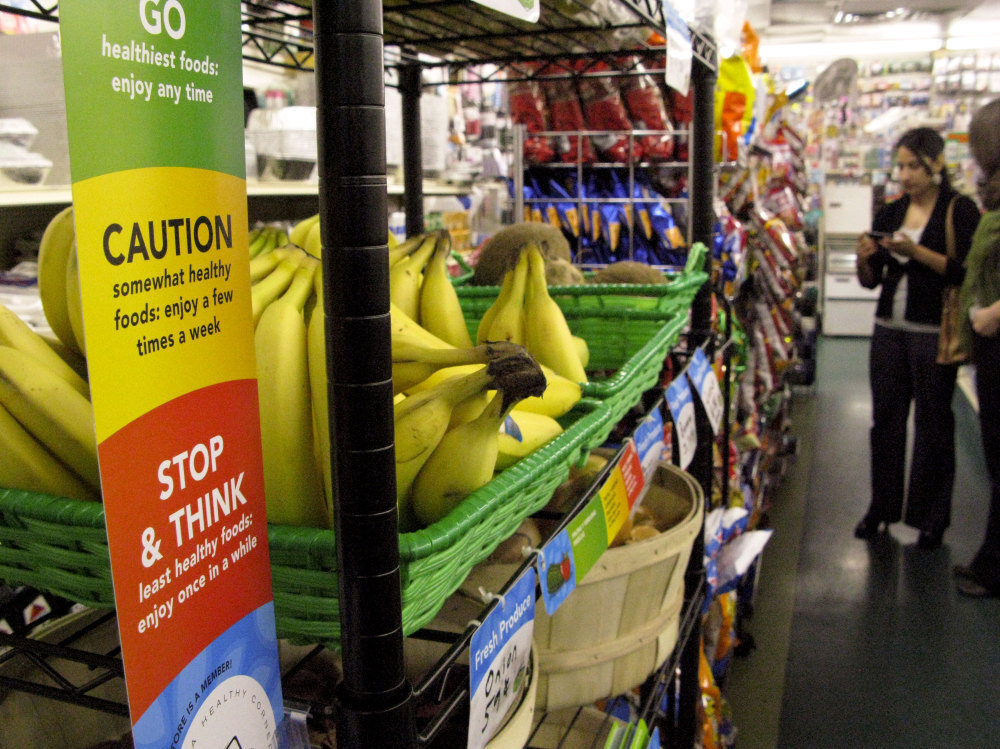 Symbols like these are designed to help shoppers make healthier choices

There's a battle for better health going on in poor neighborhoods across the country, and part of that battle involves getting people living in so-called food deserts access to healthy food.

But as many activists have learned, it takes a combination of access, innovation, and education to change peoples' habits for the better.

Duane Perry stepped into the struggle by accident twenty years ago. He founded an organization called The Food Trust that set up farmers markets in low-income neighborhoods of Philadelphia. At the time, he wasn't thinking about what makes people healthy or sick. The lack of grocery stores in these neighborhoods just seemed like an issue of basic fairness.

"We'd go out and hear stories from little kids who'd say, 'My grandmother has to go out to the suburbs; she has to borrow a car from a friend to go once a month to get fresh fruits and vegetable; why is that?'" says Perry.

Once Perry and his fellow food campaigners started working in some of these neighborhoods, though, they came to see a connection between food markets and public health. They realized that the parts of the city without good supermarkets also were home to people who suffered from high rates of illnesses related to poor diet, such as obesity and diabetes.

"We heard stories of nurses who would actually buy food, bring it into the health center, and distribute it to their clients, because that was the only way for them to get food," Perry says.

Activists and researchers in other American cities, such as Chicago, and in the United Kingdom, noticed the same thing. Some started calling such areas "food deserts" - although Yael Lehmann, executive director of The Food Trust, doesn't really like that term. "It gives this idea that there's no food at all. But the truth is that they're bombarded with soda and chips and unhealthy products," she says.

The Food Trust started a campaign to bring more and better supermarkets into areas that lacked them. The US Department of Agriculture has taken up the fight against food deserts (it even has a handy Food Desert Locator), as has Michelle Obama, with her "Let's Move" campaign against childhood obesity.

There have been successes. In Pennsylvania, a government-backed lending program has persuaded dozen of supermarkets to move into neighborhoods that didn't have any.

But along with those successes, have come disappointments.

"We've learned that access alone doesn't do it," says Barry Popkin, a professor of public health at the University of North Carolina. A few years ago, Popkin chaired a meeting of experts on the health effects of food deserts. The farmers markets didn't seem to have a measurable effect on the health of people in that neighborhood. Nor did bringing in a supermarket.

So the Food Trust is shifting gears a bit. Instead of just trying to bring in supermarkets, it's working with the owners of hundreds of little corner stores - the kind that are common throughout low-income areas of the city, but have a reputation for selling mostly junk food.

The Polo Food Market at the corner of 10th and Brown Streets has a new, colorful refrigerator. It's on loan from The Food Trust, and it's stocked with fresh fruit and vegetables.

Store owner Salinette Rodriquez says she always wanted to sell this kind of thing. "So when they came with the idea, I said 'Great! This is what we need!"

She says dozens of kids come in here every morning and leave with fruit: Apples, oranges, and lots of bananas. "Once they see something, they'll take it. If they don't see it, they won't take it."

We've reported before that simply moving fresh foods up to the front of the corner store or improving grocery store lighting attracts more buyers.

But making this food available is only the start of this new campaign. On several store racks, there are signs that rate products green, yellow, or red, based on how nutritious they are. And there are flashy little cards with recipes for how to use some of the most nutritious ingredients. Each of these meals should feed a family of four and cost about five dollars.

On this day, the tray of recipe cards is full. "We re-stocked today," says Rodriguez. "But they just take them. They say, 'Oh, I did this. This is good!' And they come and grab another one every morning. I'm like, 'Good!"

Barry Popkin, from the University of North Carolina, says this is the sort of effort that really can work. But changing food habits won't happen quickly, he says. Powerful economic incentives got us into this situation over the course of the past half-century.

When I got to the Polo Food Shop, in fact, I got a reminder of what the reformers are up against. The Frito-Lay man was already there, re-stocking the shelves.