Accessibility links
What Our Gut Microbes Say About Us : The Salt While U.S. adults have relatively uniform microbe colonies in their guts, adults in Malawi and Amazonia have much more diverse populations. Scientists are still struggling with why that is and what it means.

What if it's not just our genes or our lifestyle, exactly, that makes us skinny or fat, healthy or sick? What if it's also the makeup of the bacterial ecosystem that inhabits our gut? 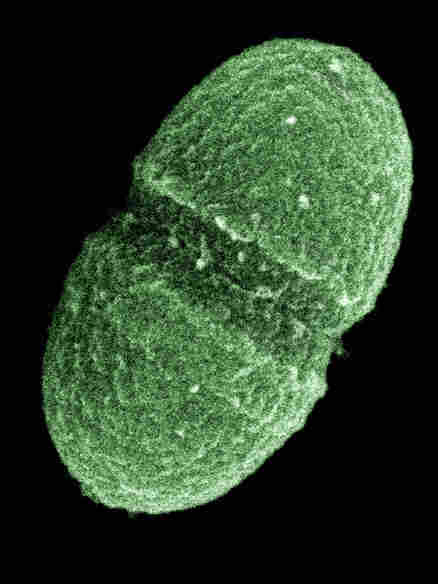 The bacterium Enterococcus faecalis is a beautiful example of a gut microbe. National Institutes of Health hide caption 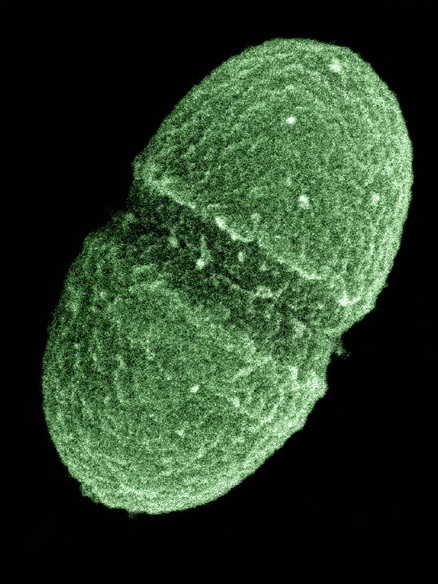 The bacterium Enterococcus faecalis is a beautiful example of a gut microbe.

A growing pile of scientific studies is pointing us in that direction. Researchers in this hot new field describe the microbes in our gut as a vital organ that's as essential as our liver or kidneys. They're finding that this organ, which they call the "microbiome," varies greatly from person to person.

Some microbial communities are better than others at extracting or producing important nutrients, for instance. Also, this internal ecology is altered by the food that we eat, causing much excitement in the diet world.

But what constitutes a microbiome that's good for us, and how might you get one? So far, the researchers can't say.

The latest of these studies was published this week by the journal Nature. It compares the gut microbes of people who live in three very different parts of the world: The United States, the small African country of Malawi, and a remote Amazonian part of Venezuela.

The researchers, led by Jeffery Gordon at the Washington University School of Medicine in St. Louis, found some similarities across cultures and lifestyles. For instance, in each population, the makeup of the gut microbes changes dramatically as children grow older, whether they live in Amazonia or Philadelphia. In all three places, adults possess a more diverse collection of microbes than children.

But Gordon and his colleagues also found some intriguing differences, especially between people in the United States and those of the two other research sites. He found adults in the U.S. have a rather uniform collection of microbes living in them, compared to people in rural Malawi or the Amazon forests of Venezuela.

Gordon can only speculate about the reasons why — it could be because the U.S. uses more antibiotics, or perhaps because people in Malawi and Amazonia are exposed to more microbe-rich environments.

Gordon found some evidence that the microbiome of the gut may help a body out when there's a shortage of particular nutrients. Babies growing up in Malawi and in Venezuelan Amazonia both tended to have more microbes that can help to synthesize vitamin B2.

As Gordon puts it, "it is tempting to speculate" that these microbes may be helping to compensate for a lack of this vitamin in the babies' diets. These babies also had higher levels of microbes that are able to break down urea and use it to make essential amino acids. "This could be beneficial when protein isn't available in the diet," Gordon tellsThe Salt.