Accessibility links
Thomas Jefferson's Vegetable Garden: A Thing Of Beauty And Science : The Salt Thomas Jefferson's garden was a vast, beautiful science experiment involving over 300 varieties of 90 different plants. And no gardening detail was too small for Jefferson to note in the gardening journal he kept for nearly 60 years.

When you listen to All Things Considered host Melissa Block's story about Thomas Jefferson's garden, you'll hear how he cared about putting peas on the table and sharing seeds with his friends. He also set loftier goals for his vegetable garden: Monticello's south-facing expanse was a living laboratory for a lifelong tinkerer and almost obsessive record keeper. Jefferson was, in many ways, a crop scientist.

After Jefferson retired from public life to his beloved Virginia hilltop plantation, the garden "served as a sort of this experimental testing lab where he'd try new vegetables he sought out from around the globe," says Peter Hatch, the estate's head gardener. Hatch recently wrote a book about Jefferson's garden and its history called A Rich Spot of Earth.

Somehow, the author of the Declaration of Independence and the nation's third president found spare time to meticulously document his many trials and errors, growing over 300 varieties of more than 90 different plants. These included exotics like sesame, chickpeas, sea kale and salsify. They're more commonly available now, but were rare for the region at the time. So were tomatoes and eggplant. 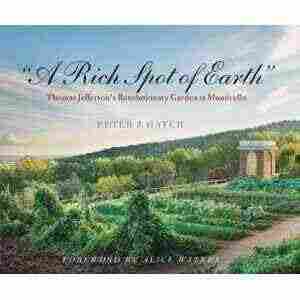 In the nearby South Orchard, he grew 130 varieties of fruit trees like peach, apple, fig and cherry.

All the time, he carefully documented planting procedures, spacings of rows, when blossoms appeared, and when the food should come to the table. Behind Jefferson's "zeal to categorize the world around him" was a patriotic mission, Hatch says.

Jefferson wrote, "The greatest service which can be rendered any country is to add a useful plant to its culture."

Hatch says, "He believed that plants could transform society." Jefferson even mused that the slavery of African-Americans in the Deep South might be replaced if sugar maple trees could replace sugar cane. He said they'd be so simple to tend, children could do it.

Despite those words, Jefferson used slave labor to construct the garden and worked there daily with his enslaved African-American Wormley Hughes, the same man who later dug Jefferson's grave. 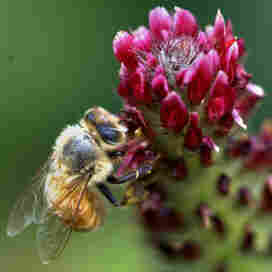 Lots of things failed in the garden. His entries from 1809 show the carrots, beets, sorrel and okra, the cauliflower, tarragon and Chinese melons missing the mark. Jefferson cites Windsor Beans as "killed by bug" and notes on Aug. 21: "From the 7th of Apr. to this day, excessive drought and cold. Now a good rain."

Hatch gives some hope to home gardeners who might want to experiment themselves. "The use of the word 'failed' is repeated throughout [Jefferson's] garden book, and one wonders if any gardener has written about failure as much as Thomas Jefferson. He once also wrote that if he failed 99 times out of 100, that one success was worth the 99 failures," Hatch says.

These days, some of the Jefferson garden bounty is sold to the cafe at Monticello, some goes home with employees, and many plants in the garden are allowed to go to seed. Hatch says Jefferson's once-pioneering garden now acts as a seed bank to perpetuate rare lines and varieties like Prickly-seeded Spinach and Dutch Brown lettuce, all for sale at the gift shop.

Despite the diversity of vegetables Jefferson's garden produced, the recipes unearthed by scholars and attributed to his family were quite typical for the day: Boil everything. Some of the recipes survived and were reprinted in The Congressional Cook Book (1933). If you're looking for instructions for Colonial American-style Cabbage Pudding and Dried Beans, check this out. They're hard to make out, but here are some written in Jefferson's own hand.