Accessibility links
Black Pepper May Give You A Kick, But Don't Count On It For Weight Loss : The Salt Black pepper and other spicy foods are often touted as weight loss aides, thanks to ingredients like capsaicin, but saying no to the freshly-grated Parmesan is more likely to help you lose weight.

Is black pepper the new secret weapon against fat? A recent paper in the Journal of Agricultural and Food Chemistry claims that the piperine, an ingredient in black pepper, has the power to stop the body from making new fat cells, and could be used to treat obesity. 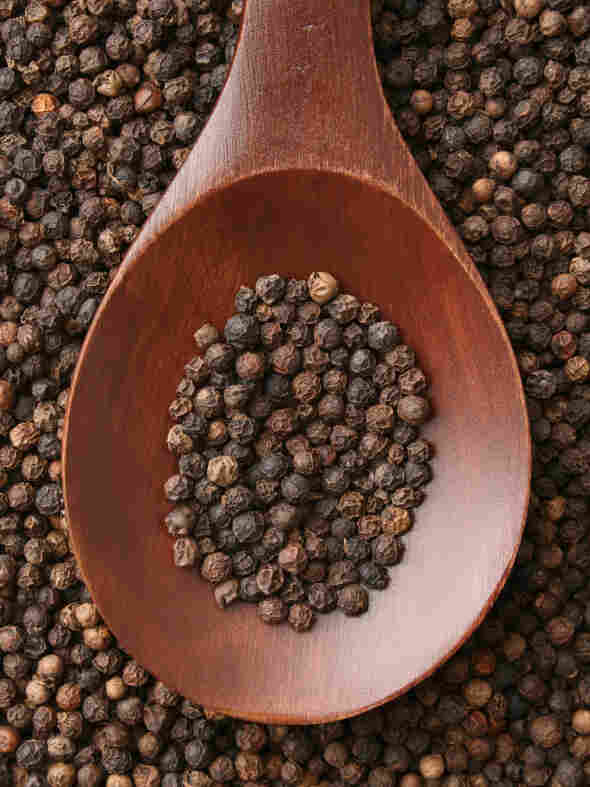 Can you fight fat with a spoonful of these? iStockphoto.com hide caption 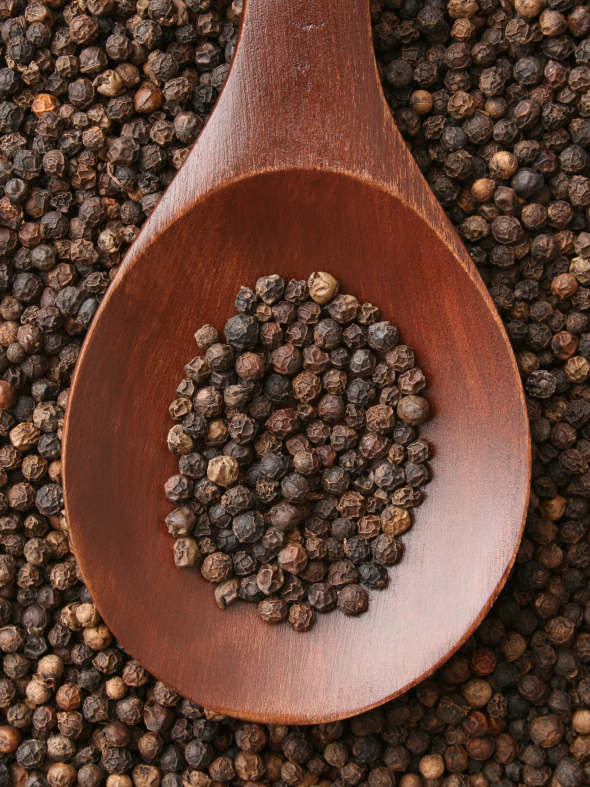 Can you fight fat with a spoonful of these?

Now before you run out and buy yourself a pepper grinder and a pint of ice cream, it's worth noting that the studies were done on cells grown in a petri dish. And not even human cells — mouse cells — loaded with concentrations of piperine 100 times higher than what one might ever achieve in the bloodstream.

"That's not to say that pepper might not have some really interesting effects," Michael Jensen, an endocrinologist at the Mayo Clinic, tells The Salt.

Turns out there is some limited evidence that pepper, ginger- and other spicy foods might actually benefit your metabolism. There are a number of studies showing that capsaicin — the stuff that gives chili peppers their heat — can rev-up the motor of our metabolism – and some of them have even been done on humans. Even mild peppers contain it, as we've reported before.

But the effects are modest at best. At least one study suggests that the function of capsaicin may be to suppress appetite, rather than increase calorie or fat burning.

Still, those modest benefits are enough to spark claims that extracts of these spices are the next weight loss miracle. Capsules of cayenne or piperine extracts can be found online or in the nutritional supplement section of your local drug store, and dozens of manufacturers include them in products that claim to promote weight loss.

But researchers at Purdue University have found some evidence that it may not be enough to just take a pill — you have to actually taste the pepper to make it effective. That same research showed that the metabolic effects are strongest in people who don't normally eat spicy food, and the effects may only be temporary.

"I'm not poo-poo-ing pepper. It may have some beneficial effects. Just maybe not through the mechanism they are proposing," says Jensen.

So the next time the attentive wait staff at your favorite bistro asks you if you'd like some freshly ground pepper on your fifteen dollar Caesar salad, should you say yes?

"If you like it," says Jensen, "But it's probably not going to make you skinny."

Apparently, in the war against fat, saying no to the freshly grated Parmesan cheese is going to be more effective than saying yes to the black pepper. It's a cruel, cruel world.