Accessibility links
Bring On The 'Yabbies': Australia Ditches The Bad British Food : The Salt On a recent trip, Weekend Food Commentator Bonny Wolf was taken by surprise by Australia's stunningly diverse cuisine, especially the dizzying array of exotic seafood like yabbies and marron at the Sydney Fish Market. 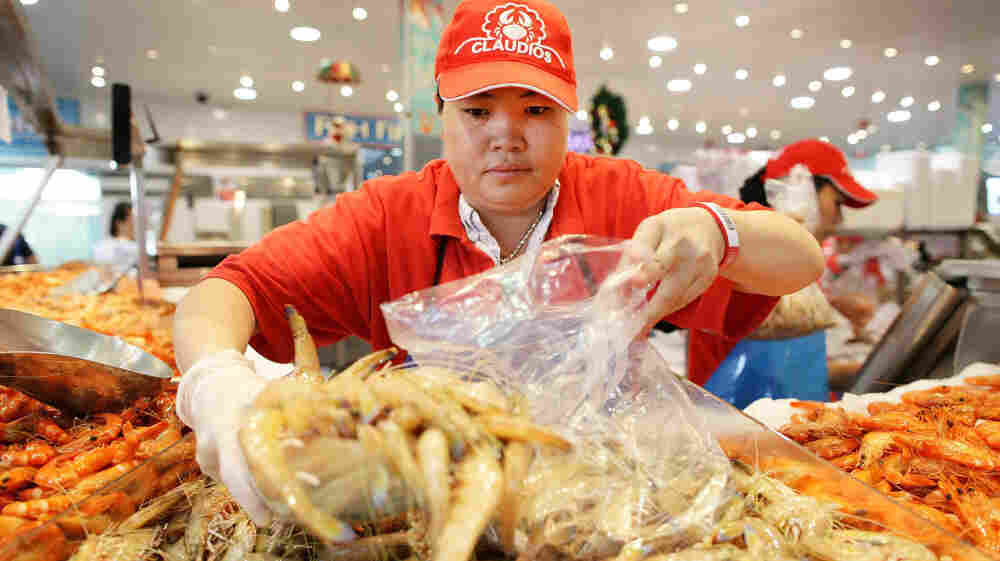 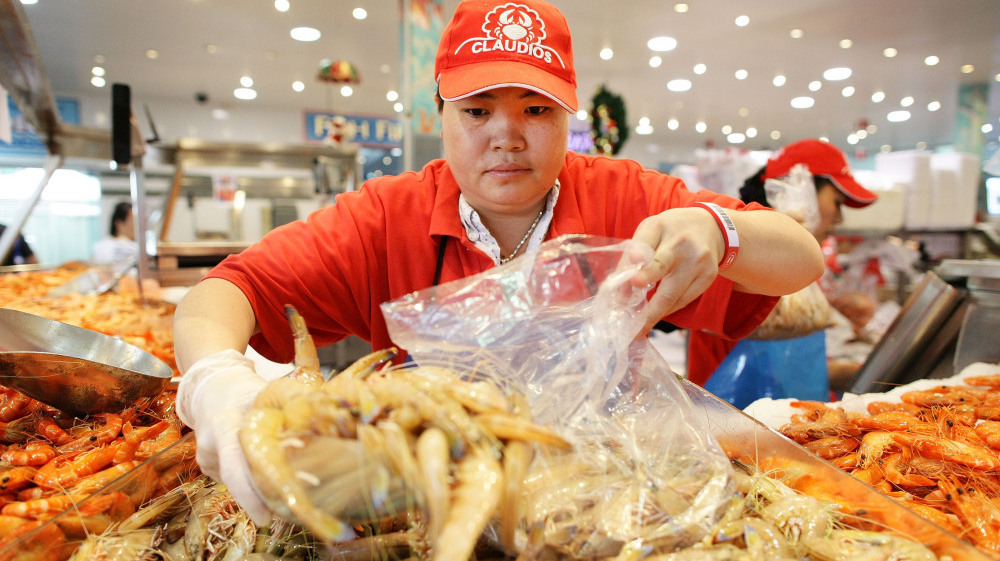 A fishmonger prepares her wares at the Sydney Fish Market.

Travel often brings the unexpected. But I was unprepared to find some of the best food I've ever eaten in Australia.

On a recent trip, we stopped at a café for lunch. An Australian woman we had seen earlier at a sheep dairy ran over and recommended the marron salad. "What is marron?" I asked.

Toto, we're not in Kansas any more. We are in Oz — which is what the locals call Australia. And bad British food is no longer the norm.

Marron and yabbies look kind of like crawfish, in case you were wondering. At the amazing Sydney Fish Market they sit side-by-side with all kinds of seafood I've never heard of: Balmain bugs, blue-spotted goatfish, mud crabs and the impossibly delicious barramundi.

One of every four Australians is from somewhere else. This on a continent with fewer people than California. And most people live on the coast, so they eat a lot of fresh fish.

Aboriginal people lived here as hunter-gatherers for about 40,000 years before the British started sending criminals to Australia in 1788. Subsequent waves of immigration brought people from all over the world. War, poverty and politics brought significant numbers from Europe, Southeast Asia, India, Africa and the Middle East.

The immigrants found a climate varying from temperate to tropical where they could grow just about anything year round. The wine and olive industries flourished.

When a Sydney friend was raising her children in the late 1970s, she sent them to school with Vegemite sandwiches on white bread. Now her 5-year-old granddaughter takes Lebanese bread with hummus. The school cafeteria serves sushi on Thursdays.

The urban food markets overflow with quince, passion fruit and custard apples. The meat cases are filled with ox tongue and beef cheeks, wild boar and kangaroo, baskets of fresh eggs and cases of local cheese.

We had wonderful Italian meals and excellent Middle Eastern snacks, but the Asian influence is the most dramatic. Crab-filled Chinese buns with Thai basil mayonnaise, an egg net holding pork, prawns and peanuts, and barramundi curry with pea eggplants, bamboo, wild ginger and holy basil.