Accessibility links
Vermont Beer Makers Bring Back Old-Time Maple Sap Brews : The Salt Boiling down the last of the season maple sap and brewing a strong dark beer to share in the summer was a common tradition on Vermont farms a couple of generations ago. The practice had all but died out but is being revived now, thanks to a handful of local brewers. 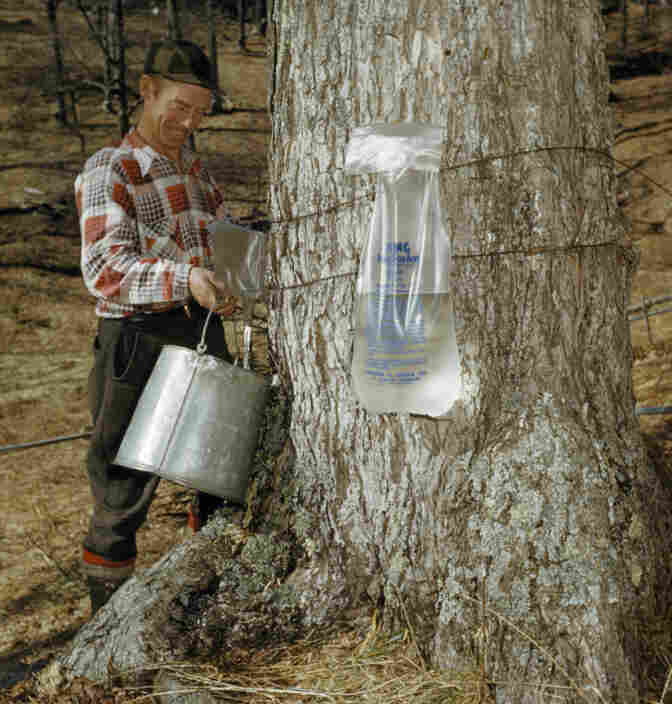 This farmer, pouring maple sap into his pail near Wilmington, Vt., in 1954, may have turned the dregs of the season's sap into beer. Robert F. Sisson/National Geographic/Getty Images hide caption 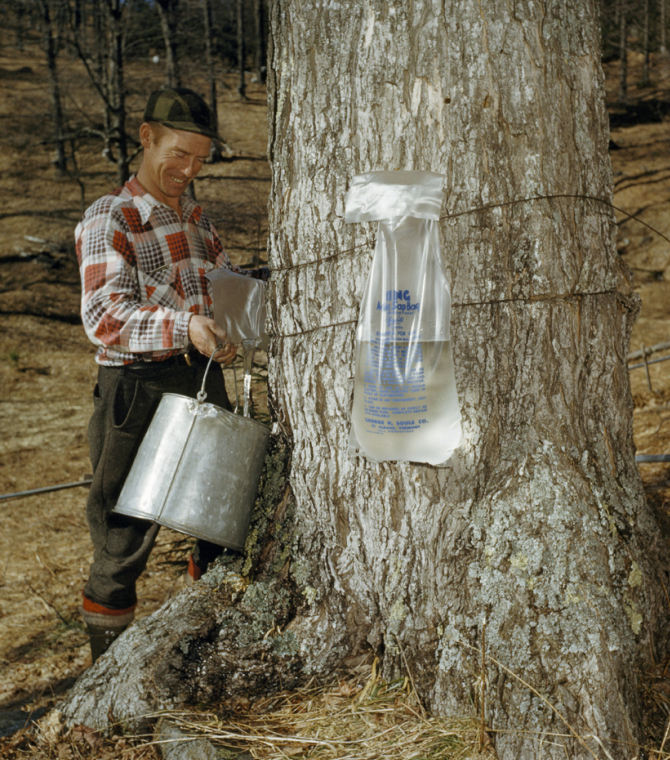 This farmer, pouring maple sap into his pail near Wilmington, Vt., in 1954, may have turned the dregs of the season's sap into beer.

In Vermont, the last sap in the spring maple sugaring season isn't considered good for much. It's too dark and strong to use for commercial maple syrup — people tend to like the light and clear stuff.

But long ago, that late season sap was used in a potent dark beer that offered some cool relief to farmers when the hay was cut in the heat of summer.

Now some local microbreweries are bringing the historic drink back from extinction.

In the 1970s Vermont musician John Cassel recorded a popular local song about sap beer. But you would have been hard pressed to find any sap beer to drink at the time.

The traditional making of sap beer had already gone the way of obsolete farm traditions — like hand milking — a couple of generations earlier. Folklorist Greg Sharrow says sap beer represents a time when farm families made just about everything they needed from their own land.

In a 1992 interview with the Vermont Folklife Center, the late Edgar Dodge described how sap beer was made on the Vermont farm where he grew up in the Depression Era. It sounds more like fun than work. "You'd take the last run of the sugaring operation, you know what I'm talking about? Get down to where you can taste the leaves in it, that sort of thing," he said. 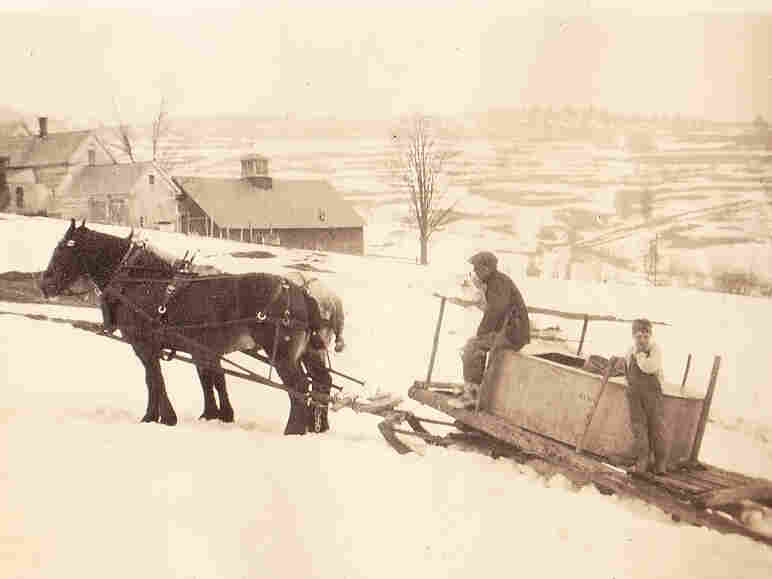 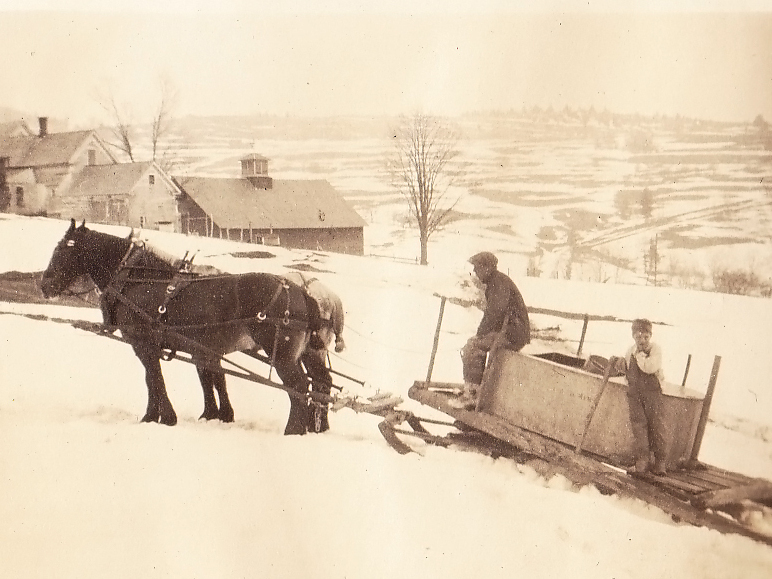 Dodge said that leafy-tasting sap would be boiled down, about halfway to syrup. Farmers added hops, yeast, a little sugar or maybe some raisins and put it up in a barrel in the cellar.

A glass of sap beer was cool relief after a day of hot farm work. As Dodge remembered, it was brought out of the cellar just about the time the first hay was cut. "And this would be fit to drink about the first of haying, which in those days was the fourth of July. You'd start haying about the fourth of July," he told the Folklife Center. (Hear The Whole Interview)

Now, any amateur brewer knows there's some guesswork and mystery involved in beer making, and that applied in spades to sap beer back then. Dodge said you couldn't be sure until you opened the barrel and tasted it whether the final product would be drinkable or whether it was just "junk."

When it was good, it was strong.

"I don't think the man ever lived that could drink two 8-ounce glasses and walk 10 minutes later. I don't believe so. So, that was sap beer. I doubt if there's a barrel of sap beer in the state of Vermont today," he said back in 1992.

Maybe not then, but now there's been renewed interest in the old refreshment, thanks to a couple of Vermont microbreweries.

Sean Lawson heard about the maple sap beer a few years ago and started researching it. He came up with own version — brewing it in a more controlled environment than "ye olde cellar" — and has been doing it now for five years.

This month, he won a silver ribbon at the prestigious World Beer Cup for the sap beer he bottles under his label, Lawson's Finest Liquids.

Lawson's sap beer is similar to the traditional drink. It's high in alcohol and has a strong maple flavor. He uses barrels once used to age maple liqueur from Saxton's River Distillery, which Lawson says makes it extra maple-y. And it tastes different every year.

"It's a product of both the season and the place and the sugar maker and their trees, so every year my batch is a little bit different and that's part of the fun," Lawson says.

Last year Lawson produced 375 hand-numbered and signed bottles of sap beer. This year's brew is just about ready, but don't expect to find it at your local liquor store. You have to get to Vermont.