Accessibility links
Thank The Patron Saint Of Bakers For This Cake Today : The Salt Pictures of Saint Honore or (Saint Honoratus) from church iconography reinforce his baker background. He's holding his wooden peel, often with a few delicious-looking loaves of crusty French bread nearby. 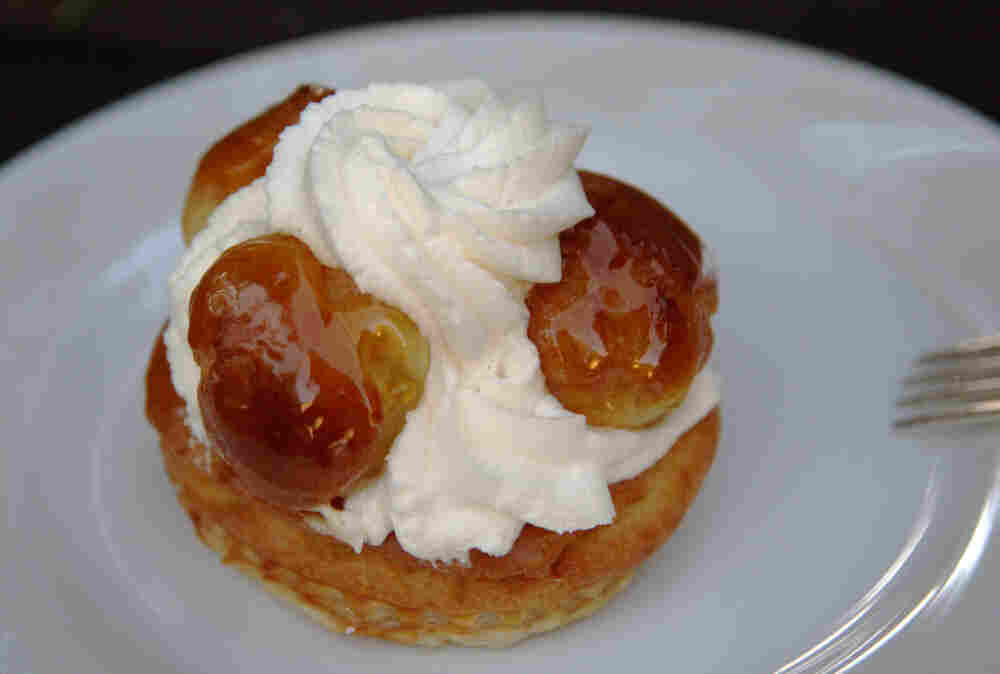 The author pauses to photograph the St. Honore cake before she digs in. Deena Prichep hide caption 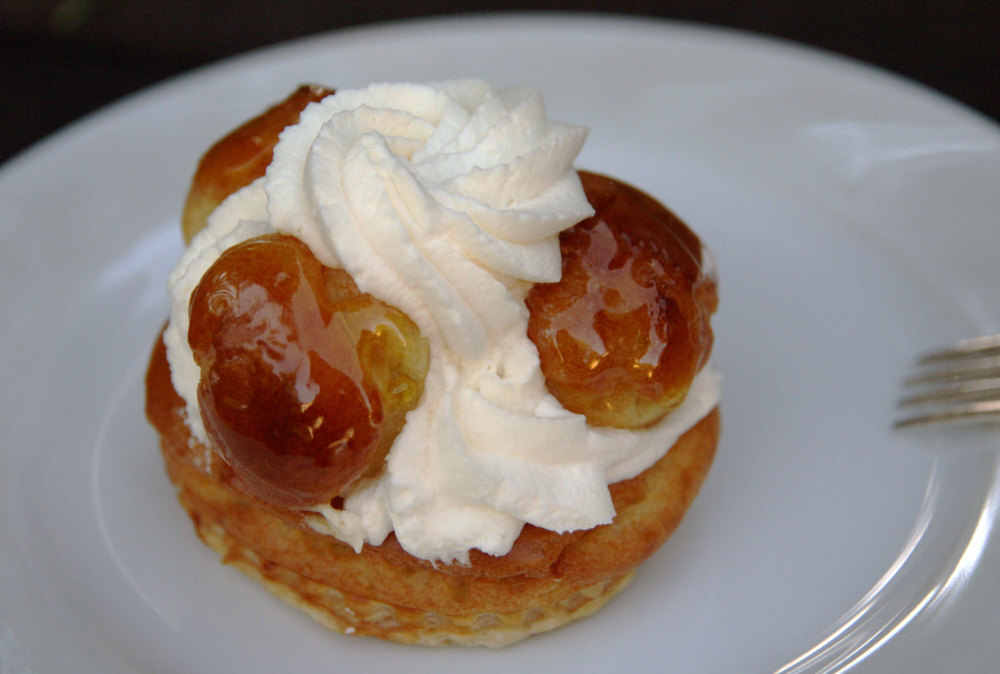 The author pauses to photograph the St. Honore cake before she digs in.

We here at The Salt usually ignore food festivals and those "Celebrate Whatever We're Eating Now" Days. They're a bit precious, no? But this one was too good to pass up: Today is the day the French celebrate the Feast of St. Honoré, the patron saint of bakers and pastry chefs.

And since the French hold their corner bakery right up there with the Catholic Church, the celebration is not complete without a big bite of the complicated confection named for the saint in question. More on the cake a little later.

First, the history: Honoré, also known as Honoratus, became bishop of Amiens in Northern France in the sixth century. Sources disagree over whether he was a baker, but when he was named bishop, a baker's peel — the flat wooden paddle used to move loaves to and from a hot oven — was said to have put down roots and transformed into a fruiting tree, much to the surprise of the incredulous woman holding it.

After his death, processions in his honor reputedly stopped both droughts and deluges, ensuring good wheat harvests and, consequently, winning him the hearts of bakers.

But according to historian Steven Laurence Kaplan of Cornell University, who wrote The Bakers of Paris and the Bread Question, 1700-1775, for many years St. Honoré had a rival in the battle for bakers' patron.

Initially, bakers organized around both Honoré and St. Lazare, the latter of whom had a reputation for defending against leprosy. Bakers of the time, with their physically demanding profession and rudimentary understanding of disease, were especially afraid of leprosy, Kaplan tells The Salt. 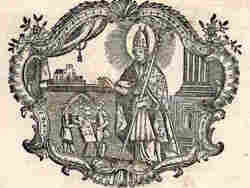 Eventually the French bakers' guild settled in favor of Honoré in the 17th century, subsidizing a chapel that became the central point for the gatherings of their confraternity, a sort of religious arm of the guild.

Fast-forward to the 19th century, and Parisian bakers began bringing glory to the saint's name in the best way they knew how — with a fabulous confection. (Given the historical division between bread bakers and pastry chefs, the latter probably had little connection to Honoré, making this more a worshipping of butter and sugar than of a patron saint.)

The St. Honoré cake was developed at the legendary Chiboust pastry shop on Paris' Saint Honoré Street, which, alas, no longer exists. It started out as a ring-shaped brioche filled with pastry cream, which Chiboust lightened with an airy Italian meringue to create a new kind of filling. That fussy filling became known as crème Chiboust, which is still used by French bakers and even has its own Facebook page.

According the book, Desserts, by Parisian pastry chef Pierre Hermé, one of Chiboust's bakers, August Jullien, came up with his own version, replacing the ring of dough with a ring of little cream puffs.

By the late 19th century, the St. Honoré cake had taken its present form, incorporating a pastry disk filled with Chiboust cream, topped with a crown of cream puffs dressed up even further with a crunchy cap of caramelized sugar, and draped with swags of whipped cream.

The plain version of the cake — simply flavored with vanilla and the bittersweet notes of burnt sugar — is most common, but you can find fanciful seasonal variations, showcasing everything from tropical fruits to green tea.

It's a sort of "master class" confection, because it contains all of the fundamental elements that pastry school students need to conquer in one package: puff pastry, pâte á choux, pastry cream and caramelized sugar.

In modern-day France, the feast of St. Honoré still survives as a time to appreciate all sorts of breads and pastries. Baker Dominique Geulin who grew up in Normandy, fondly remembers how bakers (including his parents) would open their doors on May 16 for community festivals, school field trips, and public demonstrations.

The modern French baker's organization also takes that week as the occasion to hold its annual meeting during a full-on festival of bread.

So, when Geulin left France to set up his own bakery in Portland, Ore., he didn't think twice about giving it a name that would solidify his connection to baking history: St. Honoré.