Accessibility links
Betting Better Fake Chicken Meat Will Be As Good As The Real Thing : The Salt A new Maryland company is betting that its mixture of soy, pea powder, carrot fiber and gluten-free flour tastes a lot like real chicken. Beyond Meat plans to expand into fake pork and ground beef next. 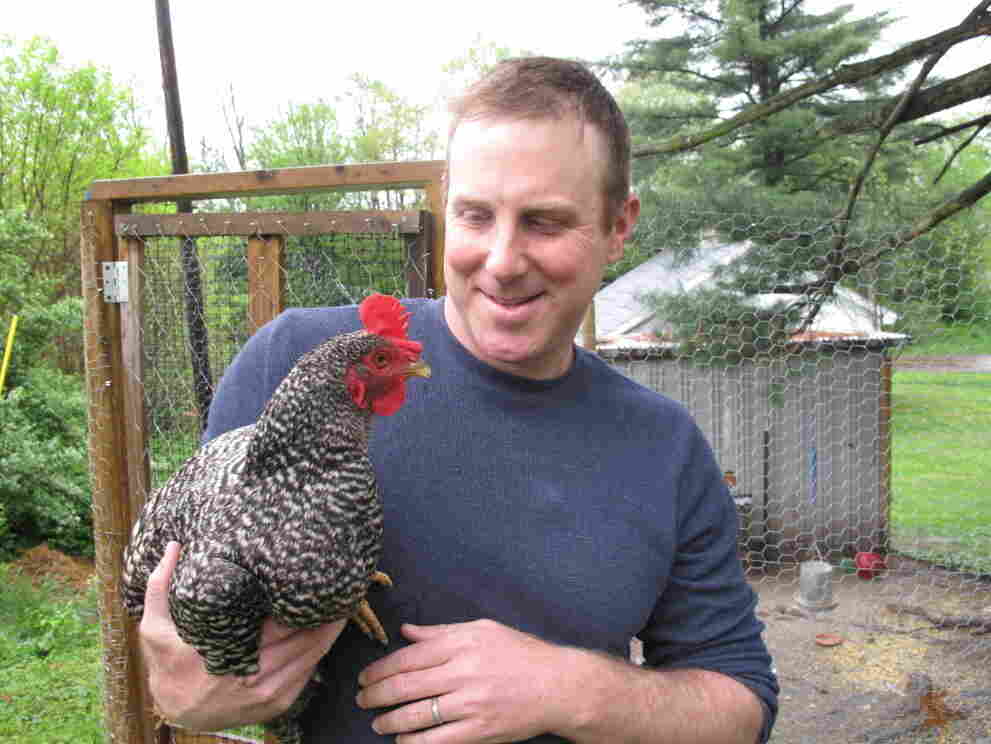 Ethan Brown, founder of Beyond Meat, holds a chicken raised on his family's farm. He says childhood experience with farm animals was the inspiration for starting his company. Yuki Noguchi/NPR hide caption 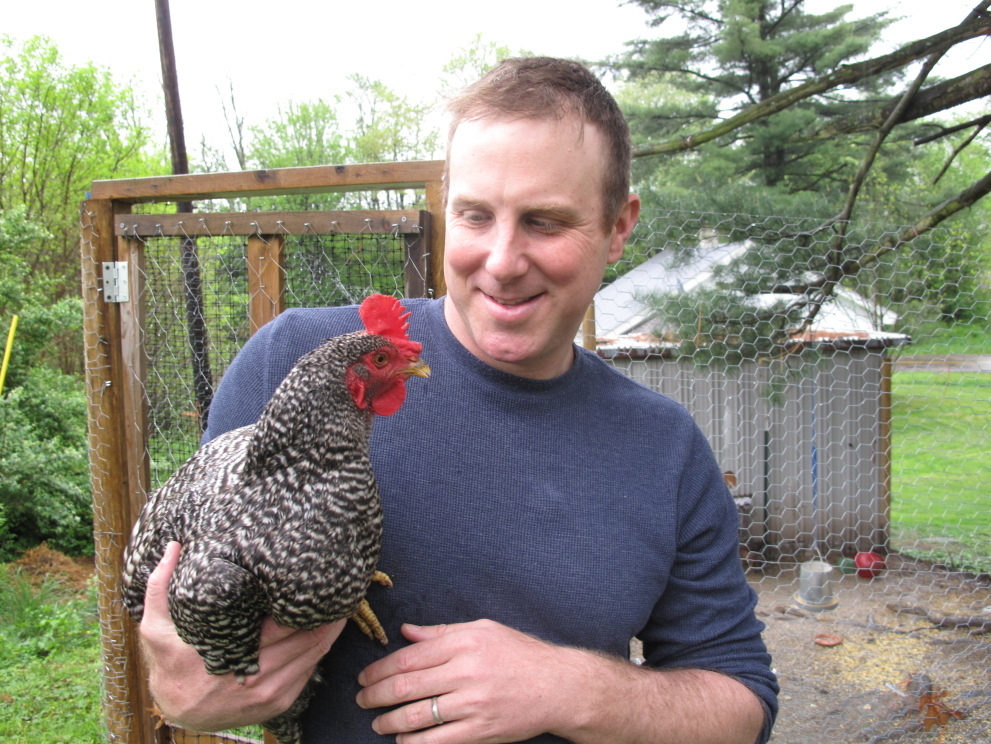 Ethan Brown, founder of Beyond Meat, holds a chicken raised on his family's farm. He says childhood experience with farm animals was the inspiration for starting his company.

Beyond Meat, a new company based in Maryland, has come up with an alternative to chicken meat that it claims is a dead ringer for the real thing. And unlike other meat alternatives on the market, this one aims to be cheap as well as tasty.

The inspiration for Beyond Meat (formerly known as Savage River Farms) started, oddly enough, in "chicken country." Founder Ethan Brown grew up spending weekends on his family's farm in Grantsville, Md., near the Pennsylvania border.

Growing up around farm animals, Brown says, he became increasingly concerned about their welfare. He eventually became a vegan but was frustrated by the "fake meat" options available, so he started his own company.

Only 12 percent of American households consume meat alternatives, and that number hasn't budged much over the years, says David Browne, a senior analyst who tracks the food industry for Mintel, a market-research firm. He says the $340 million U.S. market for meat alternatives is growing modestly, at between 3 and 5 percent a year, while there's a decline in per capita meat consumption.

Ethan Brown is hoping a more realistic taste and texture can boost those numbers, especially among those health-conscious young consumers cutting back on meat known as "flexitarians." Brown says his goal is for Beyond Meat to break out of the health-food niche and sell to mainstream meat-eaters.

The facility is what Brown calls the modern farm. It smells like chicken soup, but there are no animals here. Except for the hum of various heating and processing machines, it's quiet. It looks more like a lab than a kitchen.

"This is one of the cleanest proteins you can get," he says. "You don't have to worry about any of the additives that are being put into a chicken. It's just a pure, simple product that comes from plants." 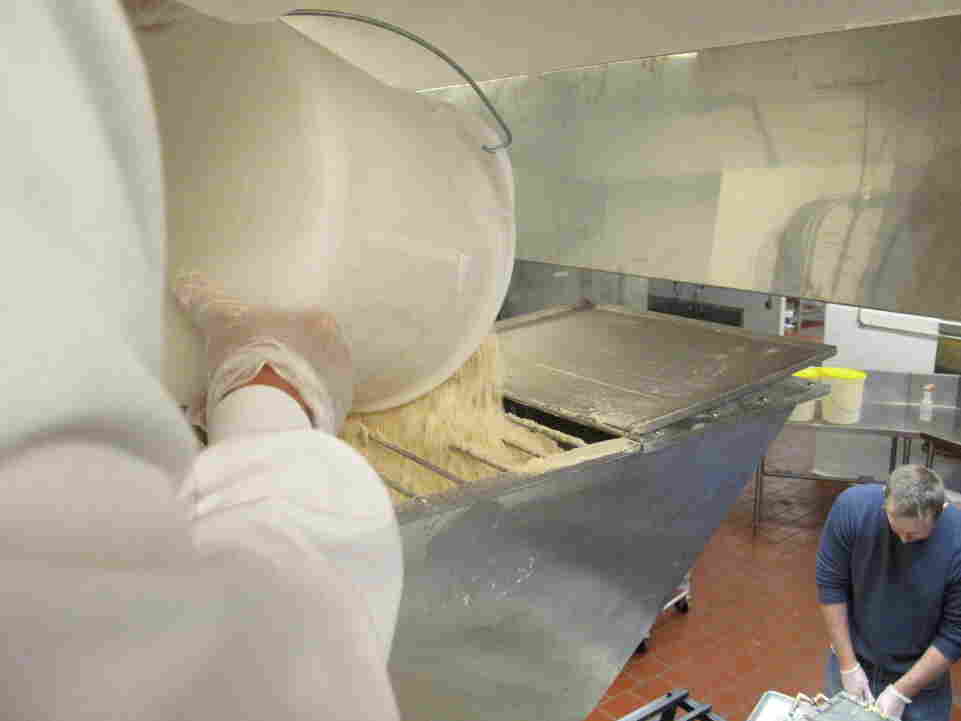 A dry mix of soy and pea powder, carrot fiber and gluten-free flour is heated, cooled and extruded through a machine, producing a fake meat that mimics chicken. Yuki Noguchi/NPR hide caption 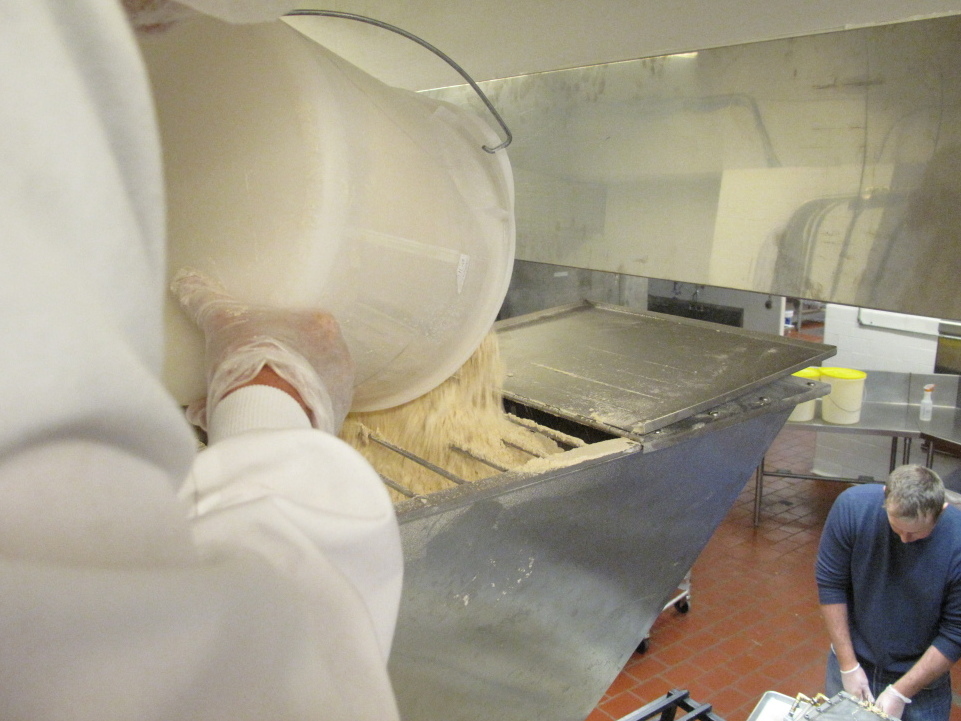 A dry mix of soy and pea powder, carrot fiber and gluten-free flour is heated, cooled and extruded through a machine, producing a fake meat that mimics chicken.

Bill Milstead, one of a growing base of a dozen employees, tends to the machine.

"I'm now dumping our powder mix into the hopper for the extruder," he says.

Milstead's bucket contains a dry mix of soy and pea powder, carrot fiber and gluten-free flour. Through a process the company licensed exclusively from the University of Missouri, the mix is cooked, cooled and extruded through a customized machine.

Ironically, Milstead used to work as a butcher.

When asked which job he prefers, he answers, "Making fake chicken." He says its safer, and he's probably saving a few chicken lives.

Brown stands at the other end of the machine, pulling out chunks of pale white strips that tear like cooked chicken. The entire process — from powder to product — takes about 15 seconds.

"Compared to six weeks of raising a chicken," Brown says, "the process is enormously efficient."

It also requires a fraction of the water, grains and land needed to raise chickens. Because of that, Brown believes Beyond Meat products can be priced below conventional meats, as well as other meat alternatives, which tend to be more expensive.

But competition comes from many corners. Many of the large food companies already have meat alternatives; some have been on the market for decades.

But everything depends on how meat substitutes actually taste. And that has been a challenge in the past.

I first tasted fake meat when I was a kid in the early 1980s. A friend's parents made vegetarian chili with a meat substitute that looked like rabbit feed and tasted like bits of sponge.

But this, Lisa Krampf assures me, is not your parent's fake meat. Krampf is a caterer who works in the same building where Beyond Meat operates.

"I've used it with barbecue sauce," she says. "I've done it with taco seasonings, I've done it for fajitas."

Every time, she says, people either don't notice the difference, or love it and request it again. Krampf prepares plates of one of her standards, a fake chicken salad. Brown and I dig in.

"It does taste like chicken," I tell him. "Do you get jokes like that all the time?"

Consumers will soon get a chance to taste-test it for themselves. The Whole Foods Market chain plans to start selling prepared food using Beyond Meat chicken in Northern California next month. 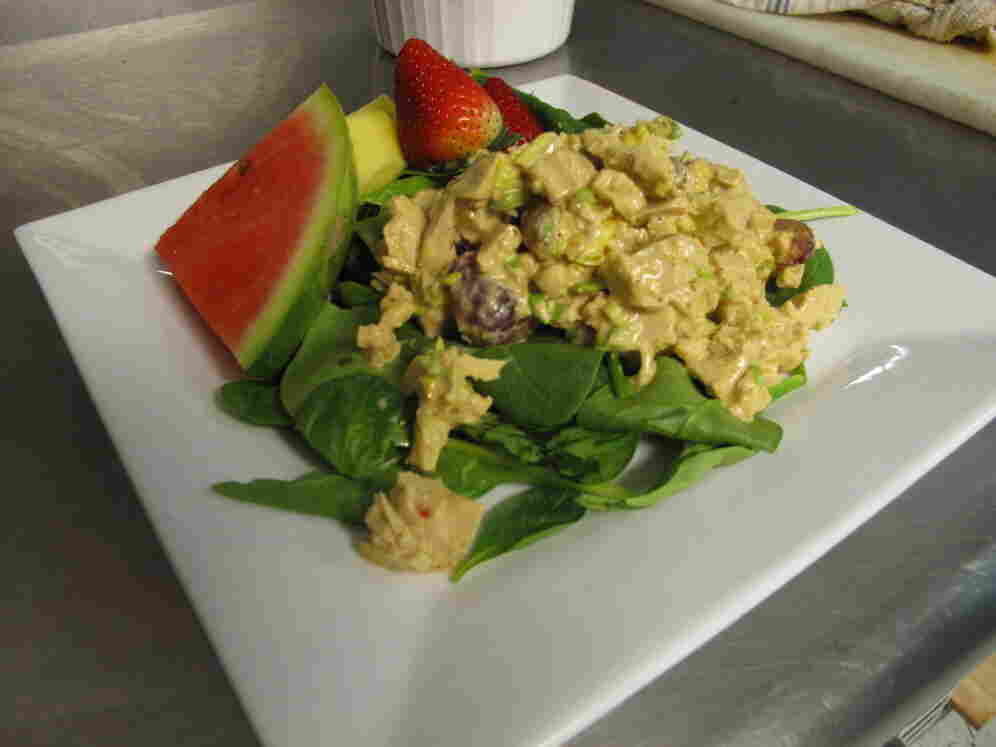 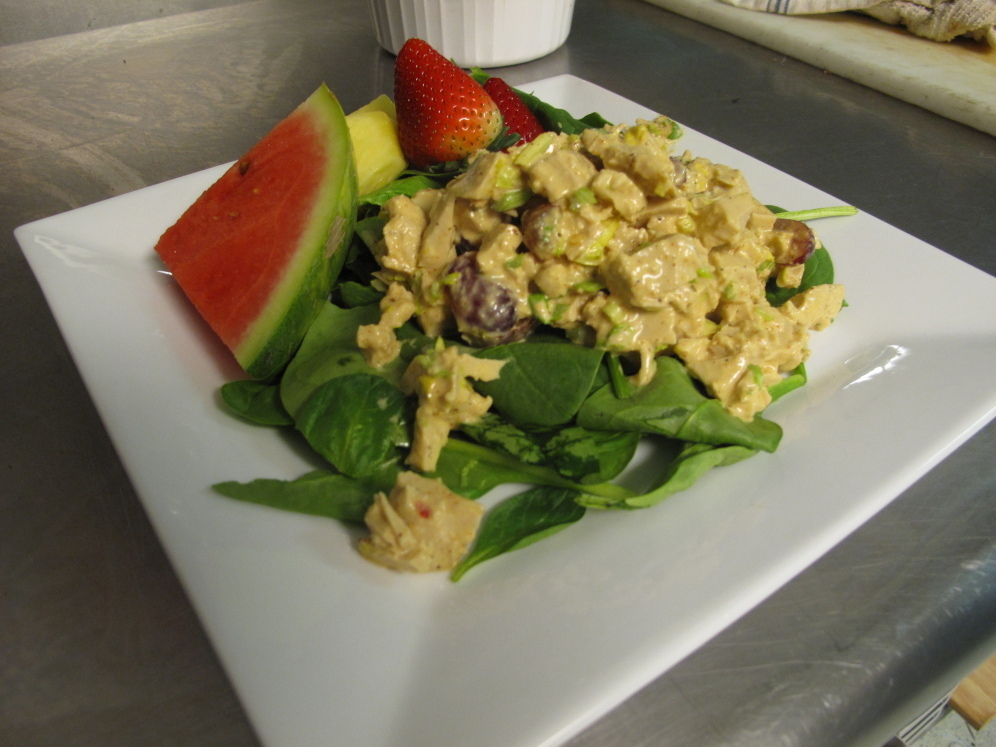 Those who've tried it say fake chicken salad looks and tastes like the real thing.

Beyond Meat is building a larger production facility and plans to make fake ground beef and fake pork products.

As for the old family farm? Brown says it now houses six pigs rescued from a slaughter farm and a few chickens. But the chickens are only kept for eggs, he says.