Accessibility links
Move Over, Maple Syrup, Birch Syrup May Challenge Your Sweet Rule : The Salt Boiling maple sap down to maple syrup isn't going away anytime soon, but it's getting some new competition from the humble birch. The tapping of the birch trees is a spring tradition in Latvia, but it's starting to catch on elsewhere. 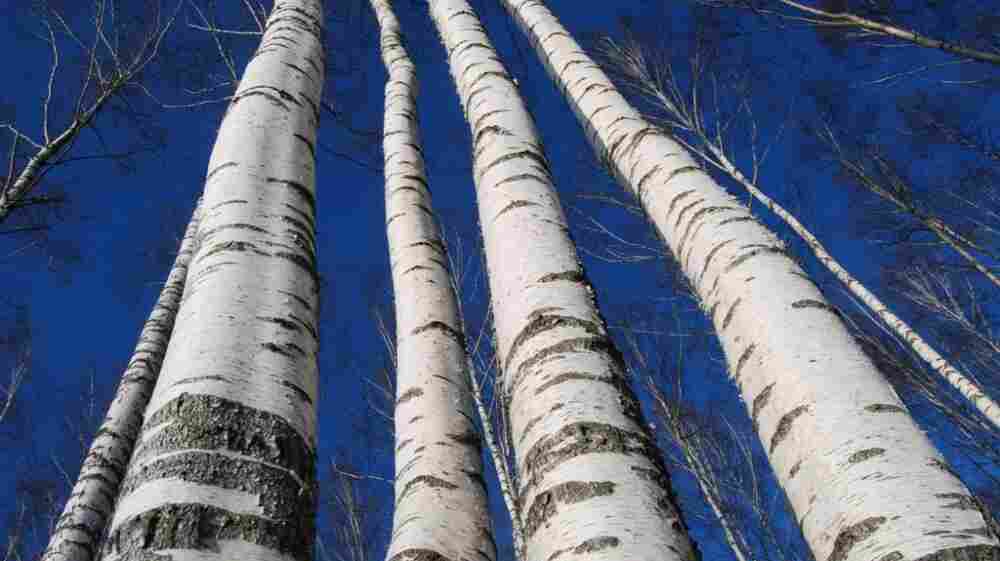 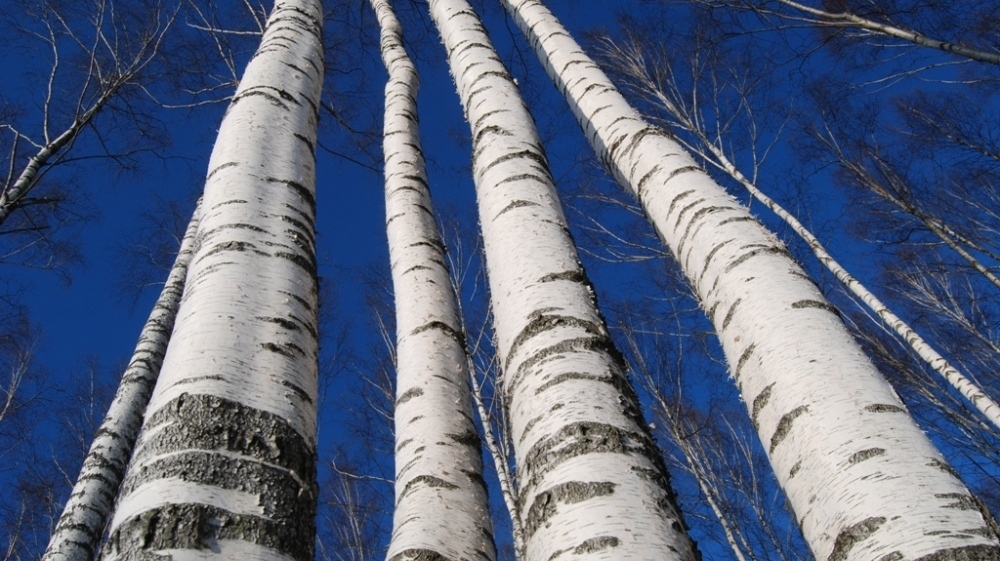 Soaring birches, waiting to be tapped for sap

When many people think of Latvian food, they probably think of serious meat and potatoes fare. But Latvians have been celebrating the end of their long, snow-filled winters with a fresh spring tonic tapped from their ubiquitous birch trees since the 17th century.

As the ice begins to melt and the ground warms, families gather 'round their birch trees to tap the sap. At its peak, the sap runs clear.

Birch sap makes a refreshing drink with just a hint of sweetness, almost like water with fresh lemon or lime, but without the tartness. According to Latvian birch juice producer Linards Liberts. It can be made into sparkling wine, fermented lemonade and birch sap syrup, which tastes similar to maple syrup, but more complex, tasters say.

But birch sap is probably still a long way off from being popular in the US.

Latvian chef Martins Ritins likes to drink the juice at its freshest — within the first six hours of tapping. His likes to hold a glass, rather than a bucket, under the tap to taste the first run.

He taps enough sap in one season to last him and his patrons all year long. "When it's sunny, you can get 20 liters (4.5 gallons) a day from a tree. The season is two to three weeks. Each tree produces a slightly different taste," he says. (Check out this video to see how it's done.)

The trees tapped for birch sap are the white or silver ones, yet they all have their own distinct taste signature — some more earthy, some sweeter than others, he says. 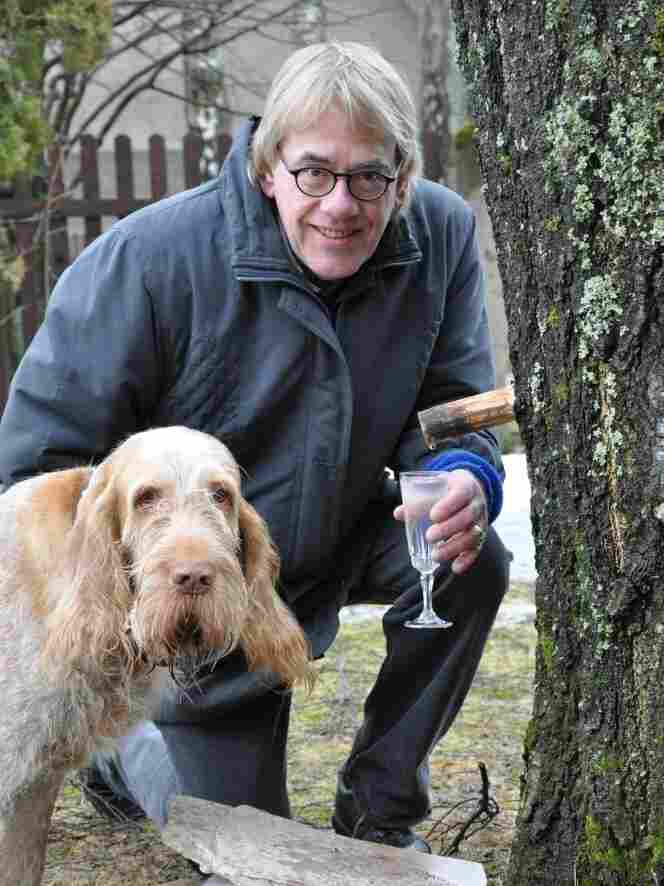 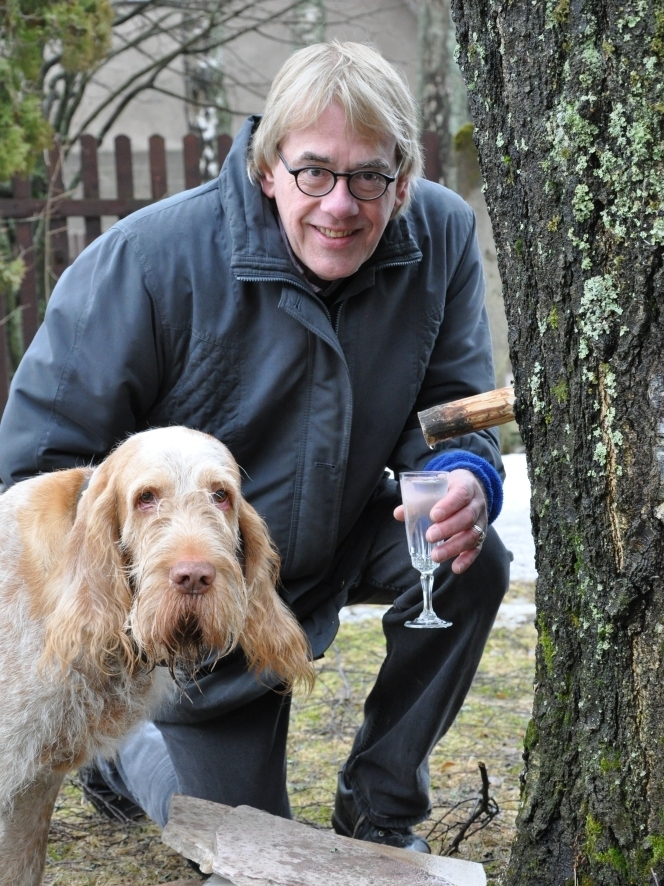 Chef Martin Ritins and his dog, Pablo, tap the sap

When I tried it, I was expecting to be hit with a syrupy sweetness. But Ritins explains birch sap only contains 1 to 2 percent sugar, unlike maple, which has 8 percent sugar content.

Latvians don't add sugar — as that would contradict the whole point of the drink being healthy. It's hailed for its detoxification qualities, and high Vitamin C and mineral content.

There isn't much of a recipe for preserving the stuff. Traditionally, Ritins says, Latvians store the birch juice in glass bottles with a few raisins, lemon rind and a twig from a black currant bush as natural preservatives. Some freeze it, others simply store it in cool locations to avoid spoilage. (Sound familiar? We recently told you about Vermont farmers using a similar rustic method to preserve maple sap for beer.)

Birch syrup just hasn't achieved culinary status of maple syrup, perhaps because it takes so much to produce. For just one gallon of birch syrup, you'd need to boil down 100 gallons of birch sap. The same output of maple syrup only requires 40 gallons.

Ritins has started serving birch syrup in his restaurants as a topping for vanilla ice cream or poured over a rhubarb tart. It offers a sweet, slightly balsam taste, But one, tiny 8oz. bottle costs the equivalent of $10.

The "other" sap is even getting a bit of press in New England, but it's not a full-blown trend yet. New Hampshire forester John Nute thinks it might be a case of Americans wanting to stay in the maple syrup "comfort zone."