Accessibility links
The Beverages That Beguile Us, Through A Whole New Lens : The Salt Phoenix-based artist William "Bill" LeGoullon reveals our favorite Memorial Day beverages in detail under the microscope. We guarantee you'll never look at beer, wine and soda the same way again.

The Beverages That Beguile Us, Through A Whole New Lens

The Beverages That Beguile Us, Through A Whole New Lens 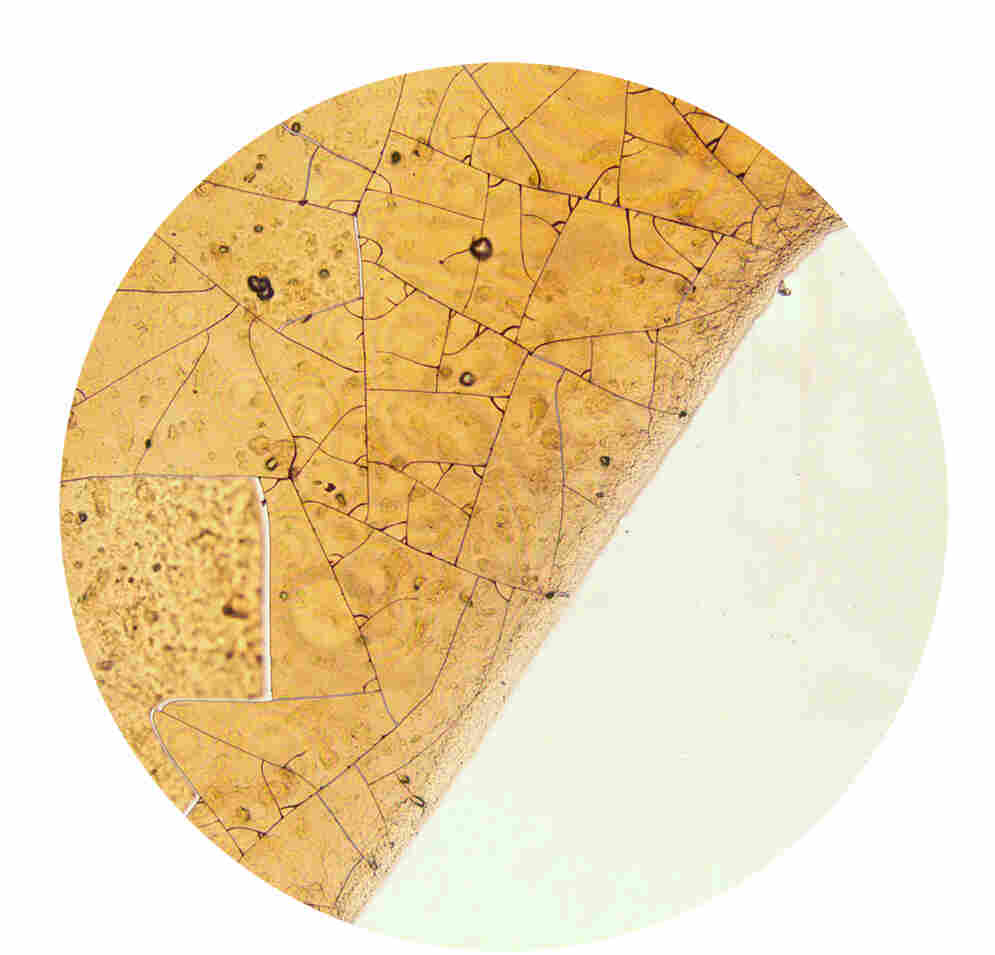 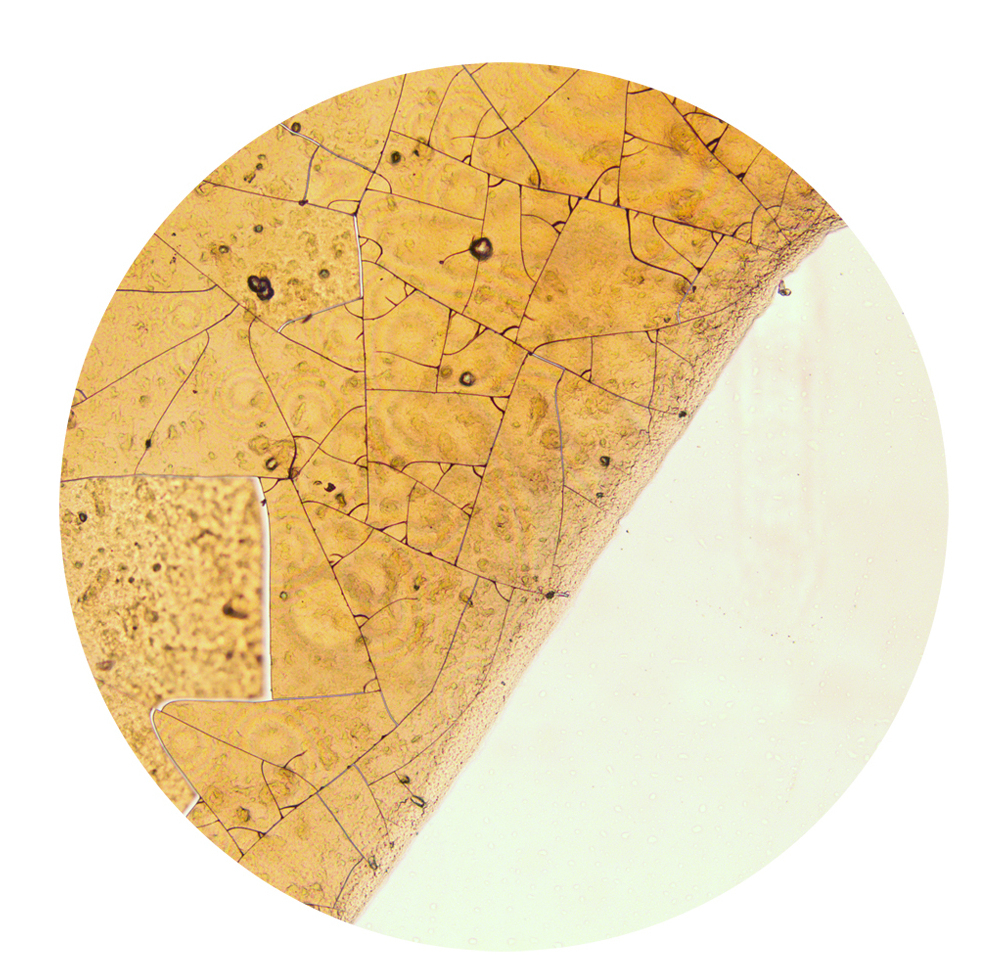 What happens when you give an artist who is also a former bartender access to a camera mounted with a microscope? He takes pictures of drinks, of course.

He set out to capture the relationship between science and the top five most-consumed beverages: beer, wine, cola, tea, and coffee.

But it didn't go as planned. At first, he tried to photograph the liquids while they were wet.

"It was difficult because of the way the camera and microscope work, you can't really focus on more than one little thing," he tells The Salt. "So I got frustrated and took it outside to let it dry. When it came back, it was a whole 'nother thing." 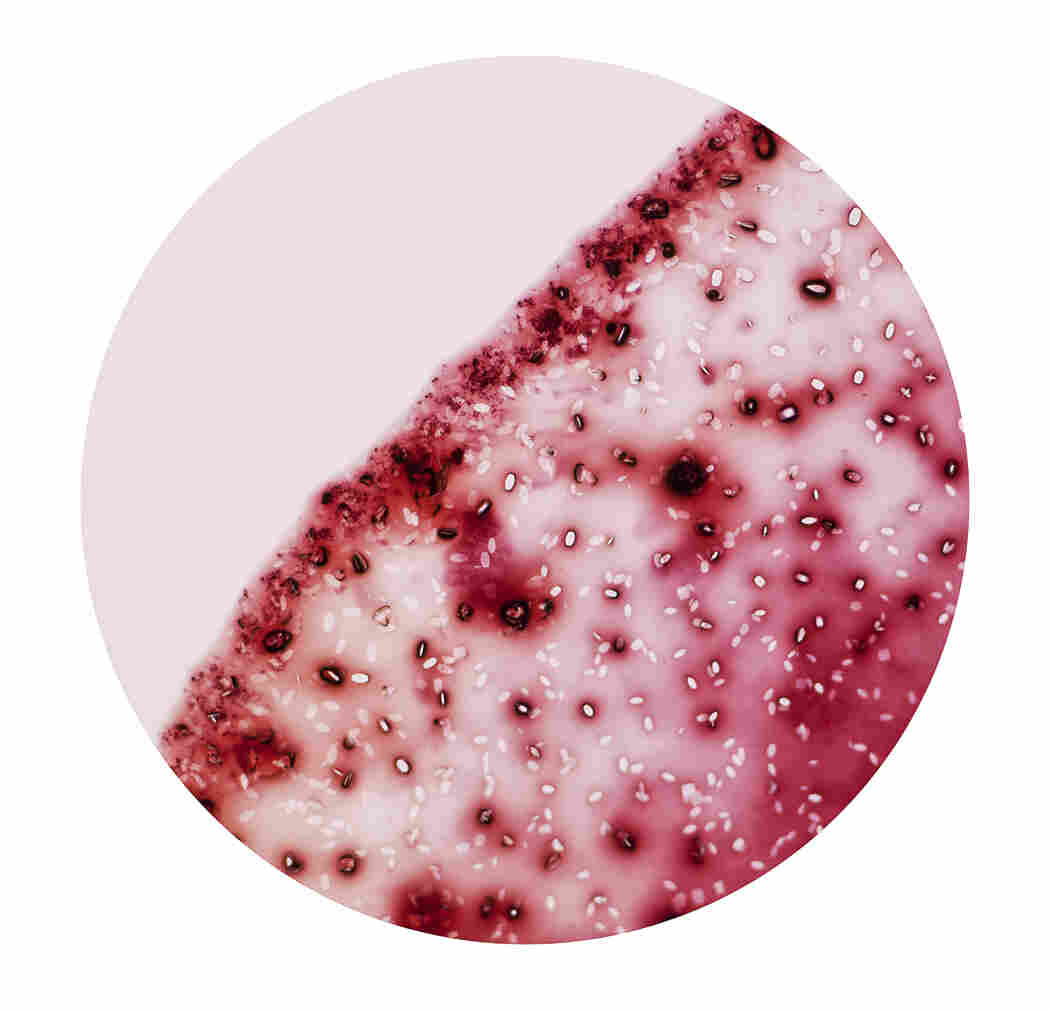 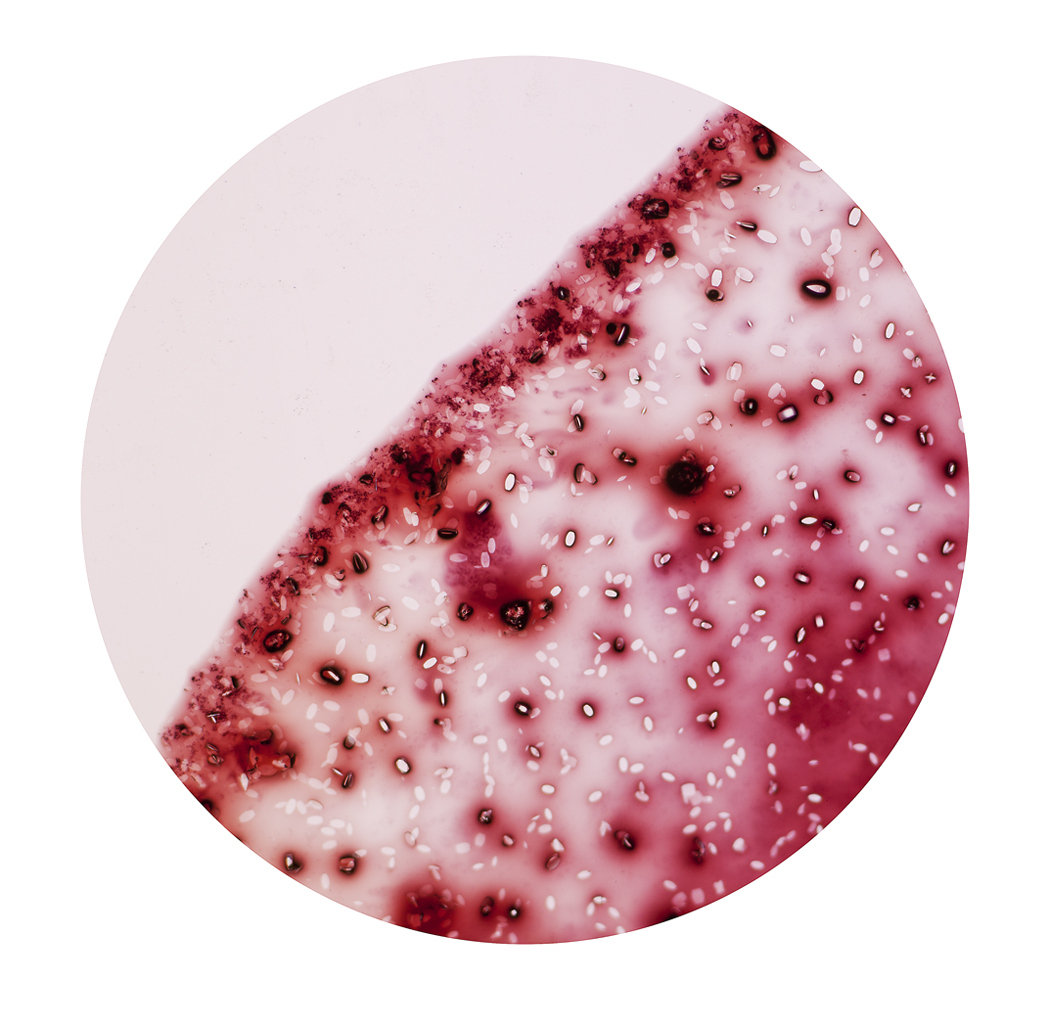 When the beverages dried on the slide, the imprints were more detailed and more beautiful than the liquids, he says. So they became the fingerprints series. 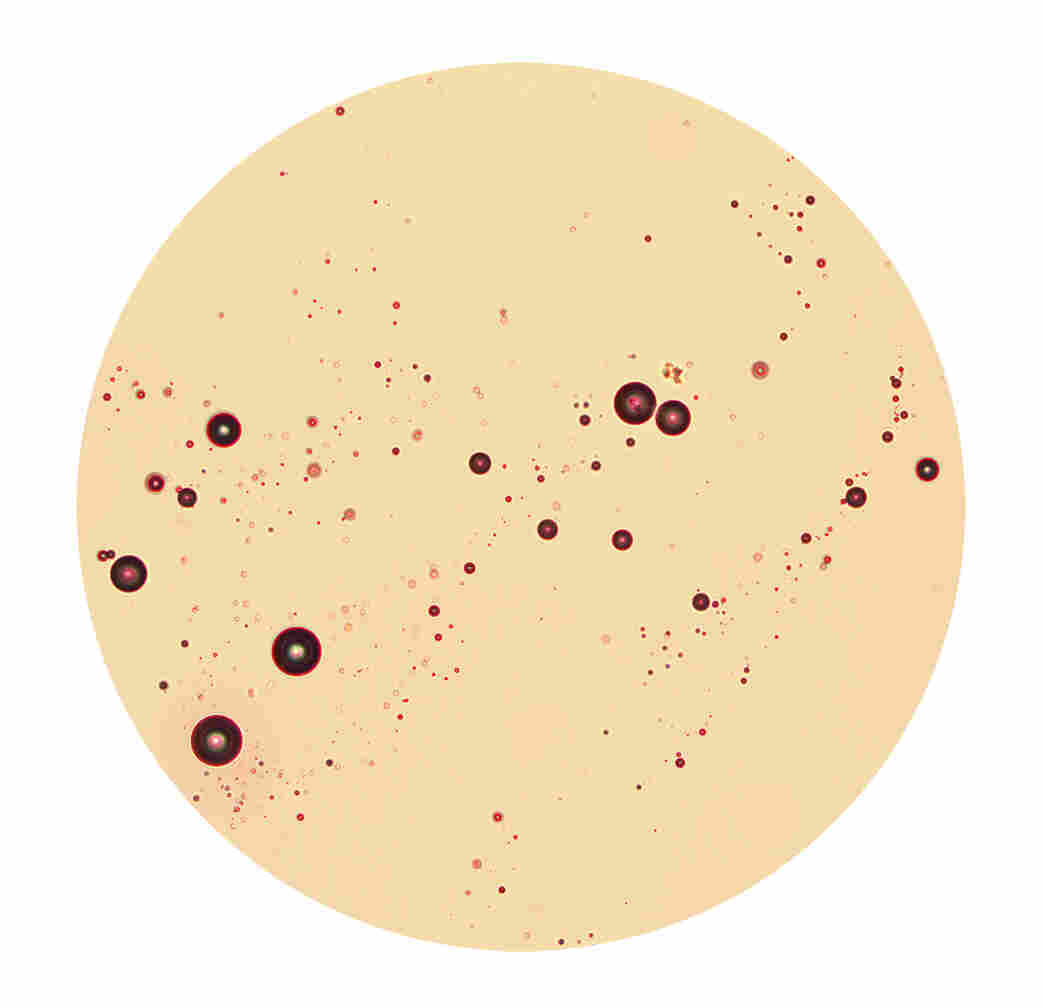 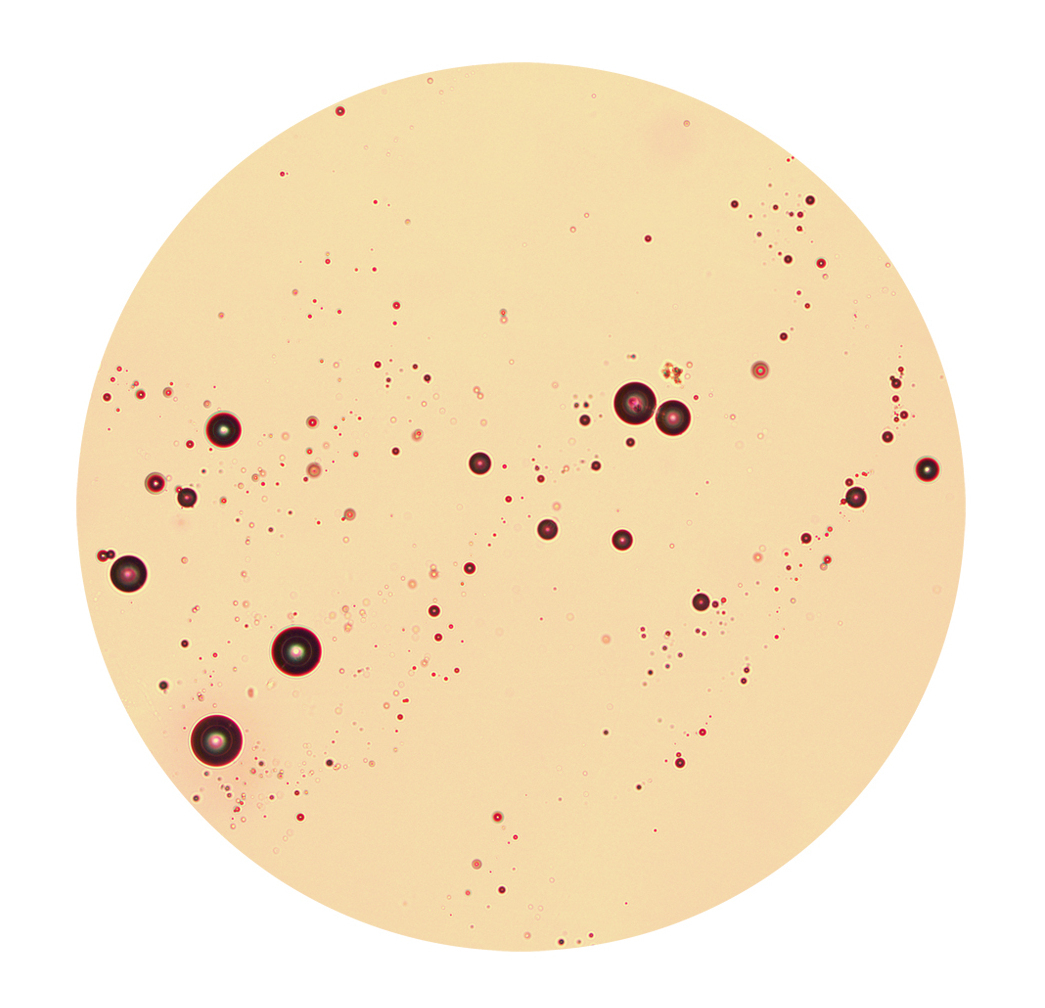