Accessibility links
Soft-Shell Lobsters So Soon? It's A Mystery In Maine : The Salt Maine lobstermen are hauling in an unexpected catch: soft-shell lobsters, about a month ahead of schedule. Biologists aren't sure why, but lobster-lovers are are glad for the harvest — and know just what to do with it.

Listen
Soft-Shell Lobsters So Soon? It's A Mystery In Maine 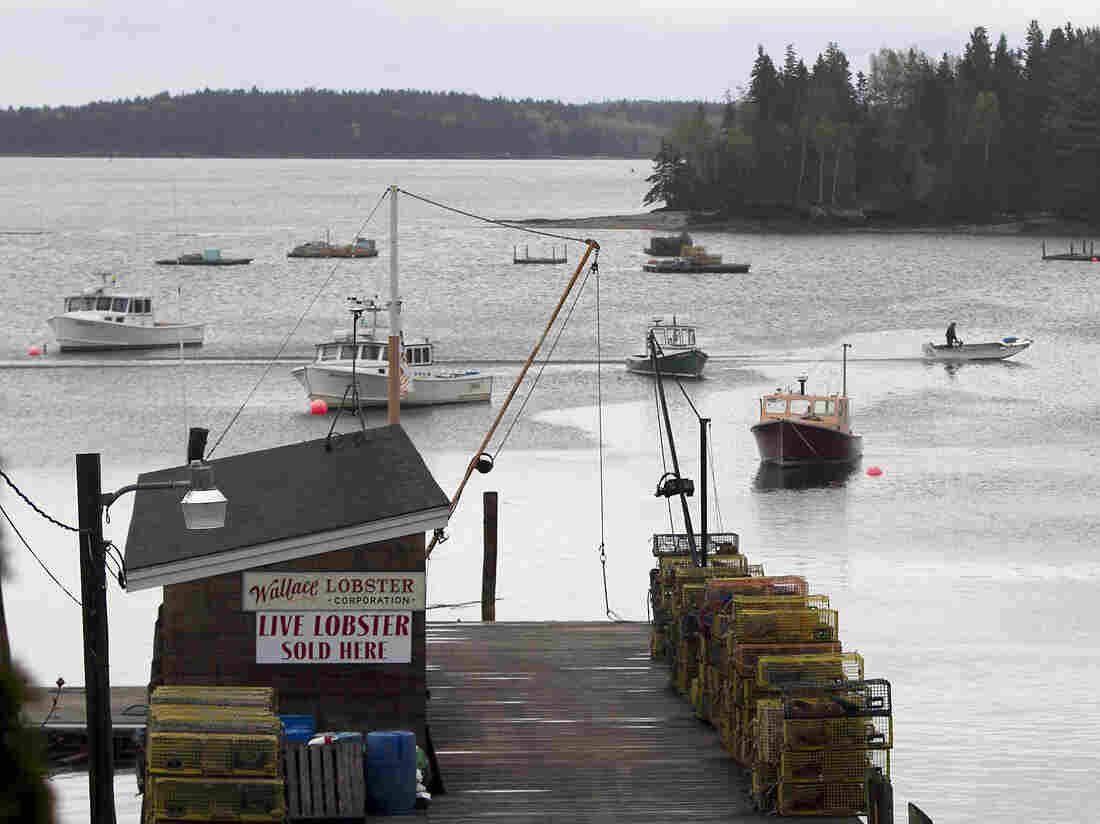 Lobster boats in Maine have been pulling up soft-shell lobsters strangely early in the season. Robert F. Bukaty/AP hide caption 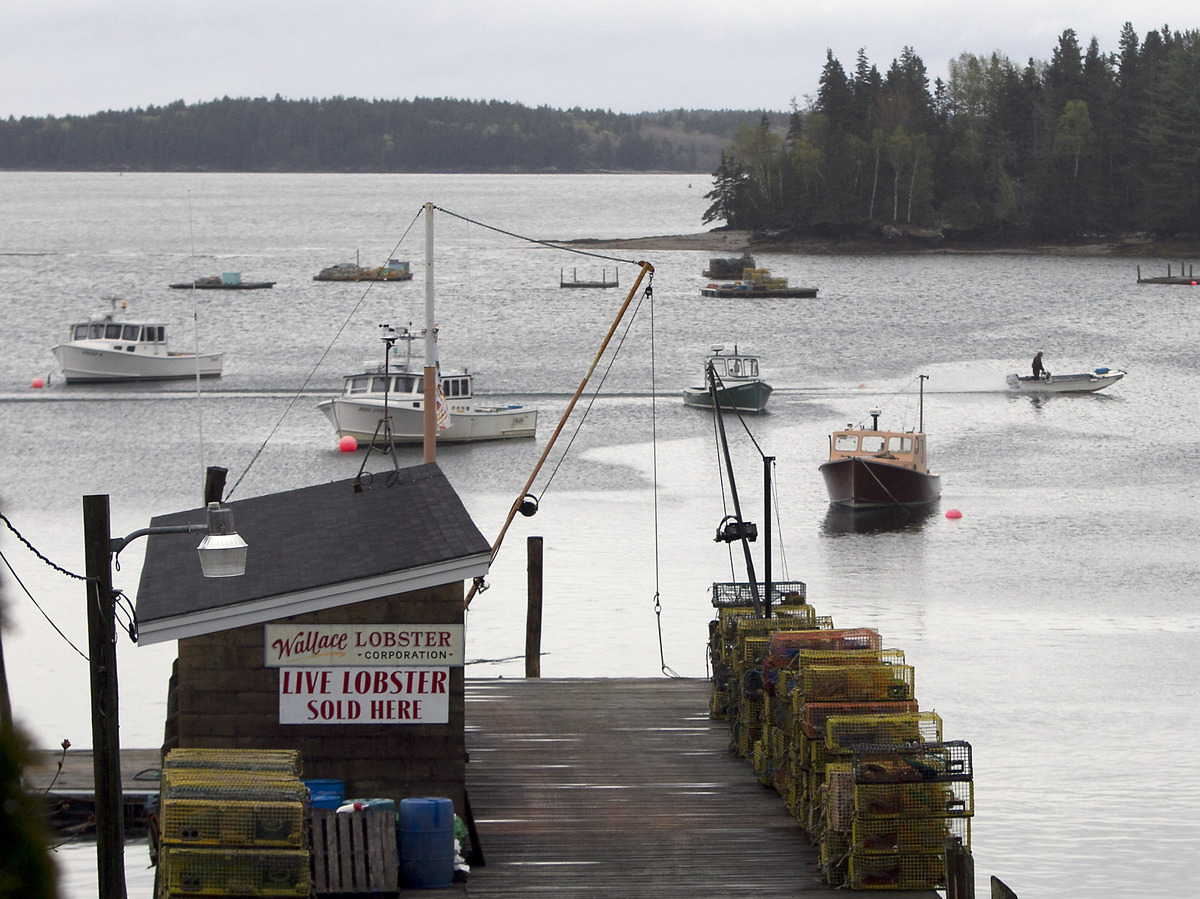 Lobster boats in Maine have been pulling up soft-shell lobsters strangely early in the season.

April and May are fairly quiet times for Maine lobstermen and women, with the height of the summer season still a couple of months away. This year, strange things are happening on the ocean floor. Many of the lobsters have prematurely shed their hard shells, and lobstermen are hauling large numbers of soft-shelled lobsters much earlier than usual.

"That is definitely not normal," says Steve Train, who's been hauling traps for 35 years in Casco Bay, near Portland. He usually sees hard-shell lobsters at this time of year, instead of these "shedders" — lobsters that have abandoned their old casing to grow into a new, hard one.

This year, many lobstermen began catching shedders in April — four to six weeks ahead of the normal time. Train says they're outnumbering hard-shell lobsters about two to one in his traps, and he's puzzled. "We didn't expect them," he says. "I don't know if they'll be there next haul. We might go out next week and they'll be gone."

The early shed surprised biologists, too.

"Basically, lobsters grow by shedding their shells," says Bob Bayer, the executive director of the University of Maine's Lobster Institute. He's been studying lobsters for more than 30 years. (Check out the long-ish video above for a real-time lobster shedding, narrated with salty New England charm.)

"It's called molting, and they shed about once a year when they get to be close to market size." Each molt, he says, increases the lobster's size by about 20 percent — but it doesn't normally occur in the spring. "As far as I know, it's never happened this early," he says.

Bayer thinks that the water temperature may play a role — Maine had a warm winter. Another factor, he says, is the availability of food, which is often enhanced by the warmer oceans.

"I've been in the business for 33 years and I've never seen shedders this early, so it's a new test for me," McAleny says.

He says shedders are worth about $2 a pound less than hard-shell lobsters because they have less meat on them and are harder to ship. Nevertheless, McAleny sees an opportunity: Many people find the meat on soft-shelled lobsters to be sweeter and much easier to pick. This makes them ideal for making lobster rolls, a favorite with the hordes of tourists who flock to Maine every year, from Memorial Day weekend onwards.