Accessibility links
Harissa: The Story Behind North Africa's Favorite Hot Sauce : The Salt Christopher Columbus and other explorers brought red peppers from the New World back to Europe, where they spread across the globe, each culture adapting a pepper paste or sauce to their taste. Harissa is North Africa's contribution. 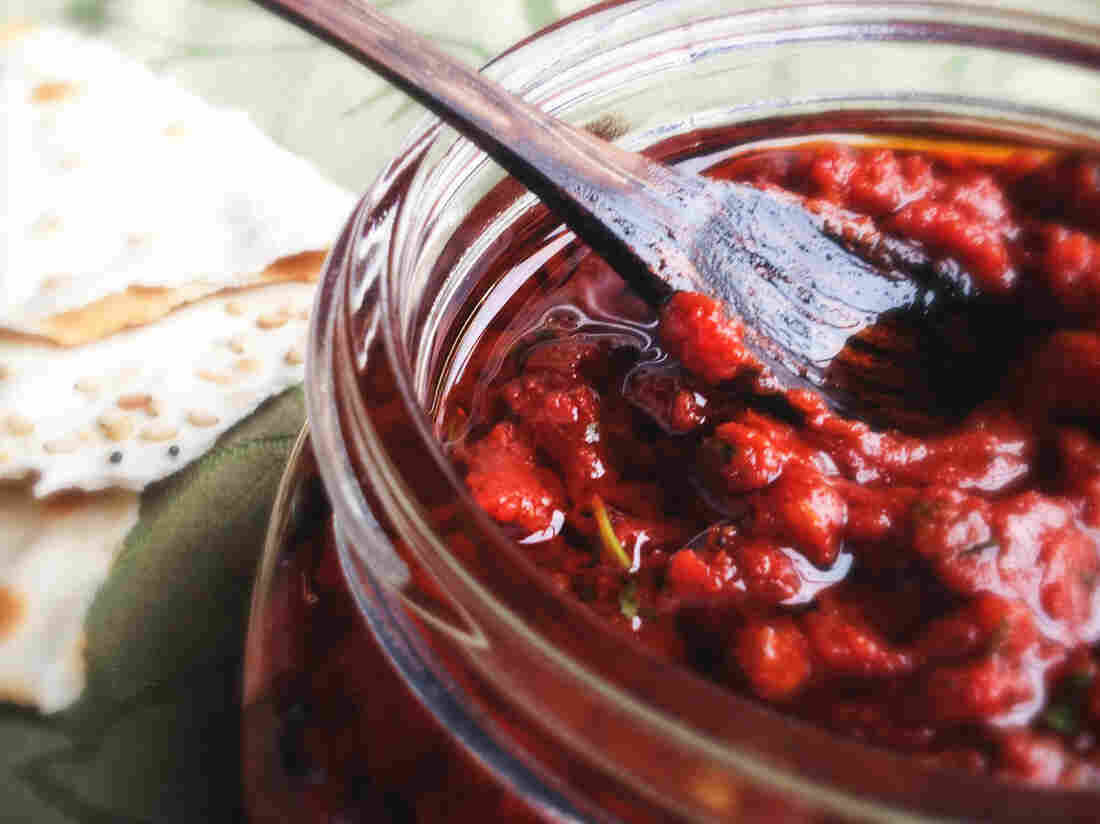 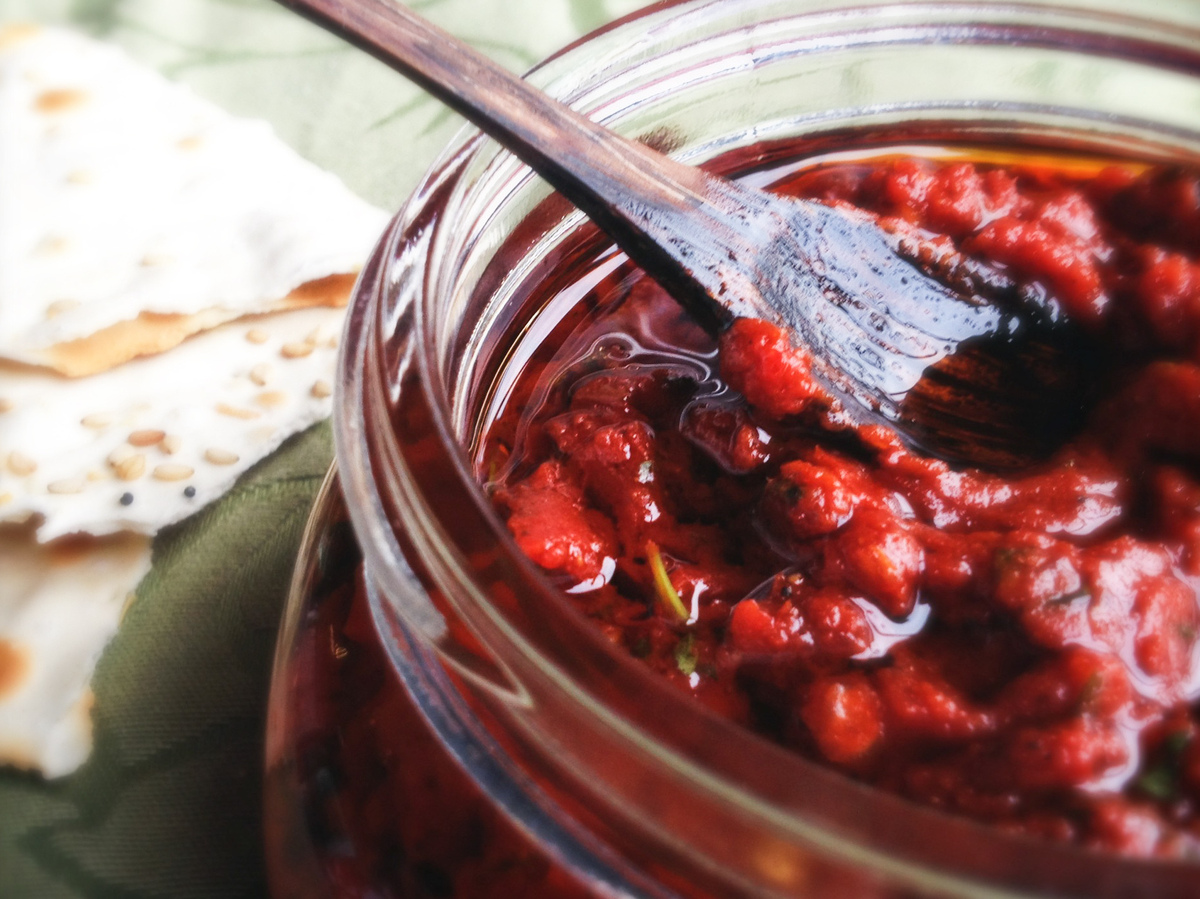 NPR Morning Edition host Steve Inskeep is taking a Revolutionary Road trip across North Africa to see how the countries that staged revolutions last year are remaking themselves.

Inskeep and his team are traveling some 2,000 miles from Tunisia's ancient city of Carthage, across the deserts of Libya, and on to Egypt's megacity of Cairo.

In between stories on changing economies, new political systems and emerging social rules, Inskeep is also sharing with us here at The Salt what he's been eating, and tapping us for some insight about it.

Inskeep and the Morning Edition crew have encountered a lot of red chili pepper paste known as harissa in practically every country of their journey. It's as ubiquitous as ketchup is in America. It's served with pretty much every meal and even with simple snacks of bread.

Plus, like its cousin, the Thai hot sauce sriracha, it's hot, complex and totally addictive. (Just watch the video of NPR's social media guru Andy Carvin tasting a popular Tunisian stew made of bread, chickpeas, lime, a soft-boiled egg and harissa a few years ago. He's still talking about it.)

OK, comparing harissa to ketchup doesn't quite do it justice. Harissa is a blend of hot peppers, oil and various spices. It's a flavor base for curries and stews, as well as a condiment, in Libya, Tunisia, Algeria and Morocco, according to Middle Eastern food expert Paula Wolfert.

Harissa ingredients vary from neighborhood to neighborhood, as well as by country and ethnicity, but the basic recipe calls for hot peppers, garlic, salt, and lots of olive oil. Then you add some amounts of coriander and caraway seeds, and maybe cumin and dried mint, depending on your preference.

Libyan Post culture columnist Huda Biuk says Libyans consider harissa more like mustard than ketchup. They eat it with fast food, pizza and in tuna and egg sandwiches. Biuk tells The Salt: "Maybe this will help draw the picture of what is considered a really good meal: When a meal is spicy enough to make your sinus runny, the food is complimented for cleaning out the airways." And in Libya, that spicy heat comes from harissa.

Hot sauce has evolved into many forms — West Indian pepper sauce, Yemeni chili relish, sriracha, and even American Tabasco, fueling a hot sauce craze. But none of it would exist without the lowly red pepper.

So how did the pepper come to figure so prominently in global cuisine?

Archaeological evidence shows chilies were eaten in Mexico thousands of years ago, there they were cultivated by the Aztecs and the Mayans, and further south in Peru, by the Incas. But it wasn't until Christopher Columbus and crew arrived that pepper fever really took off.

"With the arrival of the spice-seeking Spanish and Portuguese, it was not long before chilies were shipped back to Europe and thence to Spanish and Portuguese colonies in Africa, India, and Southeast Asia," according to Greg Malouf's book, From Artichokes to Za'taar: Modern Middle Eastern Food.

From Spain and Portugal, peppers traveled over the water to Morocco and beyond, where various nations added spices and adapted a harissa pepper sauce to their own cuisine.

Peppers add flavor to food, they're pretty cheap, and they stimulate the body. It's no wonder about a quarter of the world's population eats some daily, according to Malouf.