Accessibility links
Many Food Workers Keep Working While Sick, Survey Finds : The Salt A coalition of food labor groups says that more than half of food workers continue working even when they're sick because they can't afford to take a day off. That's due to a lack of paid sick days throughout the food chain for people who pick, process, sell, cook and serve food. 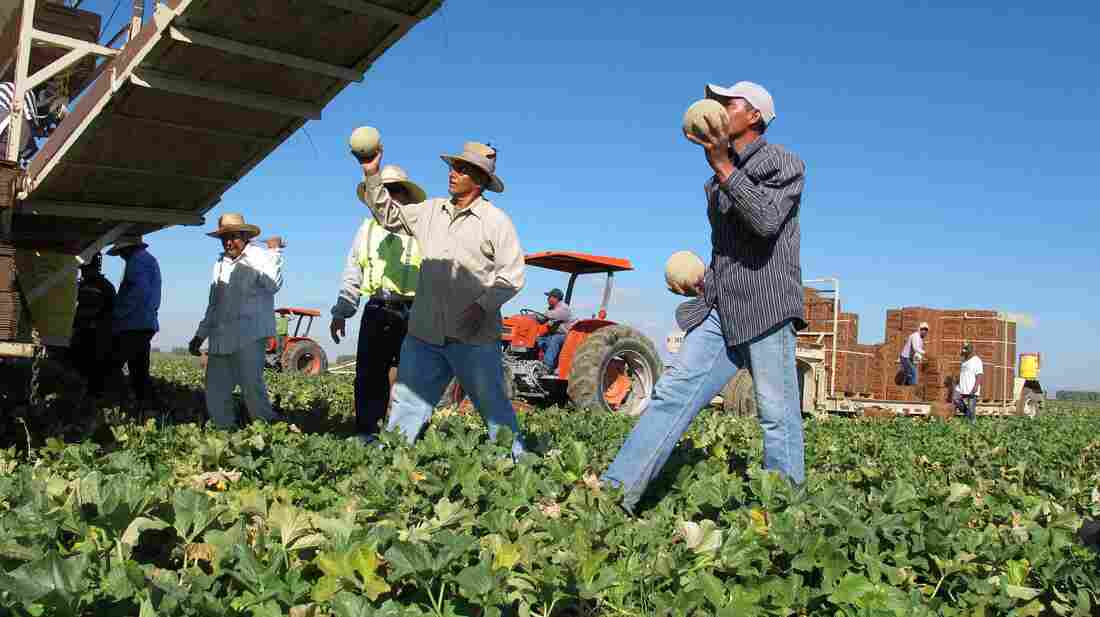 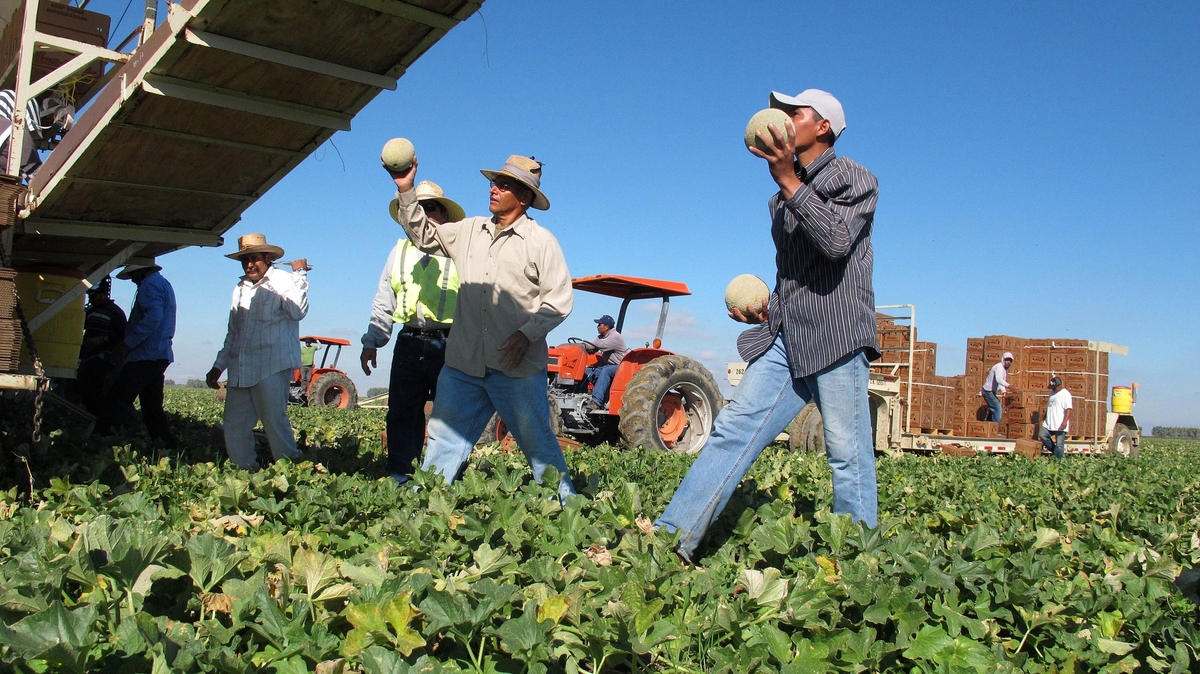 We've all probably been there, at work, feeling crummy, when we should be home in bed. Maybe we do it because we need the money, or we feel like we can't miss that super important meeting. But what if you work with food and coming in sick means potentially infecting hundreds of other people?

A coalition of food labor groups says it happens a lot, and they blame the lack of paid sick days for people who pick, process, sell, cook and serve food.

That's the word from the Food Chain Workers Alliance; their report out today says that more than half of all food workers come to work sick because they can't afford to take a day off.

In their survey of employees and employers, the Alliance found that only 13.5 percent of workers earn "livable wages." The rest receive below minimum wage or low wages, and have little or no access to paid sick days and health benefits. Only 21 percent of the workers surveyed said they could take a paid sick day.

That has serious consequences for consumers, the group says, who are put at increased risk of foodborne illness when sick workers touch their food.

"I think so few food employers offer benefits like paid sick days because they think it will cost them money and they will lose profit," Joann Lo, executive director of the Food Chain Workers Alliance, tells The Salt. "I don't think they're understanding that when workers go to work sick, they're getting co-workers sick, and they're getting consumers sick. It's impacting the safety of food."

The study was based on about 700 surveys and interviews with workers and employers in food production, processing, distribution, retail and service. Some food service workers — like those who work in freezers all day — say that the work itself often makes them sick.

According to the most recent data from the U.S. Centers for Disease Control and Prevention, every year, one out of six Americans gets sick from food, leading to 125,000 hospitalizations and 3,000 deaths.

About 20 percent of foodborne illness outbreaks cases can be traced to an ill food worker, according to the CDC.

Many well-known restaurant chains have been implicated in recent foodborne illness outbreaks. Just take a look at this list of recent Hepatitis A outbreaks tied to sick workers at restaurants like Olive Garden, Quiznos, and McDonald's. (Bill Marler, a lawyer who runs Food Safety News and compiled the list, doesn't say whether the sick employees responsible for these outbreaks were aware they were sick or had paid sick days available to them.)

This spring, the New York City branch of ROC demanded that Darden, which owns Olive Garden and Red Lobster, among other chains, provide paid sick days to protect the health of consumers and employees. The union also is trying to build support for a city mandate.

The National Restaurant Association has opposed paid sick day mandates, most recently in cities like Denver. Instead of paid sick days, the NRA says flexible scheduling is the way to keep sick employees home.

"Employees who are sick should absolutely let their employer know and discuss options on scheduling," Scott DeFife, executive vice president for Policy & Government Affairs at the National Restaurant Association, told The Salt in an email. "Restaurants typically offer flexible work schedules and hours that best meet the needs of their workplace and their employees, with the ability to switch or pick up shifts."