Accessibility links
The Psychology Of The Honor System At The Farm Stand : The Salt People like using the honor till at farm stands because being trusted feels good. Still, it's not universal. Even if most people do the right thing, eventually someone's going to take all the money, researchers warn.

The Psychology Of The Honor System At The Farm Stand

The Psychology Of The Honor System At The Farm Stand 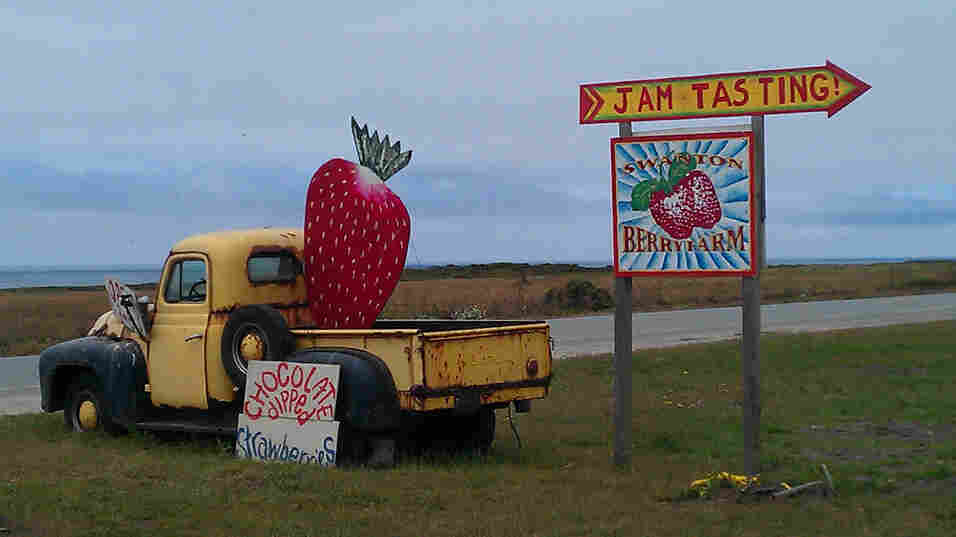 Swanton's customers and other farm stand customers like paying through the honor system, but why? shanestar/Flickr.com hide caption 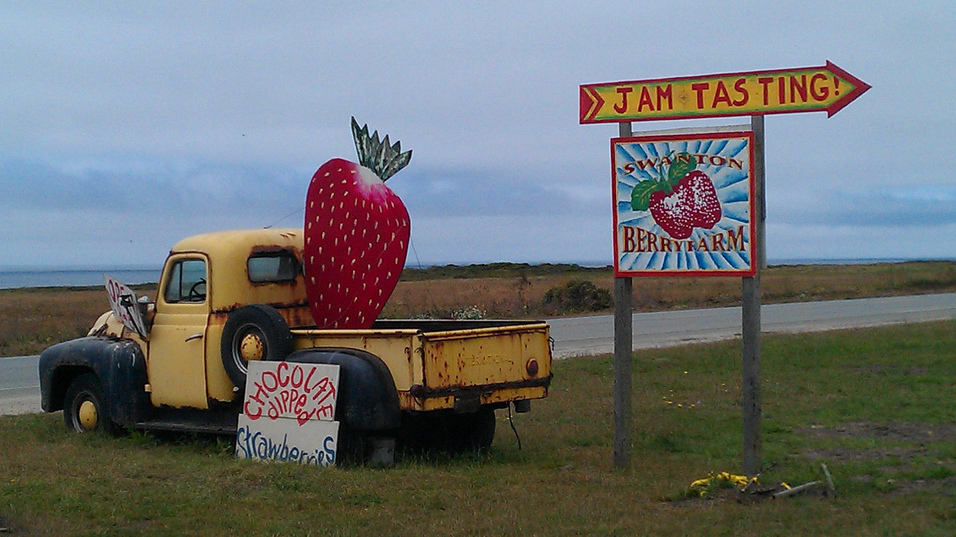 Swanton's customers and other farm stand customers like paying through the honor system, but why?

In a state full of tasty surprises, count the Swanton Berry Farm, along the coast highway just north of Santa Cruz, California, among the most charming. At this pick-your-own, certified-organic berry field and farm stand cafe on the planted bluffs above a tumbling surf, you can pick or picnic with ocean views — and, if you're lucky, catch a glimpse of a grey whale and her calf migrating north from Baja. Locals bring out-of-town guests to Swanton's to swoon over the juicy organic strawberries or blackberries on buttery shortcake, or the scones slathered with tartly sweet, small-batch strawberry-citrus jam.

But what customers seem to love at least as much as the expansive views and good food is Swanton's old-style method of payment: Step up to the unmanned counter whenever you're ready, figure out what you owe (scratch paper provided), and stuff the cash through a slot in the honor box. Swanton founder Jim Cochran says his stand has thrived for years on the honor payment system, a style of business he first admired as a college student at his favorite bakery in Santa Cruz decades ago.

"I used to get there real early," he remembers, "and you'd see the owner in the back making donuts. You helped yourself to coffee and donuts, and he just left the drawer to the cash register open so customers could pay and make their own change."

Though the trusting business model certainly isn't crime-proof, honor boxes remain a point of nostalgic pride and practicality for a number of small farmers across the U.S. from Washington, Mo. to Kaua'i, Hawaii, who think their time is better spent tending the crops than manning a roadside stand.

And today at his farm stand, Cochran says, just as at the donut shop years ago, most customers leave more money than they owe. 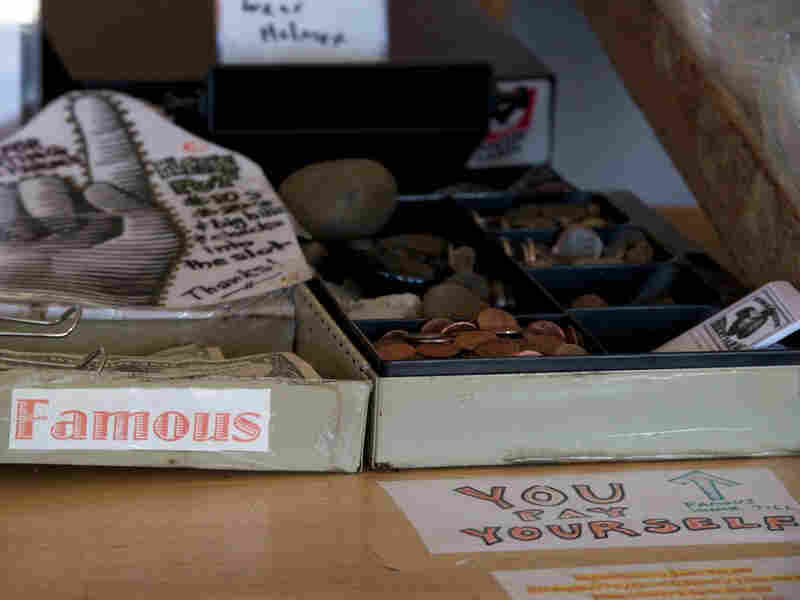 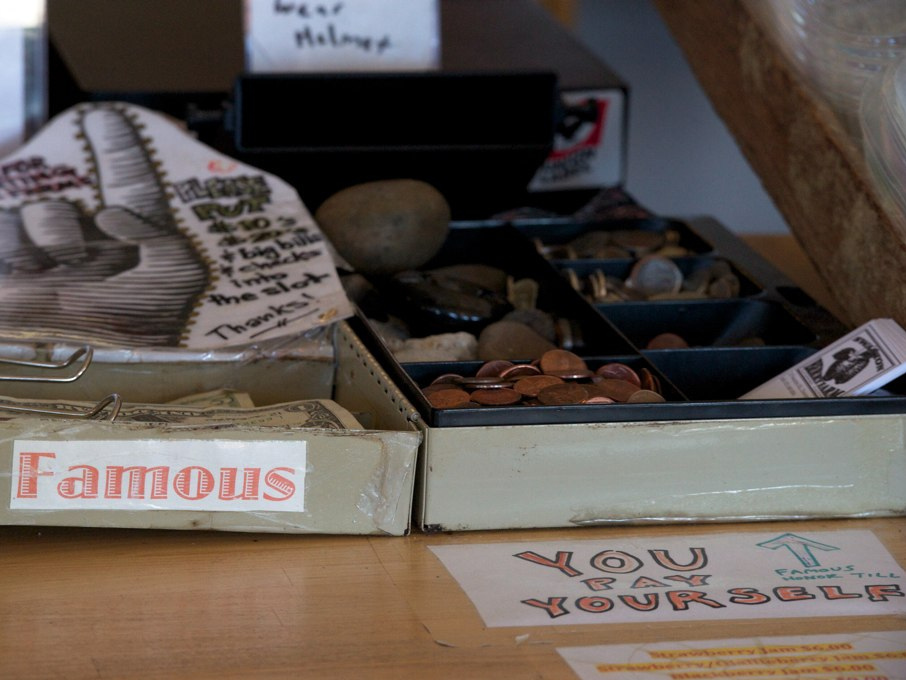 That doesn't surprise social psychologist Michael Cunningham of the University of Louisville who has used "trust games" to investigate what spurs good and bad behavior for the last 25 years. For many people, Cunningham says, trust seems to be at least as strong a motivator as guilt. He thinks he knows why.

"When you sell me something I want and trust me to pay you even when you're not looking, you've made my life good in two ways," Cunningham tells The Salt. "I get something delicious, and I also get a good feeling about myself. Both of those things make me feel good about the world-- that I'm in a good place. And I also see you as a contributor to that good — as somebody I want to reward. It's a win win."

Over the last decade, Paul Zak, an economist and brain researcher at Claremont Graduate University, has worked with colleagues to tie that burst of "good feeling" that most of us get when we trust and are trusted to the brain's natural release of the peptide oxytocin, the same quick-acting neuropeptide found to contribute to bonding and attachment between a mom and her newborn, or to affection between mates.

An experimental squirt of the peptide, which Zak calls "The Moral Molecule" in his new book by that name, also makes most people temporarily more generous to strangers in trust game experiments. Zak recommends at least eight hugs a day — maybe not to strangers — to boost oxytocin levels naturally.

Still, seller (and hugger) beware: Cunningham says in more than two decades of research on honesty, he's found that about 25 percent of people are consistently honest in the way they behave, 25 percent mostly honest, 25 percent are dishonest, and 25 percent are erratic. "Even if most people do the right thing or add extra money to an honor till," he says, "eventually somebody's going to come along who tries to take all the cash."

Those odds don't deter Barb Clerici, who sells fresh produce and eggs via the honor system at a farm stand on the edge of the ranch where she and her husband raise free-ranging Rhode Island Reds, Leghorns, and Cornish Cross chickens in California's Napa Valley.

"A lot of people leave more than we request, along with notes that say they really value what we're doing here," Clerici says. "The experience has been overwhelmingly positive. The way I see it, my customers are putting a lot of trust in me that my products — eggs and chickens — are handled right, that they're safe and of high quality. Why shouldn't I trust my customers, too?"