Accessibility links
Is The Coconut Water Craze All It's Cracked Up To Be? : The Salt Coconut water, both fresh and canned, is a popular post-workout drink, but unless you run marathons or workout for more than 90 minutes, you can probably stick to water for rehydration. 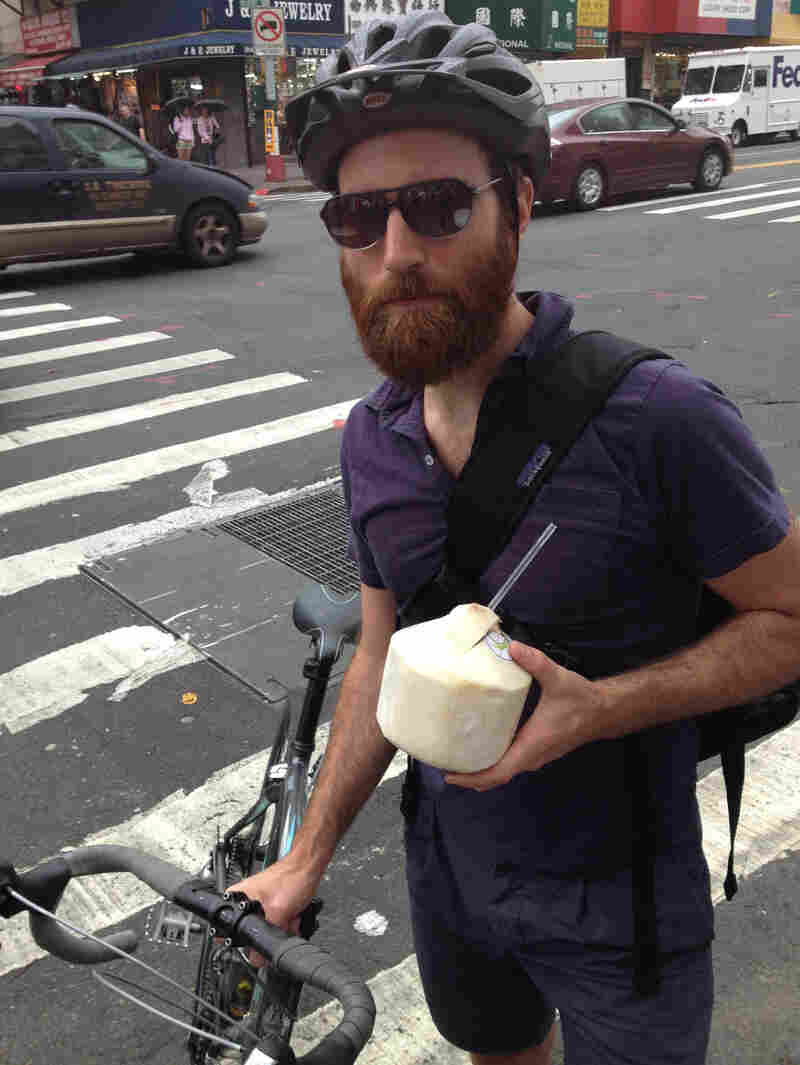 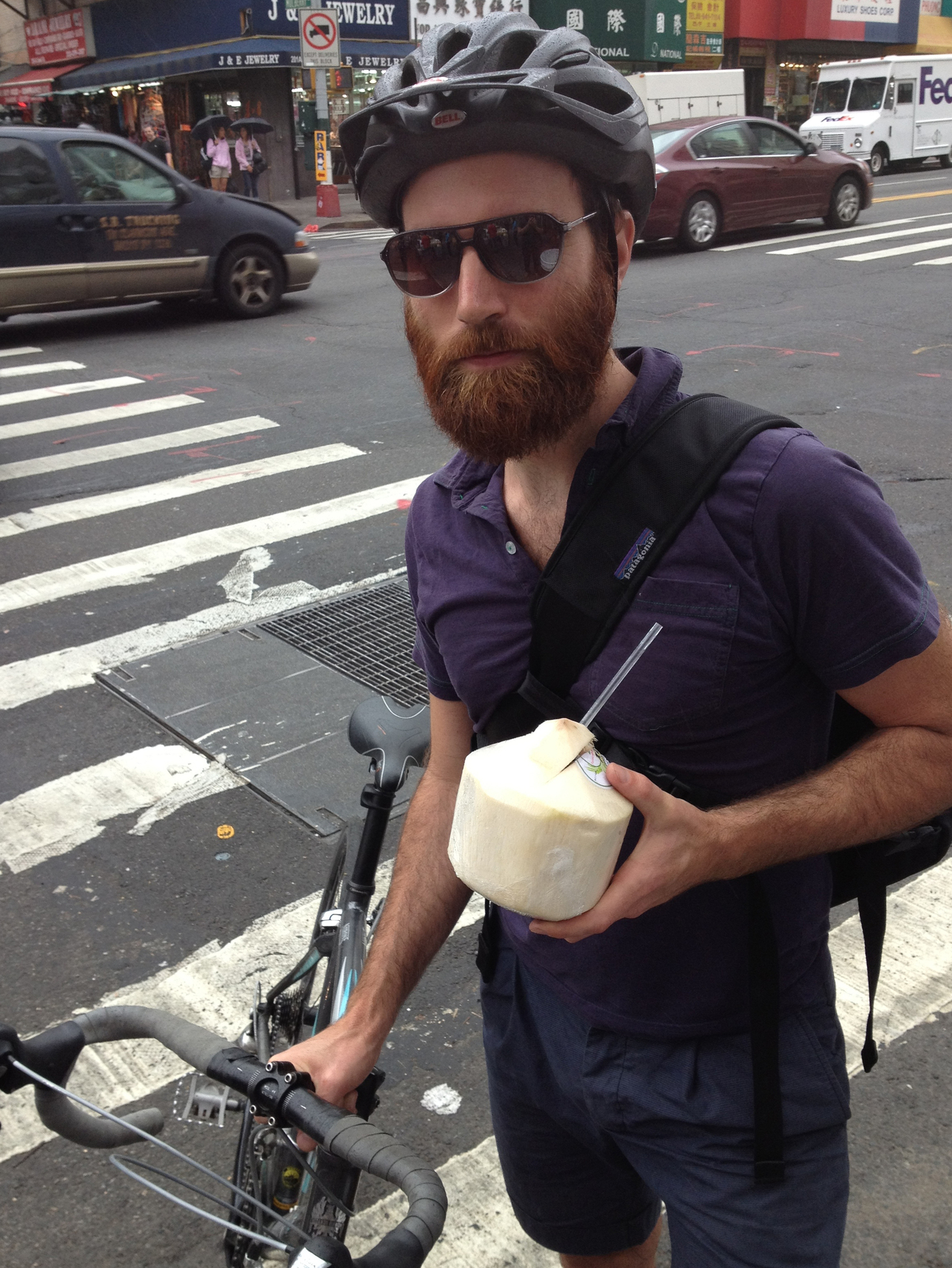 You've probably seen them in the grocery store — cans of coconut water with their come-hither photos of young, green coconuts, tops sheared off, a straw poking out, and blue and green boxes that evoke cool, tropical breezes. Some vendors even sell the real thing. Artist John Gordon Gauld enjoys fresh coconut water when he's thirsty after biking through New York City.

"Its fresh and quick," he says. "There's a lot more flavor when the coconut water comes from a fresh coconut" versus a box or container. But nationwide, boxes and even cans of the newly touted "natural" sports drink are now proliferating on supermarket shelves, in specialty food stores and yoga studios. U.S. coconut water sales doubled in 2011, and will reach an estimated $110 million in sales this year. And, according to market research, the demand is likely to continue.

But is it really any better for you than plain old water?

Coconut water contains two minerals that help balance fluids in the body, sodium and potassium. "The big deal about coconut water is that it packs a potassium punch," says Andrea Giancoli, registered dietitian and spokesperson for The Academy of Nutrition and Dietetics. It's a natural source, she adds.

Potassium is important for heart health, she says, regulating blood pressure and other body systems. But coconut water is "not magical," says Giancoli. People do not need to drink coconut water in order to be healthy, she says. "There's plenty of potassium in food and if you eat a healthy diet, you'll get all you need." Potassium rich foods include bananas, potatoes, kidney beans, lentils, spinach and papaya.

Nutritionist Monica Reinagel says when you get potassium from your normal diet, you get lots of other good stuff too, including "vitamins, minerals, antioxidants, and fiber." A shot of potassium is fine, says Reinagel but "I'd hate to see coconut water touted as the primary source of potassium," because there are lots of other sources that provide lots more benefit.

Now it's important to note: Coconut water is NOT like the coconut milk that comes from those hard brown and hairy coconuts. Mark Rampolla is founder and CEO of Zico, one of the most popular coconut water brands.

Coconuts are best when they're young, he says, about nine months old. "At that point, they're just filled with water," says Rampolla, who first came across the drink while volunteering for the Peace Corps in the early 1990s in Costa Rica. He was intrigued how local communities depended on coconut water to replenish and re-hydrate after illness or even childbirth. In fact, people in countries where coconuts grow have been drinking fresh coconut water for years.

As the coconut ages, that water morphs into the white coconut meat that's often pressed to produce coconut milk or oil. That's where the concern about dietary fat comes from. But this is water. There's no fat, says Rampolla, "and that water when you get it at the right time, it's at its peak of electrolytes and natural replenishment that people know and love."

But even if people love coconut water, Reinagel says, most of us just don't work out long enough or hard enough to seriously need it. Most people exercise for an hour or so, she says. "They really don't need an electrolyte replacement drink," she says, "all they need to rehydrate is water." And for those who really work out hard for 90 or more minutes, iron man types and marathoners, Reinagel says the mineral they need most is sodium and, actually, "coconut water is fairly low in sodium."

Bottom line: If you like the taste of coconut water and can afford it, enjoy, says Reinagel. But coconut water isn't cheap, running around $2 to $3 a serving, and it's no miracle drink.